I had to make the decision whether I wanted to keep Sage in the room another night or let him go.

I thought about it for a while, and ultimately realized it wouldn’t matter if we gave his body away to the mortuary that day, or the next — it would hurt us the same either day.

His little body had changed from the day before. He seemed smaller and much more fragile —so I chose to let him go Thursday afternoon.

We made a few phone calls and arranged for his body to be picked up from our room in the afternoon. I also made arrangements to get discharged at the same time he would leave the room. It just didn’t make any sense for us to stay without him there.

Once arrangements were made, we asked our families to allow us to be alone with our son before we had to let him go. They helped us pack our bags, clean the room, they changed Sage into his “Baby Soto” onesie and wrapped him nicely in a blanket before they each said their last goodbye to him.

I changed into my “going home” clothes and sat in the hospital bed one last time. Martin sat next to me and we spent the last hour and a half alone with him —rocking him, hugging him, talking to him, kissing him, admiring him. I cried knowing that was the last time I would hold him. At this point, I still could not believe any of this was happening. I still could not fathom why our child had to be the one with a lethal condition, why he had to be taken from us. I even questioned why couldn’t I at least keep his body intact forever, as it was in that moment, fragile yet so beautiful —keep his body so that I could just hold him whenever I wanted.

THEN, WE HEARD A KNOCK ON OUR DOOR. TIME HAD FLOWN. WE LOOKED UP AT THE CLOCK AND TWO STAFF MEMBERS FROM NATURAL GRACE ENTERED OUR ROOM AS SCHEDULED. THEY WERE THERE TO PICK UP SAGE.

They had a small burgundy mortuary baby carrier and said “you can place him here whenever you’re ready, take your time.” There was nothing we could do anymore —we had to let him go whether we wanted or not. We kissed him one last time and I placed him inside the carrier where his body was then completely covered in a white blanket. They verified all documents, made sure they were taking Sage Soto and then they zipped up the bag, said their condolences, and walked out of the room with him.

When we both managed to stop crying, I was wheeled out of the hospital and Martin brought the car around to the front entrance to pick me up. We made it home fairly quickly and when we parked, we looked at each other recognizing a sense of stillness and a feeling of emptiness. We held hands as we realized we were about to walk inside our home empty handed.

COMING HOME THAT THURSDAY NIGHT AFTER LETTING GO OF SAGE WAS THE WORST DAY OF MY ENTIRE LIFE.

Upon opening the doors to our apartment, my mind went dark. I immediately began to cry and within seconds I felt disoriented. I still had that feeling of Sage in my arms and I remember scratching them to try to make the feeling go away. I longed to hold my son in my arms and I knew I wasn’t ever going to hold him anymore, so I literally wanted to rip my arms apart. I was either going to do that, or my baby needed to somehow come back to me.

My body could not stop shaking, and I could not stop walking back and forth. The tears just kept pouring from my eyes. I remember I sat on the couch for a few seconds, slapped my legs and my face, and talked out loud to myself. I don’t remember exactly what I was saying but I know I kept asking for my baby. I really, really wanted him back. I even dropped to my knees at some point and I begged God to bring him back, to make an out-of-this-world miracle and make him appear in my arms again.

EVEN THOUGH I WAS IN THIS DARK PLACE, I WAS CONSCIOUS SOMETHING WAS HAPPENING IN MY BRAIN AND I WAS AWARE THAT I WAS REACTING TO THE LOSS OF MY BABY. I FELT LIKE I WAS GOING CRAZY — AND I WAS VERY AFRAID OF GOING CRAZY.

My husband watched me for several minutes before talking me back into my senses. He was crying and grieving in his own way but managed to bring me back. I remember he held my hands tight, made me look him straight in the eyes, had me take a couple deep breaths and very seriously said “come back, you’re here…you’re here, your feet are touching the ground, you’re home, I’m holding you.”

He said he needed me in the present, and handed me Sage’s dinosaur blanket that still had his baby scent. Holding his blanket was a good idea, it made me feel…better, like I had part of Sage.

HONESTLY, IT’S ONE THING TO IMAGINE OR THINK YOU’RE GOING TO BE OKAY WHEN YOU LOSE SOMEONE, AND ANOTHER THING WHEN IT ACTUALLY HAPPENS. BECAUSE WHEN IT HAPPENS, IT’S HAPPENING FOR REAL, IT’S REALITY.

You think you’ll deal just fine — but then you meet your baby, you hold your baby in your arms, you fall in love, and within hours he’s gone. The last few months you were fine, throughout the last few days you were “okay,” you coped well, but now that he’s gone, physically gone, away from your sight, away from you, you feel like you’ll go crazy. Nothing you ever did prepared you for this, and now you’ll forever grief. 🖤 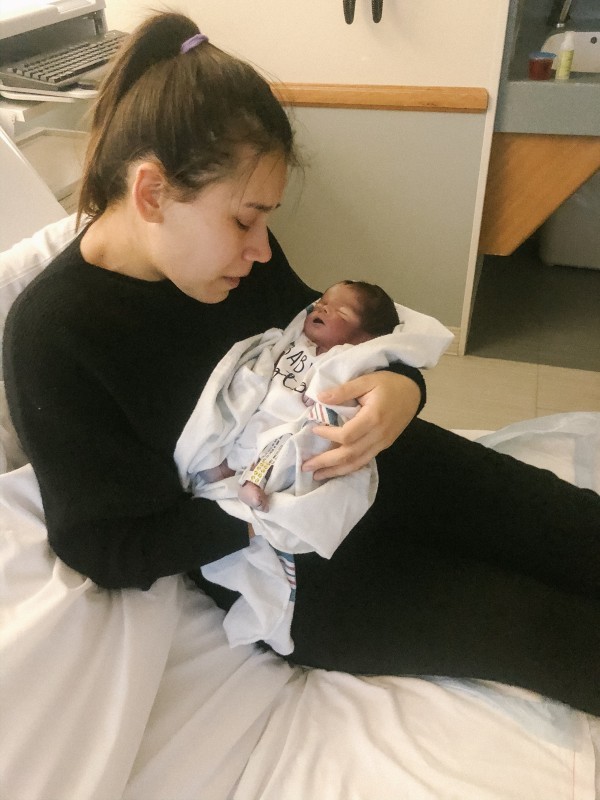 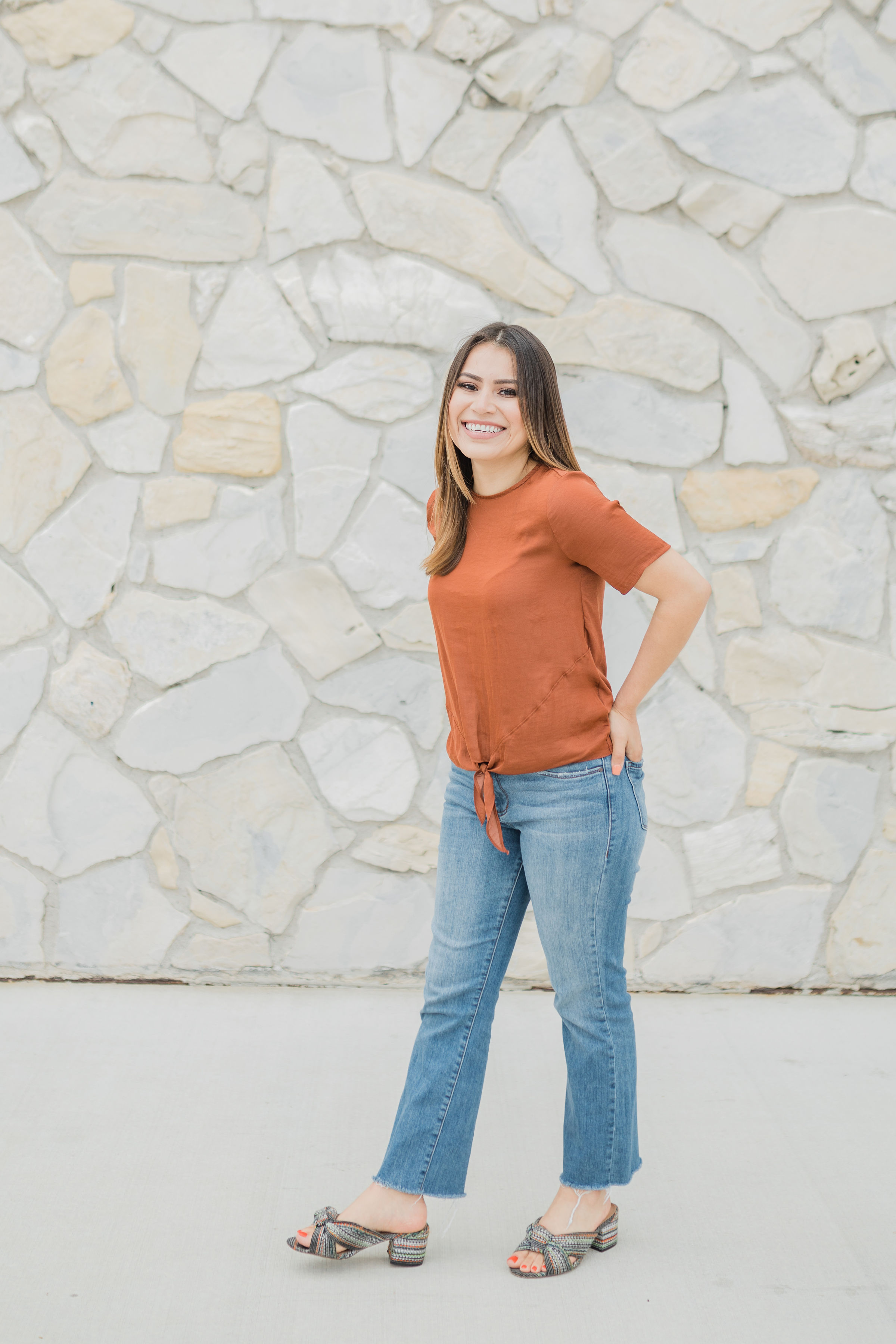 Adeyling is a newly bereaved Mom who shares her personal experience and reflections about the loss of her son Sage in hopes to continue his life story. After a missed miscarriage at the beginning of 2018, Adeyling was blessed with yet another chance at being an earthly Mom last summer. However, at just 19 weeks pregnant, she learned that her unborn son had a rare skeletal disorder that would cause him to die shortly after birth. Upon learning her son’s lethal condition, she and her husband made the decision to continue the pregnancy and celebrate the short time they would have with their son. Sage Soto was born on January 29, 2020 and lived for 61 minutes before dying in his Adeyling's arms.

How we learned our son had a lethal condition, and why we kept it to ourselves
Preschool: The Day No One Told Me I Would Dread
His name was Lochlan Michael, he was born November 20th 2015.
advertisement

How we learned our son had a lethal condition, and why we kept it to ourselves
Preschool: The Day No One Told Me I Would Dread
His name was Lochlan Michael, he was born November 20th 2015.