We Can Do Better When It Comes To Toddler Sizeism: Here's A Start

Published by Danielle Sherman-Lazar on August 18, 2018 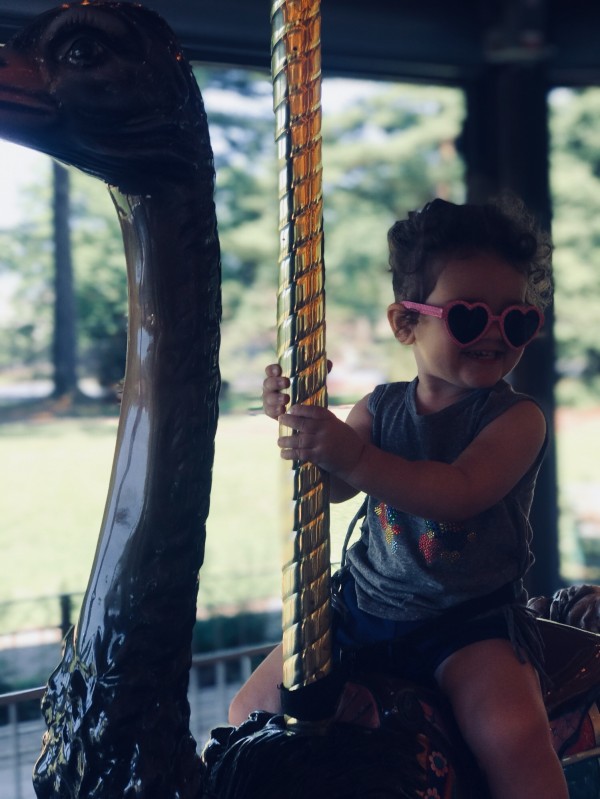 Gosh, I hate that there is a part two to this, but I think this is going to be a multiple part story because of what our society deems important—and our general messed up cultural values. Today we went to a play space and ran into someone we hadn’t seen all summer long.

“Hi, sweet boy,” I said looking at her son, who was playing in a fake sandpit made of wood cubes--which must be used for torture somewhere. It. Hurts. So. Bad.

She saw my daughter who was wearing a tight-fitted pink dress with stars. My daughter picked it out herself. She loves her dresses. This boy’s mom took one good look at my little girl and said, “Wow, she’s thinned out, but she looks good.”

I looked at my daughter, who was unfazed by the comment--thank goodness. She was setting up a tea party—which I didn’t want this lady to be invited to. Not after that comment!

“Well she ran around a lot at camp this summer,” I muttered, seeing a lot of red—the steam was starting to boil out of my ears—like I was a Tea Kettle about to whistle. Oh, and what I was going to whistle wasn’t going to be pleasant. We do this little song and dance way too often.

“She looks better,” she had the audacity to add. What baffled me was this is not a malicious person. That is the sad thing. This is just how ignorant our society can be about the power of words and word choice. It’s like people are so used to saying whatever they want behind a screen that they are desensitized in some way.

I just redirected my daughter elsewhere--- smiled and walked away. I didn’t need to get into it, especially in front of my daughter.

She is a baby. Two is a baby. Babies have “baby” fat and they lose it as they get older and move around more. She maybe lost a roll. Maybe she is down to two rolls instead of three.

But better? No, my daughter always looked good.

There was no reason to even get into this off-putting comment which was again said in front of my daughter.

The sad thing is people are always going to make comments about her size and I can’t shield her from these ignorant comments, but I can teach her the value of herself as a person so it lessens the blow. But as a society, we can do better. So I am here to offer some alternatives. If you think a baby does look better after slimming out (which I can’t even believe people think!) say this:

“She has gotten even cuter if that is possible!”

“She is growing up. I can’t believe what a little lady she is becoming.”

Here are some small talk options to use if you can’t think of anything else to say: “What is she/he into now?”

“What classes are you taking in the fall?”

I mean there are so many questions to be asked. So many questions. In fact, let’s list some in the comments and compile a long list of alternatives. Let’s try to make a conscious effort to avoid size talk.