What I learned from my son's death

Published by Vivian Moore on September 6, 2020

It is the news no mother wants to hear – a phone call in the middle of the night from your child’s phone. And when you answer it, there is a stranger’s voice on the other end. Immediately, horrible possibilities run through your mind as your heart races, and you begin to pray silently that your worst nightmare is not about to come true. However, for me, it did.

The person speaking was a police officer who told me that my son had been involved in a vehicle accident. Since he was at college out of state, the police could not personally inform us and were concerned we would find out from social media before they could get the local police to do an official notification.

My husband and I dressed in a daze. My neighbor came around to look after our other children. We left them sleeping, seeing no point in waking them. My mother was already on her way to our home. According to the people I spoke to, I made these arrangements, although I have no memory of it, even to this day.

This was not happening to me

Numbed, we got into our car and drove to where our son was, about three hours away. There was little we could do, except to pray for his survival. Every mile seemed to take forever, and my arms ached for my beloved son, my eldest child, my baby.

I remained optimistic that his injuries would turn out to be less serious than I thought, and he would recover. I did not imagine myself thinking about funeral arrangements and finding a football cremation urn from Memorials.com to honor his life.

When we finally arrived at the hospital, a grim-faced doctor informed us that while our son was still alive, he was in a critical condition. There was not much more they could do for him right then, and the next 24 hours would be critical. I raced to be by his bedside. When I entered the room, I barely recognized him. I sat next to him, holding his hand, talking to him about anything I could think of, singing songs from his childhood, and begging him to fight.

However, it was apparent that our beautiful boy was not going to survive. We had to make the hardest choice we have ever faced as parents, turning his life support machines off. Doctors and nurses allowed us enough time to say goodbye to a young man who would be leaving this world too soon. Hospital employees had found his organ donor card in his wallet. And then, too soon, it was over.

Only then would we find out what had happened to our son that night. A drunk driver had collided with his car head-on. Paramedics say that it was a miracle that he was alive by the time they got to him. I believe that he fought so hard to stay alive until his father and I could see him one last time.

However, his spirit continues to live on in the things I see around me each day, in singing of birds, butterflies that flutter across my garden, and the photographs that surround our family. I see his smile on his siblings’ faces, and I realize that the precious time I had with him was a privilege. The pain of grief never goes away, but it dulls as time passes. It becomes interwoven in the fabric of your new normal. But, despite the pain, I will never regret his life and how lucky I was to be a part of it. 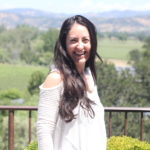 Vivian is a mom to a spunky little girl and married to her college sweetheart. She is a full-time stay at home mom, a part-time swim coach, and the Community Engagement Coordinator for a marketing company. Vivian is a wine and cheese fanatic, a small-scale shopaholic, and a reading enthusiast.

Our Little Heart Warrior
For the rest of my life, I will miss you.
Doctors said our adopted son couldn't heal. We're thankful we didn't listen
advertisement

Our Little Heart Warrior
For the rest of my life, I will miss you.
Doctors said our adopted son couldn't heal. We're thankful we didn't listen