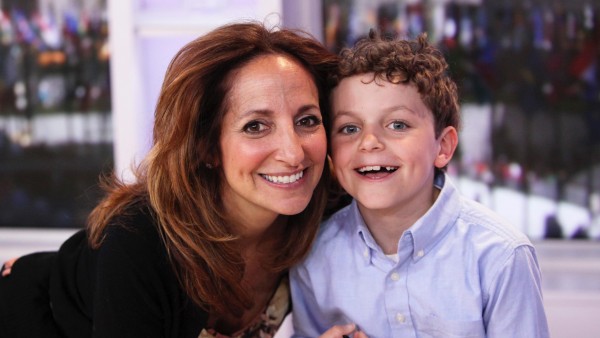 One evening while sitting around the dinner table, our son asked to speak to me in another room. He was 4 at the time. He didn’t want to talk in front of his dad. He took me into the foyer of our house, sat me down and asked why dad is so old. My husband is 10 years old than me … well, 9 and a half, if you want to get technical. He was 51 when our son was born. "All the other dads are in their 30s and 40s and my dad is in his 50s. Why?" he asked.

I looked at his little inquisitive face and my heart melted. I explained that dad and I had found each other later in life, and we did the best we could getting pregnant as fast as we could. And then the important stuff dawned on me. Parenting isn't about age. “Hey, dad throws a football with you in the yard, right?” “Yes,” our son said. “And he shoots hoops with you, right?” “Yes,” he said. “And he takes you to fun sporting events and comes to all of your games, right?” “Yes,” he said again. “So who is cooler than that? And besides you have a grandfather who’s still pretty young, right?” My dad was about 67 at the time which, considering I was 45, was still on the young side for a grandfather. “Yes,” my son shouted, “and he’s good looking too!” So there! We were good. “How old are you mom?” “Twenty-eight,” I blurted.

I didn’t want to scare him. I didn’t want him to worry that we were both older and that there might be a possibility we wouldn’t be around to see him get married and have children, especially if he does it as old as we were. I didn’t want him to think we couldn’t do anything younger parents could do. I know it’s wrong. I couldn’t help it. He deserved to have youthful, playful parents who didn’t fall asleep during “Nemo” and get winded after one run around the playground. But truth be told, we were old”er”. He seemed very happy that I was 28. Our babysitter Oni was 28 as well which is why perhaps that age came into mind right away.

Fast forward a few years. My 50th birthday was approaching and everyone was making a big deal of it. While many of my mom friends weren’t far behind, I was the first to reached this blessed milestone. My friends wanted to know how I was going to celebrate, did I want a party, was my husband throwing one for me, should it be a surprise or do I want to know about it … This went on for weeks. Now, mind you, my little age secret was unbeknownst to my friends. They had no idea my son thought I was a millennial. Why would they? My son and I discussed it and that was that.

Well, I was working on the TODAY show when I turned the big 50. I was the producer of the hour hosted by Kathie Lee Gifford and Hoda Kotb, also known as the Happy Hour. On my birthday they ever so generously rolled out a table holding champagne glasses and a huge cake with, that’s right, 50 candles. To add insult to injury, my “friend” and boss at the time thought it would be a good idea to flash 50 on the screen over and over and over again. I was overjoyed at the honor of being celebrated. And then I realized this was live television and hard to shield my son from.

“Fifty! You’re 50!” my son said in absolute tears that night. “I thought you said you were 28!!! That’s not fair. You and Grandma are going to have more time on this planet together than me and you will!!!” The tears had turned into complete sobbing. My heart hurt, badly. And then through the tissues he said, “I always thought you looked older than my babysitter!” OK, that hurt. I mean, it was true, and we all know if anyone has no problem with honesty, it’s children. I felt awful. I never should have lied but how many times as parents do we tell little white lies to protect our children? I should’ve known better. I do know better. But at the time it was easy to pretend. After all, what does a 4-year-old know? What I didn’t take into account was that that 4-year-old was going to grow up and know better. I learned my lesson.

And I also know this: Any mom over 40 can stir up a kitchen dance party or go 1-on-1 on the basketball court just as well as any 28-year-old, or perhaps even better, because we know what’s important … because we’re old. Maybe parenting is about age ... and the wisdom that comes with it. 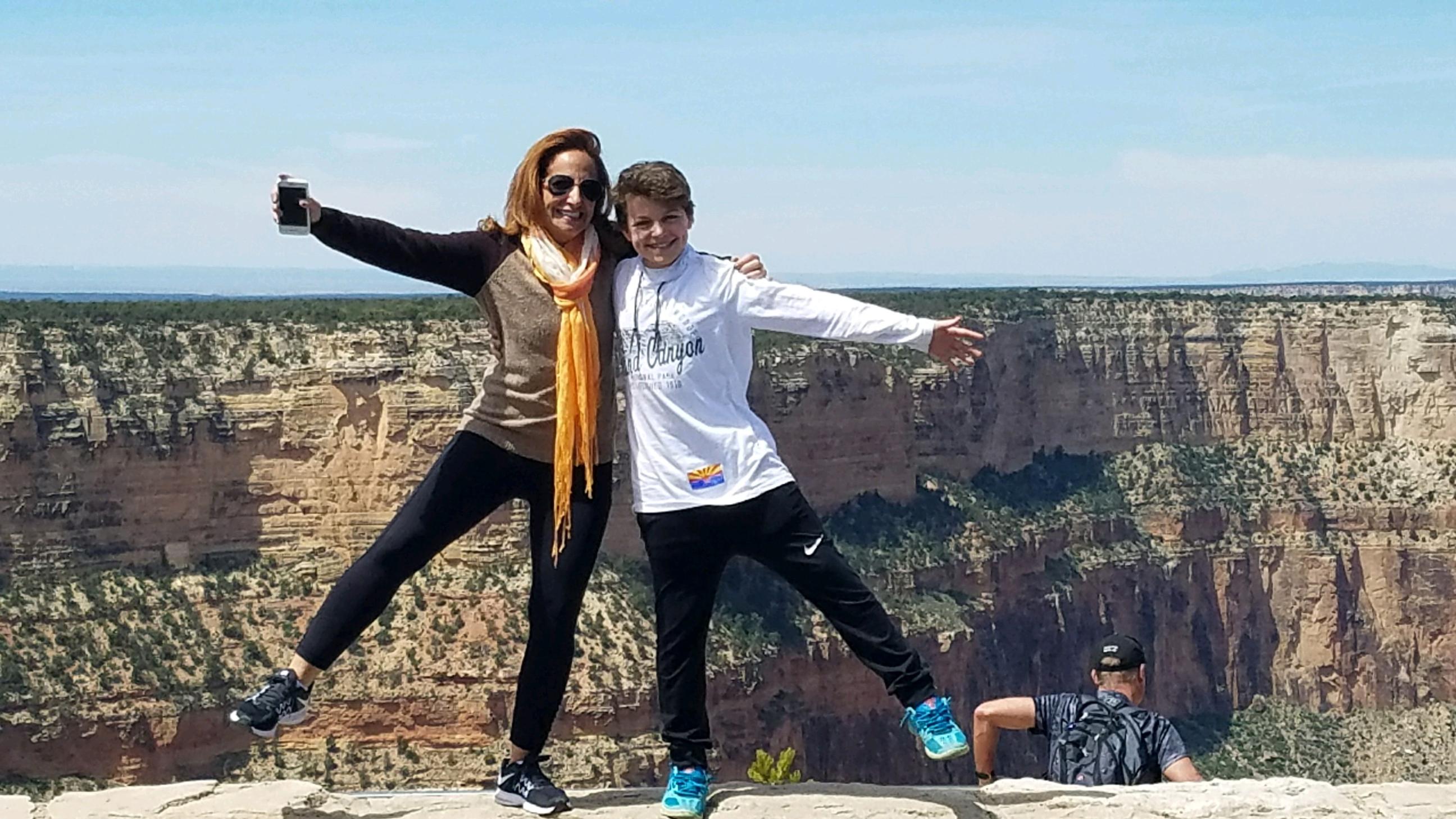 Just take them to the courts or Why our sons need our time
You Lead and They'll Follow
'How many children do you have?': How I deal with questions that don’t have easy answers
advertisement

Just take them to the courts or Why our sons need our time
You Lead and They'll Follow
'How many children do you have?': How I deal with questions that don’t have easy answers