When No One Wants To Be Part of Your Village

One dark dark, dark night I walked into room to find my daughter weeping as she tried to end her life. The relentless bullying that she had be enduring had gotten so bad that the only way she could think of to end the pain was to kill herself. She felt utterly alone that night, and I was utterly alone for the next few YEARS as we helped he recover.

Having a child with mental illness can be polarizing. It can also be very, very lonely. While I struggled with getting Ally the help that she needed, all of my "friends" faded away and when I needed someone the most, I was left alone. 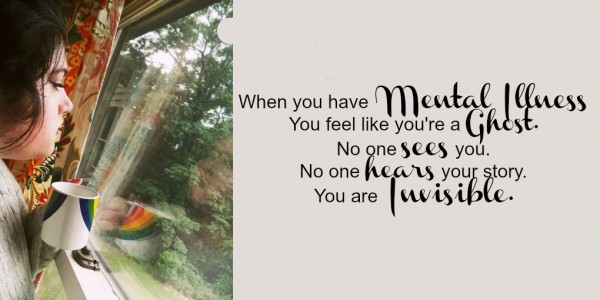 For 8 months, I didn't leave Ally alone. Not to go to the bathroom, not to sleep, not for one second. And although I was never alone as I was always with Ally, I was so lonely. I wished SO badly for a friend to talk to, to scream and cry and have someone, anyone tell me it was going to be okay. But it seemed as though everyone was terrified with fear that my daughters mental illness was contagious- and that if it could happen to US- a family that seemed to be perfectly normal, than it could happen to them.

The truth is, it CAN. My daughter was, as far as I knew- happy, popular and doing well. She was a competitive cheerleader and outstanding singer. And yet, int the darkest parts of the night, she begged me to just let her die. She had been told so many times by her peers that she was worthless.

It took quite a while to get to where I could honestly say that Ally was "better". Mental illness, like her depression and social anxiety doesn't ever go totally away, but with lots of therapy and medication and HUGE amounts of love and support, she is doing well. In that time, I struggled to find someone to be MY support. I needed someone who I could go to when I got a rare break or just to talk to on the phone when I needed to say OH MY GOD I DON'T KNOW HOW I AM GOING TO GET THROUGH ONE MORE DAY OF THIS.

I finally found what I needed in a group of friends that I have never met. When I couldn't find IRL (In Real Life) friends who would be there for me, I found a some who might live 2000 miles away but was THERE for me when I needed them. Some were in online groups of kids who have dealt with depression, bullying, or suicide, and others were just online friends that I've had forever.

Because I was so alone, I made a point to be there for other parents who are dealing with the stuff that seems to scare so many people away- suicide attempts, mental illness, self-harm, and bullying. I get at least 6-7 message through my blog and social media asking for help, advice, or just an ear to listen. I get those parents that feel like that have no where else to turn- their Village is empty- everyone has run away from the monsters that live there- but what they don't realize is that they are running away from the saviors, too. 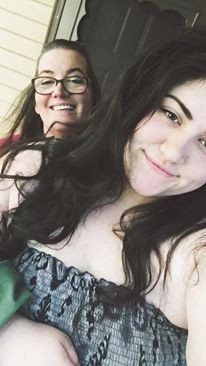 When no one wants to be part of your Village, sometimes you just have to decide to start your own Village. It's scary and so much work, but it is worth it in the end. I've found the best way to start a Village is to be there for others- search them out, and say, hey, Me, too, and I'm here for you.

September is Suicide Prevention Month, and October is Bullying Prevention month. Please take a minute and reach out to a PARENT of a child dealing with suicide, depression, mental illness, or bullying. It happens all year long, but this is a great time to reach out.