Why My Special Needs Family Stopped Going to Church

Published by My Dishwashers Possessed-Kathy Radigan on November 30, 2018 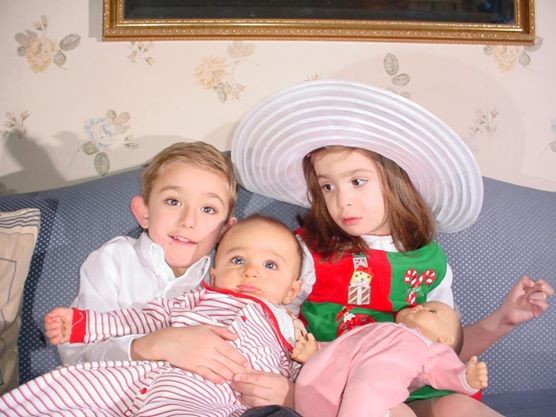 The other day, as the kids and I were driving home from picking up Tom from his after-school club, my youngest said, “Mom, there’s another baby Jesus,” referring to a manger scene on someone’s front lawn.

“Oh, that’s great. How many does that make this trip?”

“Four, that’s good. I wonder how many more we can find today.”

With that, Tom added that if we went the “long way” home, we would find at least two other manger scenes. Lizzy, 14, and Peter, 11, agreed this would be a good idea, so I happily obliged.

This has been a Christmas tradition for years. But with the kids getting older, I was pleasantly surprised that they were still into it.

We found the house that Tom was talking about. As I was starting to make the turn to our block, Peter asked me why there were three other figures in the scene.

“I’m not sure what you are talking about. There was Mary, Joseph, the baby Jesus, and the three Wise Men.”

“Who are the three Wise Men?”

And with that my heart sunk. My mind started to go a mile a minute. Is it possible that he doesn’t know who the Wise Men are from the first Christmas? Well of course it is. After we had kids, we were never regular churchgoers, and we haven’t gone at all in years. Unlike Tom, who spent two years at a Lutheran preschool, Peter had no such instruction.

Yes, we did say our prayers at bedtime. And I did speak about the birth of Jesus at Christmas and the resurrection of Christ at Easter. But that was about the extent of Peter’s religious education. How is it possible that I have just realized this? The kid is 11, and this was not in my well crafted parenting plan.

Both my husband and I were raised in the Christian faith. I went to Sunday school, sang in the choir, and made my confirmation in the Lutheran church. My husband was raised Catholic, complete with eight years of Catholic elementary school. We were married in the same church he was baptized and confirmed up in and where my father-in-law attended mass every Sunday. Before we had kids, we did regularly go to church.

All three of our kids were baptized as infants, and we are members, at least technically, to the same church I grew up in and that my mother goes to on Sunday morning.

So why does our kid not know about the Wise Men?

We stopped going to church when he was a toddler. It wasn’t planned. As a family with kids with special needs, church was one thing that became more complicated than we anticipated. After some futile attempts, we decided we could no longer do it.

The dyslexia that made school so hard for Tom to manage during the week wasn’t any easier to deal with at Sunday school. Lizzy’s developmental delays ruled out putting her in the church nursery during the service. When we took her to the service ourselves, she couldn’t sit still. Dealing with Peter was also a struggle. His ADHD made it impossible for him to sit quietly and listen.

It became a herculean effort to get everyone out the door each Sunday for 9:00 services. When we did make it, we would end up having to leave early because someone was crying or melting down. We took a break on going in the hope that the kids would settle down as they got older, but it never happened.

It was never my intention to deprive the kids of the same religious foundation that Joe and I had. I do know other families that have kids with issues that do make church a priority. As I pondered Peter’s question, I had to face the reality that I just couldn’t make it work for us.

Where do we go from here? I’m not sure. I have begun to read the Christmas story to Peter and he now knows who the Wise Men are. We are seriously considering going to church this Christmas. It is a day known for miracles.

This post was originally published on Kathy's site, My Dishwasher's Possessed, in 2016. Check out Kathy's new project, Every Family's Got One (a story that is)

My Family is Like Everyone Else's, Except When it's Not
Remember It's Never Easy Saying Goodbye
The Unbreakable Bond My Boys Have With Their Sister With Special Needs
advertisement

My Family is Like Everyone Else's, Except When it's Not
Remember It's Never Easy Saying Goodbye
The Unbreakable Bond My Boys Have With Their Sister With Special Needs