You Can Turn It Around 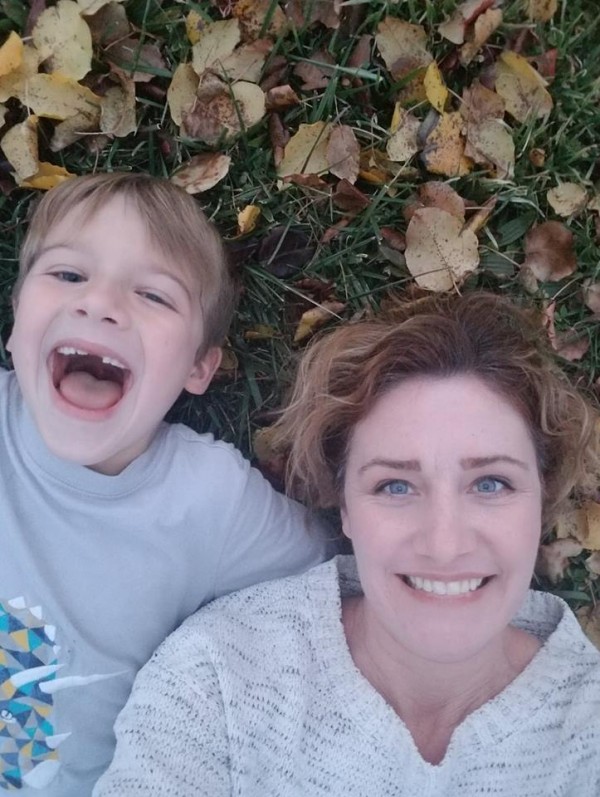 Have you ever had one of those parenting moments that hit you like a lightning bolt and stopped you in your tracks never to be the same again?

I had just gotten my first grader all settled in at the kitchen table with his spelling homework. He was supposed to write each word three times and he was already on word number two, so I left him alone to go throw some laundry in the wash. When I walked by him no less than five minutes later, he had traded his pencil in for a large silver sharpie and was writing each word as large as he could on one sheet of paper per word.

My first thoughts came flooding out of my mouth like a torrential downpour onto my son. It was accompanied my high pitch screaming wind.

WHAT are YOU doing?!

Why are you using a sharpie?!

Why are you writing one word on each paper?!

You’re wasting paper! This notebook is supposed to last you all year!

Who writes one word on each paper?!

It all came out like rapid fire before I looked down at my little one’s head downcast by all my fury.

Why was I so upset over this? Maybe it’s because as a mom my fuse had gotten shorter and shorter. Maybe I expected him to know better being that we were six months into the school year. I’m not sure. But the moment I saw his face, all that hurricane forced wind was knocked out of me.

I talk a lot about speaking life to my kids. It truly is one of the guiding principles of my parenting. I try to speak words that encourage them and point them to who they were created to be. But in this moment, there was no life. Only death. There is life and death in the power of the tongue and I was the grim reaper. It’s not that my questions weren’t relevant, but they were frustrated, accusatory, and angry.

As soon as I saw his face, I panicked.

Oh no. What are you doing? How can I fix this?

If you’re a parent, you’ve been here. You’ve overreacted. You’ve beaten yourself up at the end of the day for yelling too much or not having enough patience. You’ve promised to do better and by the next day, you find yourself in another unhinged moment.

But! I’ve got good news for you. News that hit me in that moment that made all the difference. News that can help you in your own parenting when you catch yourself in a moment that you regret.

You can turn it around.

YOU can TURN it around.

We’re not perfect. But we can make imperfect progress. And I believe the more we stop and turn it around, the quicker we’ll get it at.

I looked at my son and instantly shut my mouth. I bent down eye to eye with him.

Did your pencil break? You’re so smart to find something else to write with. You’re a problem solver. I’m so impressed how you always find solutions to your problems. And look how neatly you wrote that word. You’re handwriting just keeps getting better and better. You are becoming an excellent speller. I’m sure your teacher appreciates all your hard work. I’m so proud of you.

As I was speaking his head raised up like a parched plant that had just soaked up new, spring rain. My sudden turn around caught him by surprise and he looked at me wide eyed and curious.

Mom? Do you really mean all that?

And just like a lightning bolt shocks the ground leaving its mark, this moment burned into me. Whenever I find myself in a moment of coming undone, I can stop and turn it around.

I don’t have to wallow in the despair of the moment. I don’t have to throw my hands up and embrace defeat. I can turn IT around. It sounds so simple, but I believe that most things are. We just make them harder than they have to be.

Take a hold of the grace you need today and don’t waste one more precious moment consumed with failure. Because perfect parenting is all about making imperfect progress.

My baby is starting preschool and I'm not ready
Sometimes the bat breaks: Parenting through failures
Jumping the Shark in 2016
advertisement

My baby is starting preschool and I'm not ready
Sometimes the bat breaks: Parenting through failures
Jumping the Shark in 2016