You Gotta Protect Your Own, and Eat Your Heart Out, My Girl 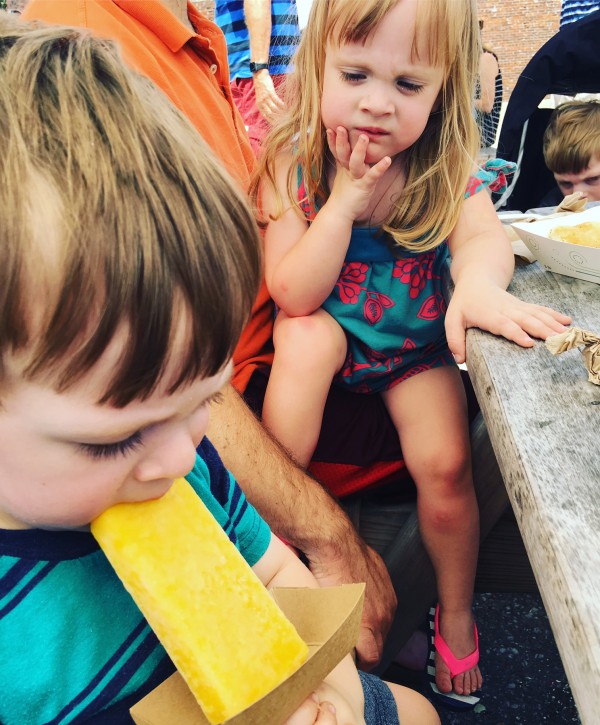 The farmer's market is a magical place—full of flowers and beef and freshly snapped green beans. Vendors really want you to eat from the mountain of blueberries and try a sample of that gluten free sourdough and meet the goat that made the cheese. The Saturday morning market will always be sacred because it was the first place we took all our kids as a freshly hatched family of five once our twins finally graduated from the NICU. They were tiny…smaller than the organic sweet potatoes. You could see sweet little old ladies fighting the urge to touch their pink bald heads. On that first outing we ate strawberry donuts from the food truck, drank all the iced coffee because I was so tired my edges were blurry, and stayed all of twenty minutes.

When we went back this summer season, it was a different world, or we were…three years farther down the road. We are a banded force now. Our family of five moved en masse like army rangers. We weren't feeling each other out anymore. The twins are threenagers and thrive on havoc. They careened ahead of us and their older brother bouncing off the legs of other pedestrians like deranged fidget spinners. They ate every single sample, including wrinkly kale leaves as big as their heads. Meanwhile, at home, I can't get them to touch a vegetable that isn't microwaved and covered in Velveeta.

Music and hunger drew us to the covered picnic tables away from the sun and hordes of people. It was nice to eat hot dogs and listen to the hipster in his Wayfarers picking some tunes on his acoustic guitar. Then came the encore and dessert…what is summer without popsicles? What is life really, without popsicles? So, I shelled out what would have bought a twenty-four pack of Fudgsicles at Publix for one mango and one raspberry lime "gourmet" popsicle. The verdict? In 80-degree heat and 150% humidity, it was worth it. This is when it happened—the moment that made me so fiercely proud and fearful for my daughter I might as well have stepped outside my body to hover a foot or so in the air—future me looking down at current me telling me to handle this right, or else.

Neither kid wanted the raspberry lime flavor—too "adult" they said with scrunched-up faces like they stepped in dog poo. "Yes," I wanted to say, "sometimes adulting really is a lot like a warm pile of dog poo" but handed over the mango pop instead. My son got it first. Because they are so conditioned to share, that twin thing again, his sister didn't protest. But I wish you could have seen the look on her face. Her little hands framed the stubborn set of her jaw as she eyed that popsicle like tiger's prey. She scrutinized the orange rivulets running down her brother's chin, measuring its diminishing stature by millimeters and seconds until her turn.

I watched that face as the music tilted up for a final breezy refrain and I memorized it. There's going to come a time in her life when the girls around her will be pushing their food from corner to corner on the lunch tray, hiding it under napkins and in trash bins, and pinching the skin on their bellies and thighs. There's going to come a time when that extra sample at Costco or the farmer's market will not feel so free of the "weight" of societal pressures. Unless, and here was my out-of-body moment, unless I work with all I've got to show her just how fierce she needs to be. I will give her Wonder Woman and Oprah and Ellen and Sonia Sotomayor and Maya Angelou and Virginia Woolf. I will educate and encourage and, perhaps most importantly, eat every popsicle and free sample too. Because I don't want her to lose that fierceness. Food is meant to bring vitality. It's why we first celebrated the summer solstice—to give thanks for the midsummer height of harvest and the provisions that will keep us humming for another season. Our bodies are designed to use every single morsel we give them to create energy that will motor us to our next creative or physical endeavor. I want her mind to be sharp, fueled by a well-nourished intellect. I want my daughter to be able to kick a soccer ball and write an essay and argue with the best of them.

And if her face, in the moment waiting for her turn, was a character study in ferocity, you should have seen the bliss when she took her first bite. Mango meets ice meets summer meets girl means a memory to keep. She will carry that feeling, the untroubled joy of it, with her like an amulet. And if she forgets, in the jungle of tween years, I'll be there to remind her. 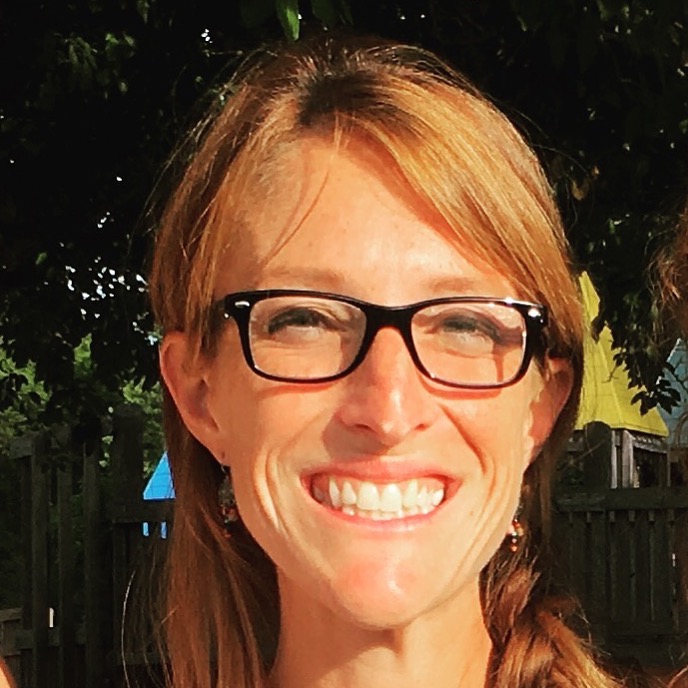 I'm a mom to a son with cerebral palsy and twins. I write about all things infertility and special needs related on my website, http://mom-gene.com

Because .... Popsicle Cheers!
The Road Trip From H-E-Double-Hockey Sticks
My Many Mommy Fails
advertisement

Because .... Popsicle Cheers!
The Road Trip From H-E-Double-Hockey Sticks
My Many Mommy Fails