3 Life Lessons I Learned From My Kids

The older my children get, the more I rely on them for advice. Sounds crazy, right? Why on earth would I seek insight and advice from someone who clearly lacks experience in life? After all, as their mom, I know far more than they do about… well, practically everything. To some, it might seem pretty inconceivable that their perspective could offer any value at all.

But, the truth is, it does.

Their ideas and opinions matter much more than I ever thought they would. How and when that happened, I’m really not certain.

It all seemed so cut and dry when I became a mom. I teach. They learn.

And, being the type “A” personality that I am, I took my job as their mom and teacher seriously.

Early on I taught them all the important things in life like how to eat with a fork, how to chew with their mouth closed, basic hygiene, manners, and how to pick up after themselves. As they grew older I stepped up my “mom game” and taught them other valuable lessons like how to be a good friend, how to handle conflict when it arises and how to be giving and kind.

Looking back I can remember days when I felt pretty darn proud of myself knowing that I was the foundation of their future, that somehow, through my infinite wisdom, I was molding them to become the wonderful human beings that they would one day become.

But, within the last few years, I’ve had a bit of a wake-up call.

Throughout their childhood, I always envisioned them as the ones soaking up all the wisdom rather dispensing it. Yet, I’ve realized that all the while, they were in fact, teaching me.

Somewhere between the exhausting days when they were little when my main goal was simply to keep them alive and the day I watched them drive off in a car by themselves, I developed a tremendous amount of respect for them. Today, after years of playing the role of mom and teacher I oftentimes find myself turning to them for insight and advice much the same way they came to me for advice when they were younger.

The lessons my kids have taught me are not only invaluable to me as a parent, but they’re also important and valuable life lessons I cherish and will carry with me throughout the rest of my life.

Here are three important life lessons I learned from my kids:

Embrace Your “Authentic Self” 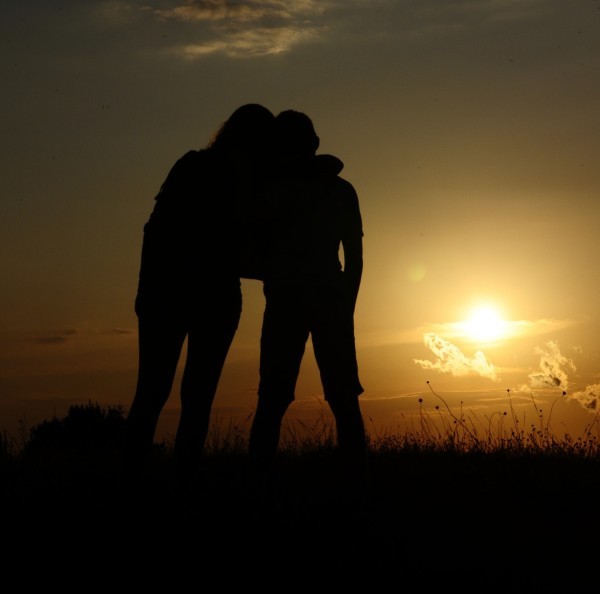 When my son was younger I did everything I could to “mold” him into the person I thought he should become. It was simple. Wrap him up in a nice, neat, perfect little package that fits into the norm of society. You know… follow the crowd. Nothing too far off base… nothing too far from average. Without even realizing it at the time, I wanted him to fit in. The sad part is, he was totally miserable. He wanted to branch out, be someone different, do something extraordinary and step out of the norm. Every time he tried, I resisted. Until one day, when I was driving him to elementary school, he looked at me and said, “Mom, it would really be great if you just let me be me.”

Wow… as I sat there listening to him, I realized that my well-intentioned guidance to “play it safe” was literally starving my son of his ability to flourish. He was right. I needed to let him become the person he was meant to be. After all, he wasn’t a reflection of me, his father or anyone else for that matter. He was his own person and I needed to step out of his way, give him my full support and allow him to become his own “authentic self.”

Fast forward a few years and my son is thriving doing everything he loves. He taught me such an important life lesson – when you’re truly comfortable in your own skin… when you really embrace who you’re meant to be, you may not be among the crowd, but in the end, you’ll be so busy being “you” that you won’t even notice or care.

The Power of Serenity

My middle daughter has the patience of a saint. It doesn’t matter what life throws at her, she always somehow manages to handle it with a certain calmness and inner peace almost as if she knows the outcome before it’s ever going to happen. I wish I could say she inherited this wonderful trait from me, but she didn’t. In fact, oftentimes she’s the one calming me down when I get fired up about things in life.

When she was young, I feared she was simply too easy going, patient and forgiving. I often worried that people might try to take advantage of her good nature and she would one day become someone’s “doormat.” So, doing what I thought was right at the time, I aimed to “toughen her up.”

My goal was to teach her to stand tall, speak up, and set people straight when they did her wrong. It was only after a few years of unsuccessful attempts to help her find her voice that I began to realize that what I originally viewed as a weakness was not a weakness at all, but an inherent strength that held more power than I ever imagined. Her patience, understanding and amazing serenity served as a magnet to those around her. If only I had realized it sooner… she was leading by example. In fact, she was leading me. Her gentle, kind and forgiving spirit has taught and inspired me to rethink my reactions and face the world with a calmer, more kindhearted presence.

Know Your Value and What You Have to Offer

My oldest daughter is a firecracker. She’s spunky, extremely independent and isn’t shy about telling you what she thinks. When she was young I often thought that if I could just “harness” her spirit maybe I could channel it into something productive. But, the more I tried to temper her character, the more determined she became to show the world what she had to offer. And, what I later found is that her perspective of people, relationships, and life was so intuitive and astute that, in fact, she deserved to be heard.

She had a gift. She had the ability to view the world and everyone in it with total clarity. It’s as if she had a profound message to share with the rest of us, “don’t judge me until you know me, don’t underestimate me until you challenge me, and don’t talk about me until you’ve talked with me.” The days of making excuses for my daughter’s behavior were over. Her innate gift to the world was so evident and yet, when she was young I didn’t recognize it. I was so busy as a young mom trying to “hush” her contribution to the world, I didn’t realize that she was teaching me and everyone around her the importance of remaining steadfast in knowing your worth because when you do, you never settle for anything less than you deserve.

I’ve learned so many lessons as a mom – far too many to mention. Some I’ve learned on my own simply by trial and error and living in the trenches of motherhood day in and day out. Others, on the other hand, are valuable lessons I’ve learned by listening to my kids, tuning into their feelings and emotions and remaining open-minded about the gifts they were given at birth. Gifts that I learned sometimes take a while to truly understand and accept. Perhaps the trick is to take a step back, slow down, unplug and relish in what we see, hear and feel. Perhaps then, and only then, are we able to soak in the beauty and profound messages that surround us every day, including the important life lessons we can learn from our children if we open our hearts and simply pay attention.

Collared: To all the teachers and village members who make a difference — one book report at a time.
To question myself, to fight prejudice and hatred, and to live an exemplary life.
To My Son's Future Girlfriend, Yes, Gentlemen Do Still Exist
advertisement

Collared: To all the teachers and village members who make a difference — one book report at a time.
To question myself, to fight prejudice and hatred, and to live an exemplary life.
To My Son's Future Girlfriend, Yes, Gentlemen Do Still Exist