I know what some of you are thinking.

“Ugh! Why do we always have to talk about race? Let’s talk about things that can bring us together instead of dividing us!”

I get it. The topic makes you uncomfortable, queasy, and annoyed. But as a black man, I have no choice but to talk about issues regarding race if I want those issues to improve. It’s like sharing a cubicle at work with an obnoxiously loud dude who likes to chew microwaved fish with his mouth open. Most likely, that guy would make you uncomfortable, queasy, and annoyed — and you’d have to step up and confront him if you didn’t want to deal with a crappy work environment. It’s the same concept. Ignoring a problem never fixes a problem.

Speaking of fixing, I’m not going to be able to fix race relations with this article, but I’ll offer my two cents when it comes to my multiracial daughters. My two kiddos are 7-years-old and 4-years-old and are 50 percent black, 25 percent white, and 25 percent Japanese. It’s a great mix, but it doesn’t come without challenges.

I certainly don’t have all of the answers, but here are a few things I’ll never teach my girls.

#1 - Living a “colorblind” life is the way to go: Yeah… no, it’s not. Actually, it’s an extremely irresponsible way to go through life. Ignoring race makes it difficult to identify racism or racial injustice when it appears. In my latest children’s book about race relations called What’s The Difference? I wrote “the sky is blue during the day and it’s black at night. If colors could talk, they would tell different stories about what they see when it’s their turn to light up the world.” To ignore or deny race is to ignore or deny an important part of what makes that individual special.

#2 – Because you’re unique, get used to people staring at you and touching you: Almost every mom reading this endured the uncomfortable experience of friends or strangers rubbing their pregnant bellies without permission. It’s not cool.

I can’t count how many times my youngest daughter had random strangers run their fingers through her tight curls. Yes, she has awesome hair, but she’s not a zoo animal used to satisfy the ethnic curiosities of others. Although they’re young, I teach both of my daughters to create boundaries that must be respected by others. 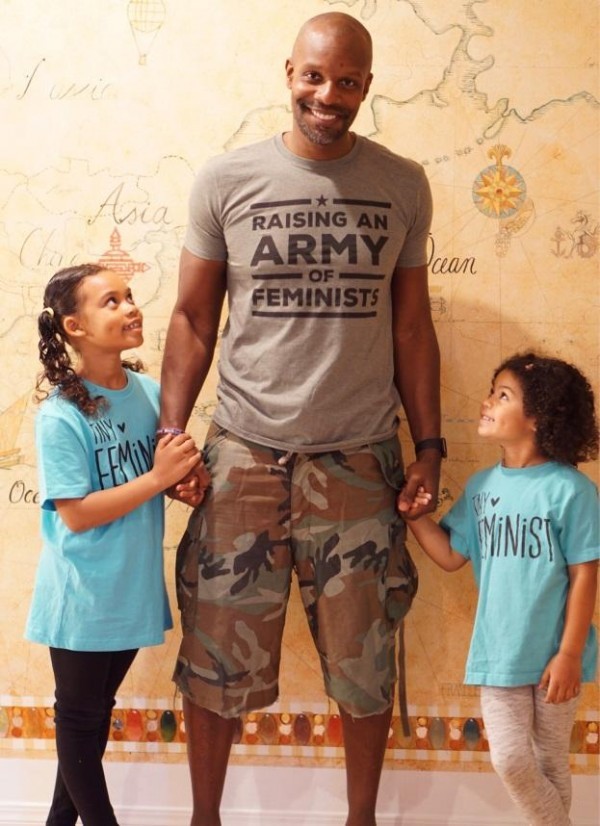 No, you can’t get in their faces and ask, “Wow, so what are they?” (Referring to their racial makeup).

I even had one older lady tell me, “I don’t mean to offend, but life will probably be easier for them because they’re not as dark as you are.” Yikes.

My public service announcement is if you ever feel the urge to do/say any of those things, please don’t.

#3 – You can act like a color: This is one of my biggest pet peeves. If I had a dollar for every time someone told me that I’m articulate for a black guy or I don’t “act black,” I’d have my kids’ college funds taken care of. Eventually someone will tell my kids that they aren’t “black enough” or they’re “too white,” or whatever — but that’s the type of nonsense that keeps race-relations in the terrible state they are right now. It’s dumb to believe people should only act a certain way based on the color of their skin.

Based on the antiquated stereotypes of black fathers, I’m sure a lot of people wouldn’t expect someone who looks like me to be a respected voice/author in the realm of modern fatherhood, but here I am.

My job is to tell my girls that the sky is the limit for them and their dreams. 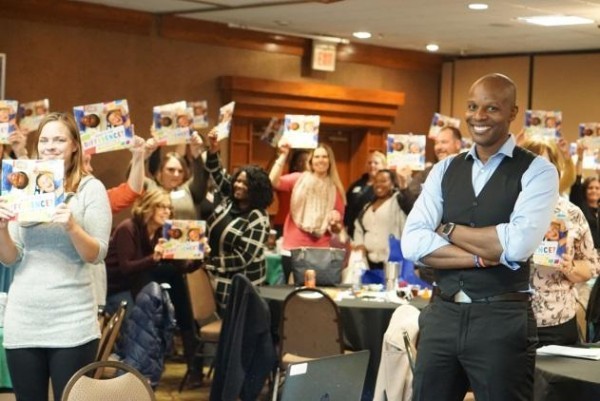 #5 — Life is more fun if you only hang out with people who look just like you: Approximately 40 percent of Americans have never moved away from their hometowns. One of the many reasons why we struggle with race relations is because many of us only know about others by what we see in the media.

I want my kids to hang out in big cities, rural areas, foreign countries, etc. and learn about the diverse awesomeness that this country and planet have to offer. Differences are amazing, but the best part of our differences is they show how similar we all are.

The main thing is to remind my kids that there are way more good people out there who believe in love, acceptance, and inclusion than not. Hate is a byproduct of fear, and fear is a byproduct of ignorance. My goal is to constantly keep my kids educated about diversity and in turn, they can help educate others. There isn't a more important time to shine our lights than right now. 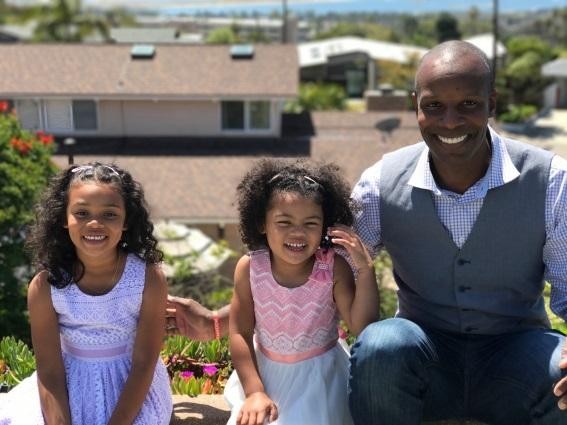 Doyin Richards is a keynote speaker and author of What’s The Difference? and I Wonder. He lives in Los Angeles with his family.

Doyin (pronounced “doe-ween”) Richards is the author of "Daddy Doin' Work: Empowering Mothers To Evolve Fatherhood," a public speaker, husband, and daddy to two lovely little girls. Check out his website at www.daddydoinwork.com. Doyin is compensated by JOHNSON’S®, the sponsor of this community. Every idea and word written is his own. 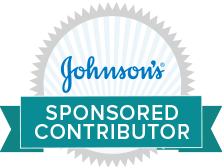 Self-love = "Loving-race"?
The realities of raising a kid of a different race
How Parents Can Help Prepare Students of Color to Respond to Racism at School
advertisement

Self-love = "Loving-race"?
The realities of raising a kid of a different race
How Parents Can Help Prepare Students of Color to Respond to Racism at School