A Day to Remember

Published by Shannon Armenis on September 11, 2020

Everyone old enough to remember, remembers where they were on September 11th, the way my parents still remember the day John F. Kennedy was assasinated, even though they were only 6 years old.

But, for me, during the aftermath, when the dust settled and the fires were extinguished, I remember the healing.

How every person in this country grabbed hands to form a giant bandaid to cover the wound we had suffered.

How our first instinct was not to place blame on one another. How our first thought was not one consisting of engaging an attack on a side with would have , could have, should haves. It didn't matter how we had arrived where we were that day in September, we just knew we needed to leave together. We understood there was only one side and we were all on it, because there is strength in numbers and we refused to allow anything to divide us, whether it be evil, politics, or a plane. We chose to focus on one thing, our sameness, our commonness, our love for our country and everyone in it. A one for all, all for one approach. If one of our buildings was burning, all of our buildings were on fire. If one of us lost a father, mother, son, sister, daughter, brother that day, then we all mourned - in unison.

We may have been battered and bruised that morning, but when we went to bed, we were one - a whole. Yet we never knew just how temporary it would be.

And I think about where we are now, less than two decades later, and how different we have become. How, if the powers that tried to divide us with planes that day, knew they just needed to be patient. Because we we would do their dirty work for them, fracture ourselves over and over again. We would point fingers at one another and place blame for any and every thing we could find. We would decide that the pieces of that whole were better off solitary and cease seeing their beauty as the sum of the entirety. We would decide to rip off that band aid we had formed, and not only stand around to watch, but hand out fault as to why it still bled.

And today, when I think of those that were sacrificed, the families that paid the ultimate price and the ones whom risked their own lives to save strangers, without knowing where they stood politically, religiously or other wise, I remember what we all were that day - we were human.

And I wonder what it will take for us to realize that again.

In loving memory and honor of all those that lost their lives that day, the families that still grieve, and those that continue to pay the price.

One for all, all for one.

Let it not be in vain. 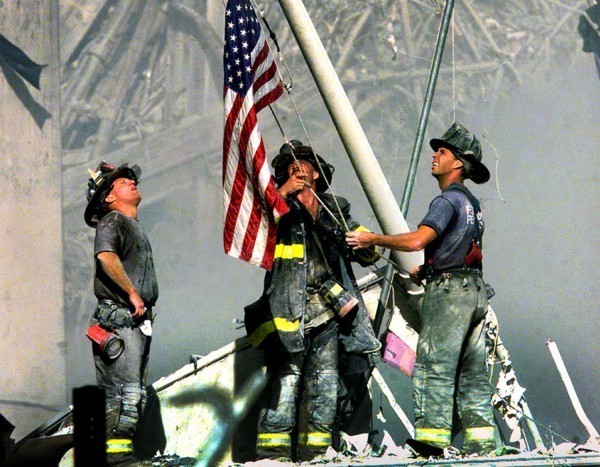 9/11 The Day That Never Ends
A Teacher's Confession
Lessons in traveling light.
advertisement

9/11 The Day That Never Ends
A Teacher's Confession
Lessons in traveling light.