Advice for teenagers: How to be a good human 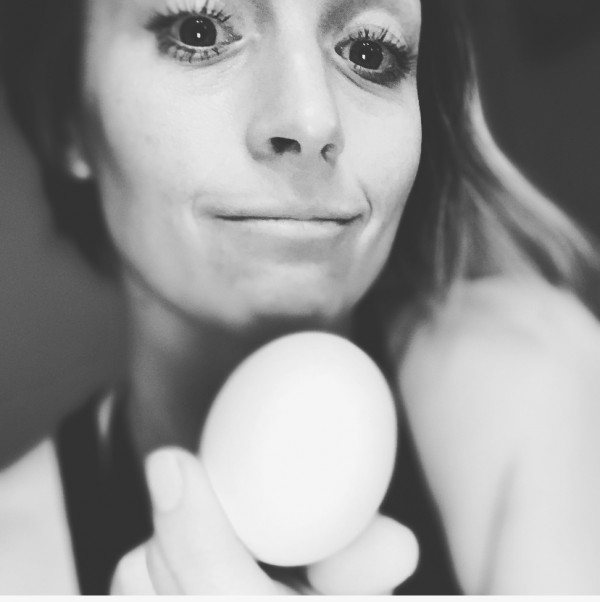 My car got egged last night.

"Egg-ing" is apparently still a thing.

But, I guess there are people -- teenage youth, perhaps? -- who think it's fun to act like jackalopes.

So, like a typically thirty-something-year-old, used to be young and fun, on-my-way-to-middle-age mother of three impressionable young children, I am going assume it was teens who nailed my mom-mobile, 'cause I don't think Karen from PTA would do such a thing.

And now comes me stepping up on my (I wonder if you were --->) high horse to offer up some stellar tidbits of advice for teenagers on how to be a good human in three simple steps.

2. Don't be a douche canoe. Don't know what that is? I didn't either. Apparently, it's "an obnoxious or contemptible person," and honestly, the world doesn't need a single 'nother one of those.

3. Find ways to have fun that doesn't involve being an outright or secret birdbrain.

Well, there you have it. Lifelong advice that will keep you out of jail and in the good graces of the other humans who share your world.

Especially those humans who are trying to raise tiny humans to grow into good people who don't engage in the type of nonsensical debauchery that you have.

Want to egg something tonight?

Egg on a friend who consistently exercises compassion and empathy to keep up their right-doing.

Egg on a pal who needs your support and motivation to stay on top of their classwork or home responsibilities.

Egg on your sibling who needs nothing more than big bro's encouragement to learn how to ride a bike.

Egg on your parents, who worry you are their worst critic, and let them know you see them and all that they do for you.

Seriously, kids, there's plenty for you to egg, that from now on, you can leave my minivan out of it, mmmkay?!