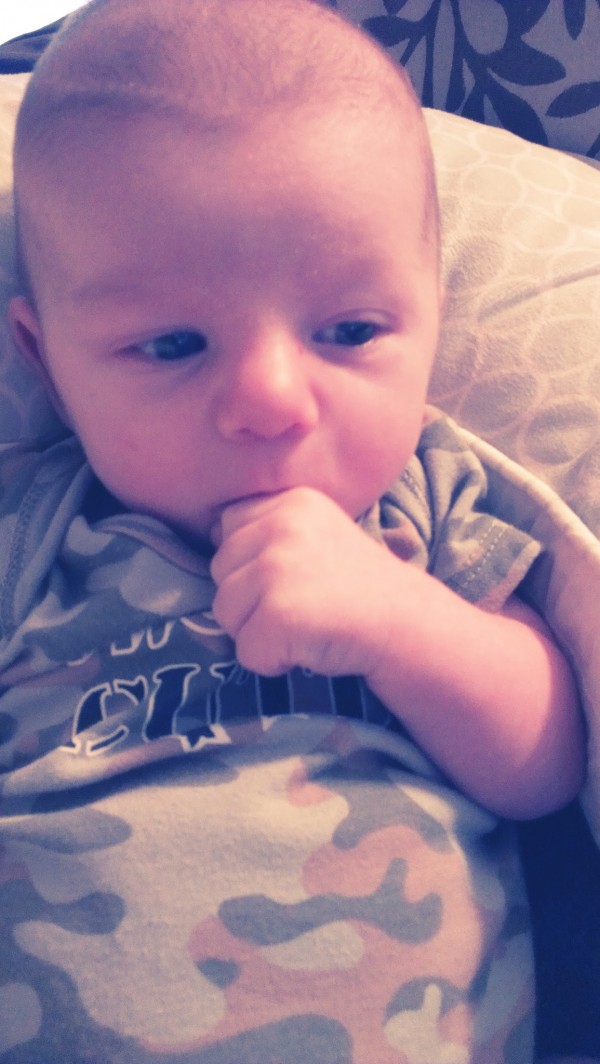 As a first time mom, I had tons of naive expectations for what everything would be like. The pregnancy. The delivery. All the bonding that would happen during maternity leave.

I guess I just assumed every step on that 9-month journey (and every day after) would be full of magic and joy.

Don’t get me wrong – there was plenty of that stuff…Just, certain things didn’t go quite how I envisioned.

I know some women who say breastfeeding was awesome. It was super easy to do and helped them lose weight. I know other women who simply suggest it wasn’t their cup of tea, and they were too busy to keep it up anyway.

Me? I wish I could speak so laissez faire on the subject.

Unfortunately, breastfeeding was one of the worst experiences of my life.

When I first became pregnant, there was never a question of IF I’d breastfeed. My husband and I were set on that route from the get-go. We truly believed in that phrase, “breast is best.”

I’m not here to argue against breastfeeding. There ARE clear advantages to it. And tons of them, really. Science totally backs it all up, too. For example: did you know that breastfeeding lowers an infant’s chances of dying from SIDS? Or that breast milk comes already equipped with the perfect amounts of nutrients and antibodies your baby needs? Also, breast fed babies have been proven to overall get less ear infections, diarrhea, and have lower chances of developing things like asthma or allergies.

Sooo, yeah – knowing all that awesome stuff, we were DEFINITELY on the breast is best bandwagon! Not to mention, it’s free, whereas formula costs a small fortune!

Breastfeeding at the Hospital

I had a very long labor: 30-some hours. I pushed for over an hour, with my cervix not even fully dilated. It was finally decided I would deliver by c-section. By the time our boy came out, I was exhausted, and, truthfully, I don’t remember much for a while after the sound of his first cry.

After the recovery room, I was taken to post partum, where my son joined me. I have no idea of the time line between surgery and when I first tried to feed, though I suspect it was as soon as I seemed competent again. I had slept a little, but much of those first few hours with baby is blurry.

I do remember trying to get baby boy to latch for the first time. The nurse gave me exactly 30 seconds before she reached down and grabbed my entire right boob in one hand. She squeezed it so that my breast was in a perfect cylinder shape and the nipple area just resembled a baby bottle. With the other hand, she coaxed baby’s mouth open by pressing on the sides of his mouth until he opened up like a fish saying, ‘blub, blub.’ She then shoved both handfuls together, in a very Clark-Griswold-Christmas-lights sort of way. Baby latched, and she gave me a long, complacent stare, as if she were waiting for a ‘thank you.’

My helpful nurse then quickly offered to have the lactation consultant visit me next time she made her rounds. I obviously said yes. This was my first kid, and if I was gonna have to physically abuse my breasts like that every time I fed, I’d need a couple pointers.

It was a few hours until the consultant came to my room. In between that time, I bonded with baby, relatives visited, and my spinal block wore off.

Once the surgery pain truly hit me, I became an emotional mess.

My body was exhausted. My insides felt like they might fall out. I felt joy, sadness, hope, love, anxiety…

Looking back, it’s pretty clear that my PPD began at this exact moment. Of course, at the time, no one (including myself) recognized that.

Anyway, the lactation consultant finally made her way to my room. Even though I was slowly but surely getting the hang of the whole latching thing on my own, she immediately repeated the same exact actions of that earlier nurse. Without being asked to, she reached down, grabbed a boob, and made the connection to baby for me.

I remember being less concerned with how these women man-handled me, and more focused on what I must be doing wrong. If they felt the need to just get on in there without my permission, I was clearly screwing up, right?

Wait, what? The baby’s not sucking out milk right now? How the hell is he feeling satisfied?

I’m gonna cut right to the chase here: LC did a SHIT job explaining the whole colostrum thing. She basically told me that baby was getting nothing of use until my milk came in (which couldn’t be further from the truth), and then she offered to arrange for a breast pump in my room so we could coax the milk to “come in” faster.

As I sat in the hospital bed, helplessly pumping at the highest setting possible, LC gave me her final piece of advice that would torment me for almost a full year: “MAKE SURE you wake up the baby every two hours for feeding.”

Thinking about all of this now, it’s pretty infuriating. These women were supposed to be health professionals. I trusted them to give me the best advice. My fragile mind hung on every word they said. But, all they did was scare the shit out of me.

I quickly became obsessed with how much milk I produced.

During the day, if baby wasn’t feeding, I was pumping. When I pumped, I scrutinized over how many ounces were in the bottle each time. I took photos for comparison. I called friends for advice on producing more. 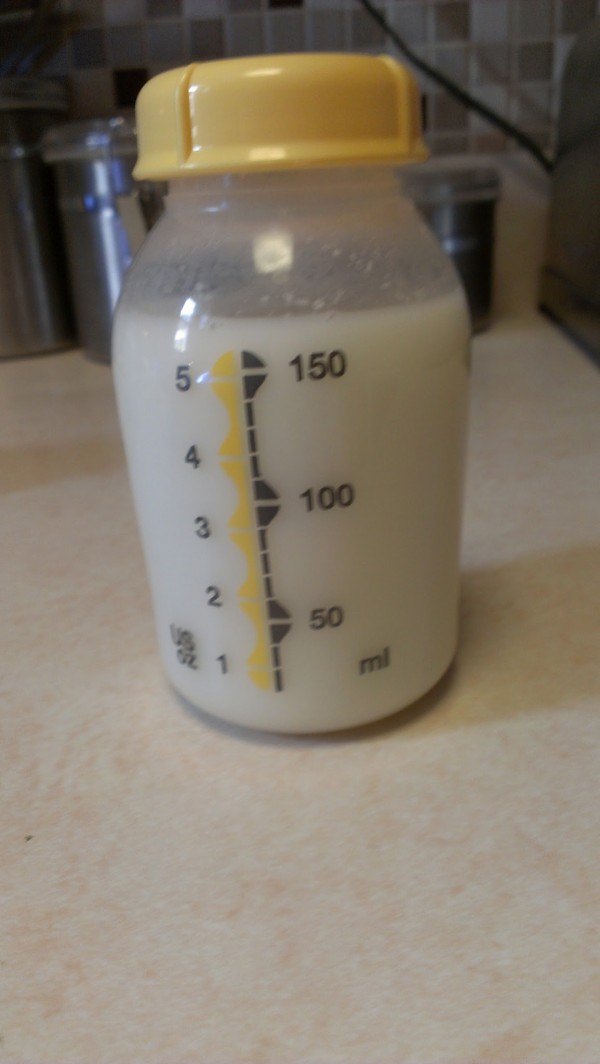 At night, I set an alarm. Every two hours, I had to feed that little guy whether he was awake or not. Some nights, I didn’t sleep at all. The alarm would go off, I’d spend an hour trying to wake the baby, then another trying to keep him awake and sucking. And – by the time that process was finished, the alarm would go off again.

My nipples became cracked and sore. Lanolin cream was my best friend. Crying became a daily (and nightly) thing.

I distanced myself from friends and social gatherings – cut out basically anything that would screw up my every two hour obligation. I didn’t want to breastfeed in public, because I knew how long the whole production took and it just felt safer at home.

I hated having visitors (with a few exceptions) because if my boobs weren’t leaking everywhere, my eyes were, because crying was just my new normal.

I spent months and months battling PPD and a subsequent breastfeeding obsession that was based off of fear that I wasn’t providing enough for my child.

I believe that those first few women in the hospital had good intentions – but, their advice fell awfully short of helpful.

And no one, not even myself, recognized how seriously I was experiencing PPD.

No one, until I spoke to our pediatrician.

One day, during a routine visit, I finally confided in him. I began telling him how hard it all was and my husband says he understands no matter what I decide, but I was just so tired and felt like no one truly understood.

He explained that as a health professional, he agreed completely with all of the breastfeeding benefits, BUT if it’s at mom’s mental health’s expense, it’s no longer “best.”

And that was the most freeing, wonderful thing I’ve ever heard come out of a doctor’s mouth. It’s what I wished those first women had said to me.

I also wish I had spoken up to him sooner. 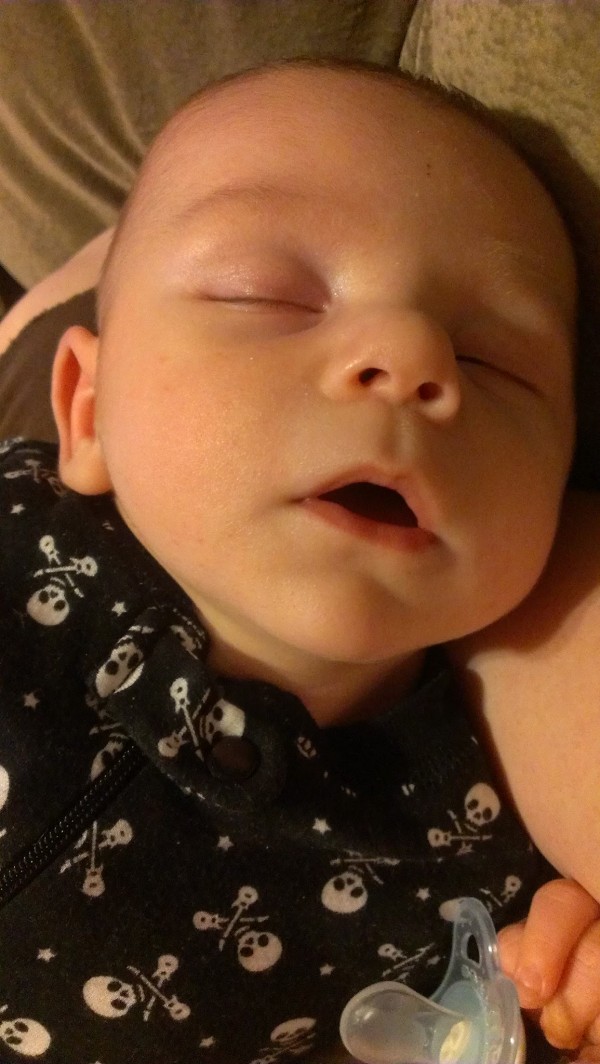 I do not blame my husband or mom or friends or ANYONE, really, for not recognizing all the signs of my PPD.

I feel like my husband and I both just assumed being emotional came with the new mom territory. Neither of us could’ve possibly connected the dots between PPD and the breastfeeding obsession.

And…I just didn’t talk to anyone else about it.

Fortunately, since this experience, we are all happy and healthy. We have three amazing kids, with a fourth on the way.

The difference NOW is, hubs and I are totally educated on the PPD thing, and we are fully aware of my physical and mental limits where motherhood is concerned.

Jennifer is a Writer, Editor, and Content Manager for Salem Media and Eagle Financial Publications, but first and foremost, she is a wife and mother! She spends most days drinking entirely too much coffee, cussing out the laundry, and enjoying her chaotic family of 6 humans and 2 fur babies. In her spare time (haha, spare time, yeah, right!) she uses her personal blog, I Wore This Yesterday, to write about life. Sometimes it's fluffy. Sometimes it's sweary. Jennifer has very little filter and a love for sharing her highs, lows, and laughs!