Celebrating My Dad This Father’s Day

Published by Jennifer Landis on June 1, 2017 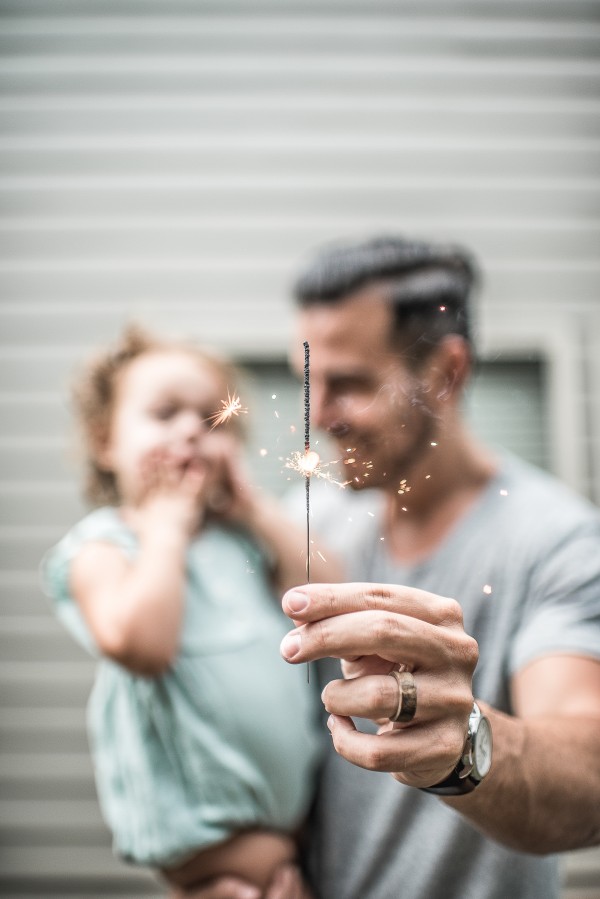 My dad is one of the reasons everybody celebrates Father’s Day. The holiday was made to give men who do their best for their families a tiny bit of the appreciation they deserve. We’re supposed to spend the day thinking of all the good times we’ve had with them, and the sacrifices they’ve made to make our lives better. Dads are heroes, and my father is no exception.

When I was younger, I got to spend weekends at dad’s house. He made those days some of my best memories. He kept the pantry stocked with my favorite foods — mac and cheese and cinnamon rolls — and always had a copy of “The Little Mermaid” ready to watch whenever I wanted. Coloring books were never out of sight, and if we got close to finishing one, he would take us on a trip to town to get more. However, that was only after he got his license back.

Until I turned 12, my dad had been unable to drive for 10 years. A collection of DUIs had caused the cops to revoke his license. No one in my family really knows what his breaking point was. It wasn’t when he married my mom. It wasn’t when I was born. Nothing made him want to quit drinking until he reached rock bottom, when my mom left him with my brother and me.

The Beginning of His Best

Whatever the combination was that led him to fight his alcoholism, it lit a fire in him. He was the type of person to want to do things on his own, who didn’t want to feel boxed in. He made the personal compromise to accept help, and he changed his own life by doing that.

Alcoholism can be one of the hardest personal struggles to overcome. The thing about it is that it’s an addiction, and addiction isn’t a choice. It actually changes how you think and feel, which makes accepting help that much harder. Your brain becomes affected, so even if you do well in a support group, that neurological pathway to addiction will always be there. My dad will always have to fight to stay sober.

Over the course of time, my dad used every ounce of his strength to overcome his drinking addiction, and when he felt he had no more strength, he still kept going. During this period of his life, he also smoked. No one wanted him to participate in that either, and when I was 17, he agreed. He quit smoking too.

My dad has been clean for 26 years. We no longer have to worry about him passing out on the kitchen floor. He can take care of himself, and he does. He’s even had a longtime job at a liquor store. It hasn’t made him crack in his resolve to stay clean. My dad is a warrior.

The upcoming celebration of Father’s Day has me thinking about all of this once again. Sometimes, during the year, I think about his story for other reasons — like when he’s celebrating another year of being clean. He doesn’t notice this, but I see him get home from work, exhausted but without a beer in his hand. I see how he stands firm at parties when there are drinks being offered. It’s the little things he says no to that make me proud.

I could never look down on my dad. He was a great father while I was young. He gave me and my brother so many good memories I’ve held close to my heart all my life. Even in his worst moments, he’s still a hero to me. I can’t imagine having to fight my own brain to be able to live through each day. I couldn’t have apologized to everyone I hurt with my drinking and moved on like he has. I know I wouldn’t have had the strength to change who I was to be a better person I didn’t know yet.

Still, I get scared sometimes. Alcoholism affects 1 in 12 people. I remember learning that for the first time when I was old enough to read up on the disease. It’s not an easy thing to come to grips with.

My dad’s story shakes me because of how powerful he had to have been to overcome so much, but also because I know I’m a lot like him. I take after him. With addictions, there’s also a 40 to 60 percent chance for them to be genetic. The facial features we share could mean I could eventually struggle just like he did. I try not to think of all the many kinds of addictions I might be overcome by in the future, because I know a man who didn’t care about the statistics. He made his own.

Anyone who knows my dad knows he is my hero. He’s got strength that not many people have over the course of their whole lives. It’s part of the reason why I celebrate him each Fathers’ Day. If we get to spend time together on that day, I love to grill him his favorite mozzarella-stuffed burger. We laugh over our shared love of food, and sometimes I’ll bring cinnamon rolls to surprise him.

Really, every day should be Father’s Day for my dad. Every day, something makes me think about all he’s been through and everything he’s had to fight for, and I remember how much I love him. Making him dinner is the least I can do for a man who’s been a role model for myself and my family. He deserves the world and more.

Jennifer Landis is a twenty-something mom and wife with a fierce love for peanut butter and naps. She practices yoga regularly even though her husband doesn't think it counts as exercise.

Finding Forgiveness After Addiction: How I Healed Alongside My Father
Resurrection Bay: A story of loss, hope and the love of a father and a son
Finding Hope When Everything Felt Lost: A Spouse's Perspective of Alcoholism
advertisement

Finding Forgiveness After Addiction: How I Healed Alongside My Father
Resurrection Bay: A story of loss, hope and the love of a father and a son
Finding Hope When Everything Felt Lost: A Spouse's Perspective of Alcoholism