Published by Carly Durham on December 5, 2019 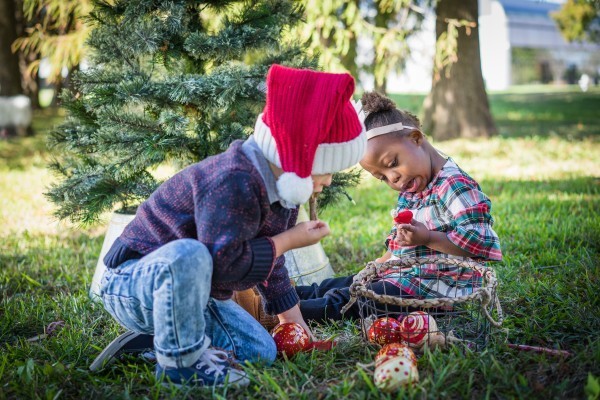 We got released from the hospital the morning of Christmas Eve. Original Christmas Eve plans foiled. But for good cause. We were coming home with a miracle. In our arms we held a baby- 8 years in the making - that had a scary prenatal diagnosis that ended up being wrong and labor, boy howdy, its named appropriately because that’s a tough job. After 2 hours of pushing and finally my husband shouting, “It’s happening: I see hair”, I started hemorrhaging and was rushed to an emergency c-section.

We made it home and the baby and I found a spot to rest on the couch. I had no idea what to do for my other kids for dinner and family was calling wondering what my plan was for the evening. My response to everyone was an overwhelmed, "I don't know!" My sister-in-law called and said they were on their way to our house and bringing fast food. She knew I longed to see everyone but didn’t have the energy to make a decision or figure out the logistics. Gosh. I want to be her when I grow up.

There was no fancy dinner. The ham never even got bought. No cute traditions. No gifts exchanged. No reading of the “Twas the night before Christmas. No Christmas Eve church service. Some of my favorite parts of the season were simply not going to happen.

Instead, there were cousins running a muck around the house, wild and jacked up on sugar cookies. Fast food chicken fingers passed around family style with a cornucopia of crinkly French Fries, or should we say "Holiday Fries".

An epic dance party was had to the Trolls Holiday soundtrack. Ketchup was thrown against the window, that along with the never-ending screaming of children, I am sure our neighbors wondered if our house was a murder scene.

I sat on the couch trying to breastfeed and began to cry, knowing my favorite Christmas memory was being made in that very moment.

While we had a pretty legit excuse for foiled plans that year; many years the reason things are not going as planned are not as beautiful. One Thanksgiving my 6 year old with autism found her way into Aunt Courtney's bathroom and shoved all her makeup brushes down the toilet, shattered a glass of fancy perfume on the floor and flooded her bathroom. We have had to call 911, we have had epic family disputes, we have awkwardly found ourselves in political discussions and we have been in the hospital. It is great to plan and have expectations for the holidays but sometimes......

Whatever chaos or foiled plans we encounter, we take the unexpected and create memories.

Have a holiday full of love and GRACE. Grace for ourselves, for our family and for our kids. 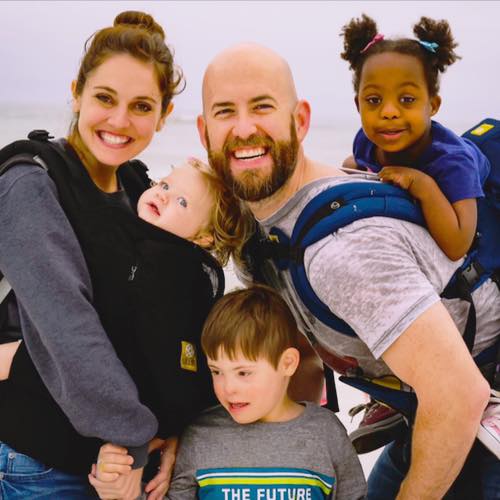 Our world got wonderfully turned upside down with the adoptions of the two cutest kids, who also happen to have Down syndrome. I am crazy passionate about orphan/foster care, orphan prevention and encouraging women struggling with infertility. I also work part-time as a Family Nurse Practitioner and am adjunct faculty at a university. I love sharing stories about how our family navigates the waters of infertility, adoption, miscarriage and my frequently encountered awkward moments of life.

Embracing the Unexpected this Holiday
The Secret to Having a Merry Married Christmas (with Kids!)
I've already started holiday shopping... who is with me?
advertisement

Embracing the Unexpected this Holiday
The Secret to Having a Merry Married Christmas (with Kids!)
I've already started holiday shopping... who is with me?