Finding Hope When Everything Felt Lost: A Spouse's Perspective of Alcoholism

Published by Stephanie Graves on March 8, 2019

'When you find yourself at your most painful points in life, you are open to the greatest positive change. In the end, the strongest people are the ones who feel pain, accept it, learn from it, and fight through it. They turn their wounds into wisdom and strength.' 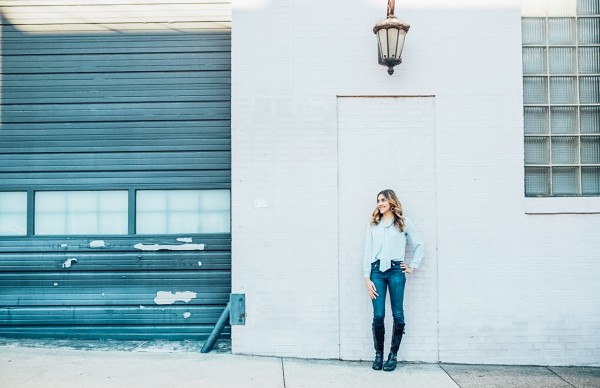 It was this day that a spark was lit, a small spark that would ignite a fire and ultimately change our future forever. It was on this warm, Maine summer day that I carted myself and my 3-month old twin daughters (car seats and all) to my first Al-Anon meeting. I was confused. I was frustrated. And I felt alone. I had reached out to a family member for guidance and she asked if I had ever attended Al-Anon before. I had no idea what this was or what to expect. But at that point, I was willing to do anything and everything to save my family. And also, save Ryan.

He had been golfing that morning so I knew I’d have time to drive to the meeting and back before he returned home. The girls would come along too because I certainly wasn’t asking my parents or in-laws to babysit. How could I? How could I expose Ryan? Myself? What would they think?

When I arrived at the meeting, I was sweating and panting; out of breath from running up the flight of stairs with a car seat on each arm. I didn’t have time to second guess my decision or fully realize the situation - a young mom, at an Al-anon meeting, with two infant babies. I couldn’t hide. I must have stuck out. But I didn’t feel alone, I felt welcomed, and I felt at peace. Their stories of addiction were eerily similar to mine. It was like listening to my own autobiography. Their pain and suffering paralleled my own. Some were still struggling. But some had made it out the other side. They HAD found happiness.

It was then, for the first time, that I believed. I believed that it was possible. There was hope. For me, for our family, and for Ryan. 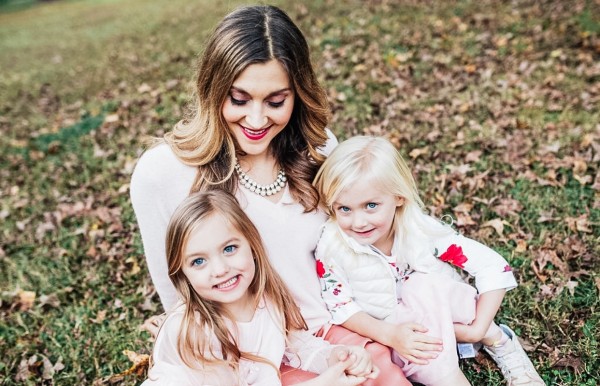 I had known about Ryan’s unique relationship with alcohol for quite some time. However, I suppose I was naive in thinking that his drinking would slow down, or better yet, stop once the girls were born. But if anything his drinking escalated.

I could not begin to fathom why he would not want to cherish every moment with them. To not be present physically or mentally. I would drive myself crazy searching for bottles of alcohol, constantly analyzing his words and behavior to assess whether or not he had been drinking.

I had felt like alcohol was the mistress in our relationship. That 'she' had something I did not, and could provide for Ryan in ways I was incapable of. So for that reason, I would walk on an infinite sea of eggshells in fear that one false move would set him off into another bender. Would I be a single parent? Would my beautiful daughters grow up without a father?’ These thoughts raced through my head a million times a day.

Not long after we got married, Ryan really began to struggle with his alcoholism. He would go 10-days, 14-days, 2-months, even 6-months without drinking. But he would always find his way back, and his excuses were always the same. During this time, I struggled to find clarity. Why could he not get sober? Why couldn’t or wouldn’t he simply stop?

I attended Al-Anon meetings from time to time, but for the most part, I struggled alone. Again, not wanting others to worry about me, the kids, or our future.

But that spark, that fire that had been ignited after that first Al-Anon meeting changed everything. That spark carried on, and I believed. You see, I had known Ryan since I was a young, carefree 19-year old girl. I swooned over him in our high school years as he was the older, good-looking, star athlete. He didn’t even know I existed, and I would have melted on the spot had he ever acknowledged me. But he became my first love, and my only love. Over the years, I learned he had suffered immensely with loss in his youth, but I also knew that he was strong. He had been beaten down dozens of times: ups, downs, and countless 'rock bottoms.' But through it all he never surrendered. One of the qualities I first recognized in Ryan was his enormous heart, and for as long as I had known him he had always craved a family. To love and to be loved. A wife, kids, and a place to call home. Because of this, I never wavered in my belief. It’s what we always wanted...together. Deep down I always knew that he too would come out the other side. 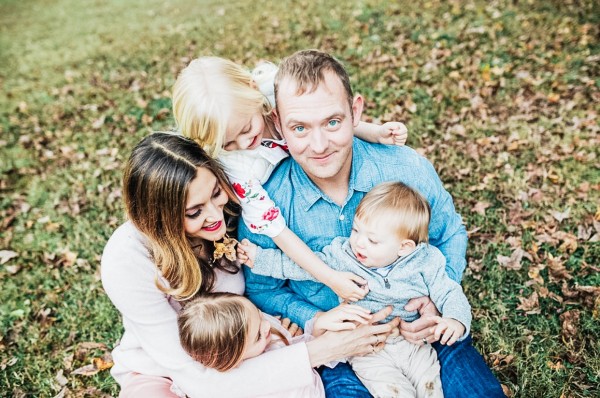 It didn't happen overnight and things actually got worse (much worse) before they got better. In July of '16 our lives would turn upside down. Ryan's younger brother Connor lost his battle with addiction. The same demons that Ryan was struggling with, his brother could no longer fight. Following his brother's passing, Ryan spiraled rapidly into a deep, dark depression and with that, alcohol became his only vice. Life became unmanageable for Ryan and for myself. I tried so desperately to put on a happy face and pretend that all was well. From the outside looking in, all seemed well. But behind closed doors it was a living hell.

It was then that as a family we decided that Ryan needed help. He needed professional help far from the stressors of work, home life, and the feat of trying to cope with the death of his brother. From there, he would spend the next 30-days in an intensive treatment facility with very limited access to outside communication. I’d be lying if I said I wasn’t absolutely terrified, but I remained hopeful that hitting such a horrific low was necessary to prompt the desire for him to seek help. I understood rehab would not cure him, but I was optimistic that 30-days of sobriety would give him a jump start (a fresh start if you will), with the tools to move forward.

But how would I survive? Alone, with two 15-month old babies, working part-time and with my husband halfway across the country battling for his life? It was at this time that I reached out to a family member yet again. I simply asked, “what do I do?” With grace they replied, “you keep living, Stephanie. You continue to do the things that you enjoy, and you continue to do the best that you can to make life as normal as possible for yourself and those girls.” So, I did just that. I continued to exercise, eat well, attend the library story hours, craft times, and have play dates with friends. My family rose around me to lend a helping hand and simply love me.

I made a decision to keep living. And at some point I came to realize that I couldn’t let things outside of my control dictate my life.

Over the next 30-days, I kept busy, I took time for me, and made memories with the girls. I found the inner strength I didn’t know I had. I kept living and I also kept believing. I held onto that spark from that initial Al-Anon meeting so tightly. I revisited it daily, hourly even. And although I couldn’t change the situation at hand, I could change my attitude and outlook regarding our struggles. I asked myself ‘What could I do right now to move forward?’ And in response, I chose hope and optimism. I was confident that Ryan’s and our family’s future was so much brighter - that we were capable of amazing things, together. So, I kept putting one foot in front of the other and eventually 30-days came and went. 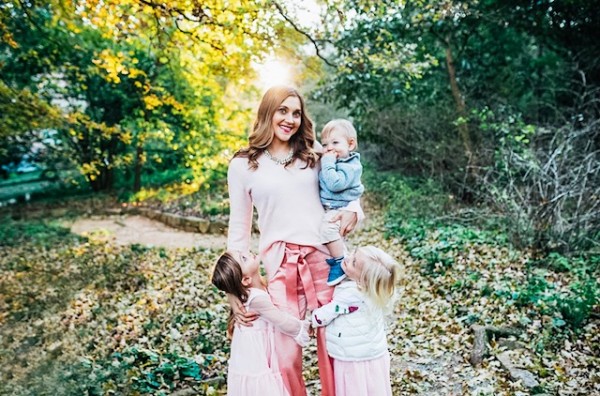 Life since Ryan’s time in rehab has not always been rainbows and butterflies. It’s certainly had its’ fair share of bumps along the way, but those roadblocks and struggles have shaped who I am and where we are today. That pain, although seemingly impossible at the time, was necessary.

There’s a saying in Tibetan, 'Tragedy should be utilized as a source of strength.'

So yes, our family has endured terrible pain and suffered through tragedy, but because of it we are infinitely stronger now than ever. It is with these painful times that our family has experienced the greatest positive change. We have fought through it together and learned invaluable life lessons along the way. I will admit that happiness seems impossible when you’re struggling in those dark times, but change is possible. No matter what sort of difficulties, or how painful an experience is, if you lose hope, then you're left with nothing. YOU are the only one responsible for your happiness. And in the words of one of my favorite cult rock songs, 'Don’t Stop Believing.'

If someone you love is struggling with addiction, I want you to know that you’re not alone. There are resources and services available to help guide you when you feel defeated. Please don’t suffer in silence. I did for so long, and wish I would have known about Al-Anon much sooner. Although I have not attended a meeting in quite some time, I know that they’re always there if I need them. There’s no judgement, simply unconditional understanding that only those who are fighting the same fight can comprehend. And if you do find yourself in this place, please know that you cannot change someone. All you can do is provide for YOU. Support them, love them, and continue to do the things that make you happy and light your soul on fire. 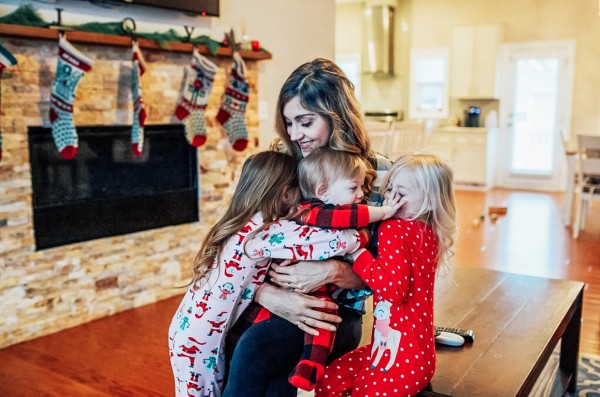 I found hope when everything felt lost, and I’m confident you can too. 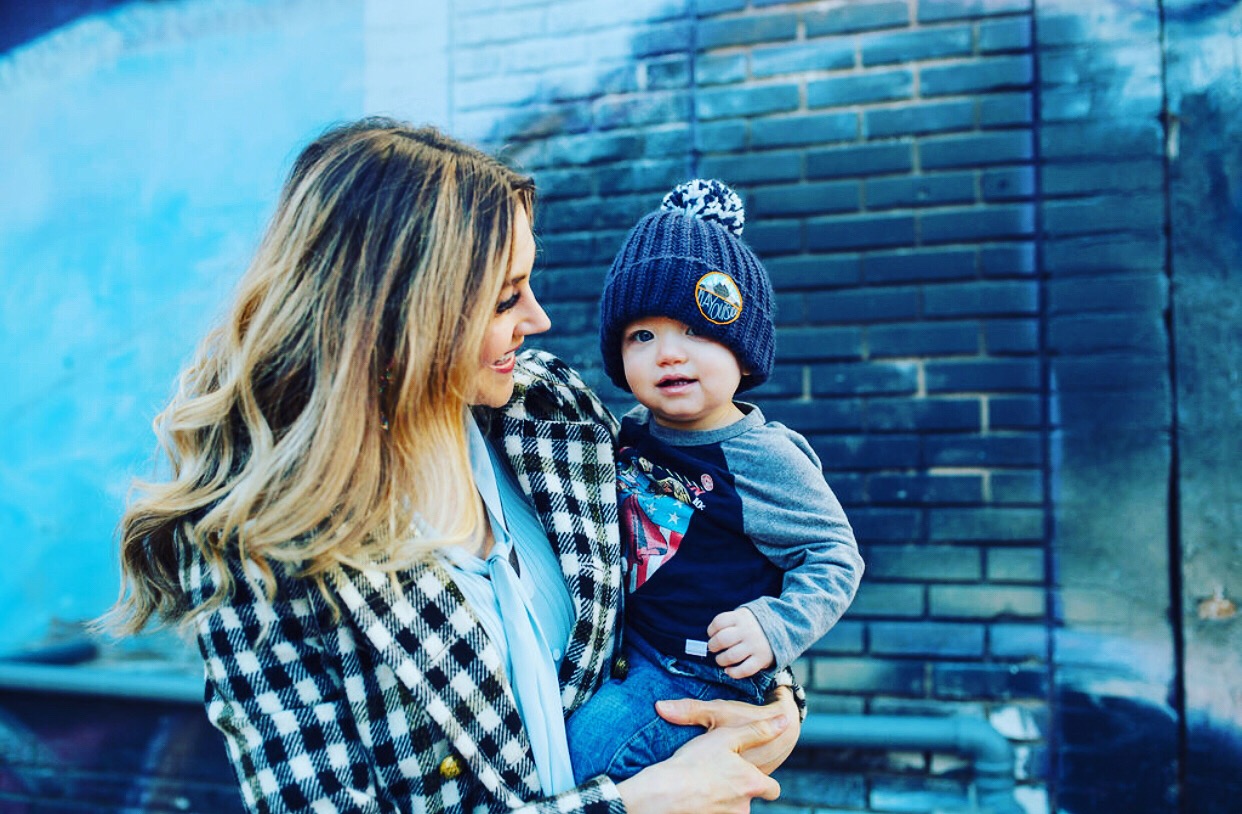 Our mission is to help the everyday family fulfill a life of adventure (big or small!). To inspire those who are nervous to embark with children in tow. To share tips and tricks we’ve learned along the way. And to show you that it is possible (and FUN!), giving you the tools to make your travel as seamless as possible.

Finding Hope When Everything Felt Lost: A Spouse's Perpsective of Alcoholism
The Rose
He Just Needed a Little Help: My Son's Addiction
advertisement

Finding Hope When Everything Felt Lost: A Spouse's Perpsective of Alcoholism
The Rose
He Just Needed a Little Help: My Son's Addiction