His classmates celebrated together, but my son was excluded — again

The morning before my son Dominic's eighth-grade graduation ceremony, I shared the following post on both my community and personal Facebook pages. Years of silence and hurt feelings were all too easy to release. The response has been positive and encouraging and I hope it will spark some change in a world that can be very cruel. #CoolToBeKind #KindnessCounts

I will apologize in advance for this long post. It's not meant to offend anyone but I felt compelled to share some very personal information. This morning I walked outside to tip Dominic's bus driver. Today is the last day of middle school for eighth-graders. Dom, of course, was not getting on the bus — he avoids it like the plague. It's a breeding ground for bullies and beasts and for Dom it has pretty much been an issue weekly. The bus is just one aspect of his daily hell. It's not pretty inside the walls of the school itself. You know what? The neighborhood and the fields suck pretty bad too. 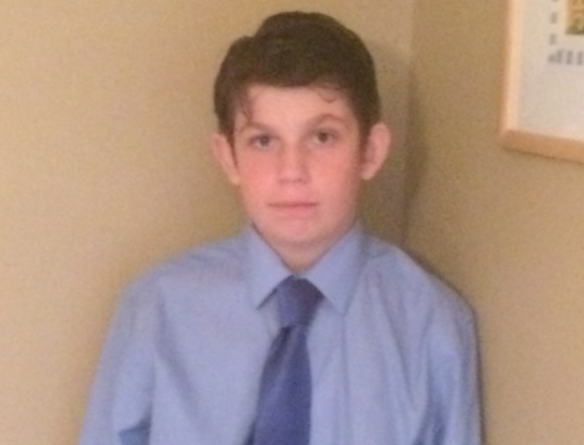 Dominic has Asperger's syndrome. Not the worst diagnosis in the world and for that I'm thankful. Some people aren't even aware. Hell, Dom isn't really aware. We don't dwell on it. We work with the skills and limitations he has. Over the years I've had to disclose Dom's diagnosis in an effort to make excuses for his behavior or ask someone to cut him some slack. This post is a huge violation of privacy, but it is what it is. I've cashed in on personal friendships to either have my son protected from harassment or included socially. There does, however, come a point where you can no longer intervene. You hope you have built a foundation with friends, teammates, and within your own child and pray they will succeed socially. You hope all the social skills classes, therapies and interventions have worked. Well, let's just say, epic fail!!!

As I drove my son to the eighth-grade dance last night, it hit me like a Mack truck; once again he was excluded in all the pre-parties. I scrolled through all the pics on social media, and was truly heartbroken for my child. It also occurred to me, he has been excluded from every single private social function that has ever taken place with the exception of one bar mitzvah (thank you Marcus family). I'm talking birthday parties, play dates, teammates hanging out after a game, pre-parties before all school socials, pretty much everything. Even at his own birthday parties, he seemed more like an outsider or spectator than the center of attention. It's so crazy to me, some of these parties have taken place at the homes of people I consider friends. People I volunteered with, sat next to at ball games, socialized with and in some cases helped them and advocated for their children when they needed help fighting and navigating the special ed system.

RELATED: Police surprise boy with autism at his birthday party after no one RSVPs

Over the years, in an effort to make my son's experiences better, I have donated and volunteered, I have hosted, I have given rides, I have had an open door to my home, my pantry, my wallet. I have had my property disrespected, trashed, I have seen my son used and taken advantage of — yet, we'd try again. And for what? None of these "buddies" have ever reciprocated or included my son. I'm not sure if it's deliberate. I'm thinking it's more of a case that he doesn't have one real or true friend and so he's just not included in anything without either being forced on the group or hosting it ourselves.

Don't get me wrong, I know my son can be a complete ass, he's annoying, he's socially inappropriate. Guess what? It goes hand and hand with having Asperger's. If he were blind, he wouldn't be bullied for bumping into something. In fact, someone would jump up to help him.

Sometimes I think it would be easier if my son's disability was a physical one. Unlike his brother Jake, who is noticeably autistic, Dominic presents typically. In other words, he does not appear to have anything "wrong with him." If he had a visually noticeable disability, it would be cool to be his buddy, to help him out. As a society we've come a long way in that regard: it's uncool to bully the handicapped kid. But for the socially challenged kid, my son in particular, it's actually a bit of a sport to watch him unravel. To tease him to the point of a meltdown. And to those children who participated, spectated or initiated these incidents (and there were many), I say, great job, golden boys! I hope it has been enjoyable, because for my child, the past four years of school have been hell. 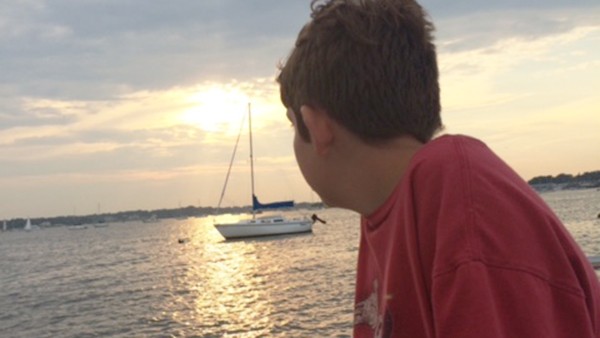 Most days he is miserable and hates his life. He has spoken of ending it. And each step of the way my heart has been ripped out as a powerless witness. There are far fewer good days than bad. And yes, the school is aware, the doctors are aware, select coaches and parents have been made aware too. And now, all of Facebook is aware as I unleash. My child begged to stay home from school almost every single day. He is begging NOT to go to graduation tomorrow. He'd like to go to a different high school, BUT, needs the academic support he can only obtain from a public education. What an unnecessary waste, and as I said before, an epic failure.

The irony is, if something tragic happened — if we were negligent parents or not in tune to his issues, and my son gave up and ended his life — there would be a huge public outreach. There'd be social posts, collections, a meal train and remorse. Why does it take a tragedy to get to that point? Why can't we just be good to each other on a daily basis? Why can't we as parents, ask our kids, did you forget anyone? Or say, great, I have your list of 75, now add five more kids whose year (not day) will be made by you including them. How hard would that be? And the truly saddest part, it's not just Dominic. There are others I know personally fighting the same battle. Parents who have shared my tears. 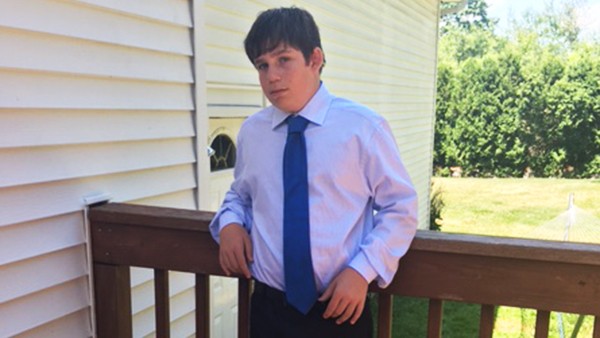 Tomorrow as I cheer for your kids, some of whom I've known since Mommy and Me, know I mean it. I begrudge them nothing and wish them all good things in life. I wish the same for my child. I pray high school is a better place for him and he finds his way socially.

It could be never-ending, but hopefully not. Maybe this struggle will make him tougher. Who knows? Look at all the people who are on top because they were pushed down, over and over. My only hope is, if my son ever does make it to the top of the heap, he isn't so self-absorbed that he becomes unkind. I hope that no matter where he ends up in life, he recognizes when someone is lonely, excluded and sad, and he changes their entire world by letting them into his.

At the end of the day, it doesn't matter if your child is talented, beautiful, brilliant or the best athlete. Teach them to be kind. To be tolerant. And to make a difference.

Single mother of 3, two on the Autistic spectrum. Our everyday life has been filled with the highest of highs and lowest of lows. My dream is for my children to experience all life has to offer & to be included within their schools and community.

The Importance of Empathy and How I Taught it to my Son
How I handled my 3rd grader being bullied at school
Birthday Party? No Thanks, Mom!
advertisement

The Importance of Empathy and How I Taught it to my Son
How I handled my 3rd grader being bullied at school
Birthday Party? No Thanks, Mom!