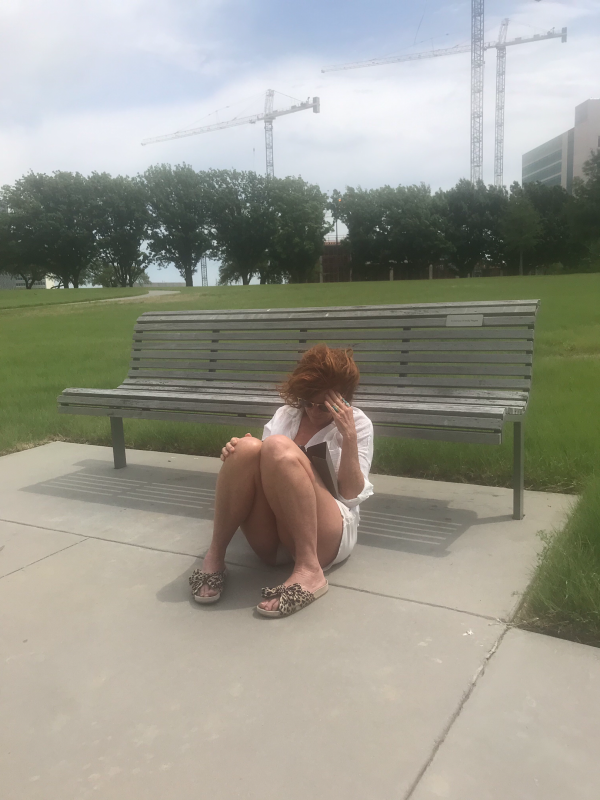 My daughter went into labor this week.

I jumped in my car and drove south to Dallas as fast as I safely could.

I thought her Dad, my husband, would be driving me, but he was killed in a dreadful accident after 33 years of marriage. We had 5 children together, so I’ve had multiple occasions to feel the sting of being a single parent...graduations, weddings and now the births of our grandchildren.

About midway through the journey my daughter called to say she was scared, so I pulled over briefly at a rest stop and did some breathing exercises with her. After she seemed sufficiently calmed, I pulled back out on the highway.

When I finally arrived in the hospital parking lot, her husband ran down to give me a verbal update and the key to their apartment. He no sooner opened my car door than his cell phone rang and he was informed that it was time to push. Things were really moving fast.

I urged him. “But first point out which window is her room so I can position myself right underneath and you can FaceTime me!”

The hospital wouldn’t let me in to the facility due to the precautions they were taking as a result of the Corona virus...

I completely understood and yet, it was still hard to believe. After being with my girl for every significant moment of her life...I wasn’t going to be there for this? I couldn’t wrap my head around it.

Just last year, she and I were planning her lavish wedding in earnest. It was obviously an attempt to distract ourselves from the depths of our grief that her Dad wasn’t going to be there to walk her down the aisle.

A month or so before the enormous affair, she found out she was pregnant. (Surprise!) We took the news as a blessing of course and found a good seamstress with a seam ripper to let the wedding dress out.

A few weeks before the wedding, at a routine obstetric appointment, her fiancé pointed out a lump in her neck. They were married in a beautiful ceremony in the Basilica in New Orleans, followed by a honeymoon in Jamaica, followed by a nerve-wracking 9 hour cancer surgery.

Needless to say, there was a tremendous amount of angst over the welfare of both the mother and the tiny fetus under full anesthesia for this length of time.

Afterwards, my daughter blessed me by asking me to attend the baby’s birth in the Spring by being in the delivery room with her and her husband - not in the waiting room watching the clock, drinking coffee and praying, but right in the thick of it all. (It’s one thing to give birth to 5 children of your own, but altogether another thing to get to witness a birth.)

So, here I was, all these months later, sitting on the lawn in the wind and intermittent rain with my IPad watching my daughter give birth to her daughter. She was born around noon, amidst much tears and joy. 7 pounds, 6 ounces and named “Maisie James” after her grandfather.

On a lighter note, every time the doctor told my daughter to push, I held my breath and pushed too. So I probably need to go see my Gyno and see what I messed up down in my own nether regions. Probably not the best idea for the 50+ lady. Such is a mother’s love...

I couldn’t believe my husband wasn’t there with me. But, I compartmentalized those feelings and focused on my gratitude. Let’s hear it for FaceTime and technology.

Besides, I think he really was there. I don’t know why I slid down to the grass. Maybe to get into a better birthing position? But I bet he was sitting on that nice comfortable bench.

Such is a father’s love.