How to Raise Your Kids to Be Independent Thinkers

All parents know that they can only do so much within the home: influences outside of the house will impact kids, too. What they learn in school, from their friends, and from what they consume on social media and on TV influences what they think. So how, then, can kids be raised to think for themselves? 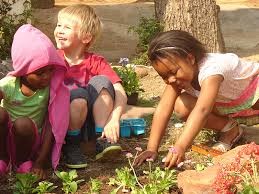 I chatted with Josh Forti, a 7 figure entrepreneur and the founder of the Think Different Theory podcast, to talk about just this. He was raised in Saint Joe, Indiana, with a population of a whopping 500 people. Many talk about the “small town mentality” - how often, when a small amount of people all live in the same small town, everyone thinks in a similar way. But not Josh, and he credits it to his parents.

Here are three ways he says his parents raised him to be an independent thinker.

1. They gave him a sense of extreme responsibility.

When kids have someone else to blame for their actions, it’s easy for them to believe that they aren’t thinking for themselves. This isn’t how Forti was raised. “My parents gave me a sense of extreme responsibility, meaning everything was my own fault,” he reflected. Bad grade? His fault. Good grade? His fault. Connecting actions to a forethought with this type of responsibility is the best way your kids can see the results of their actions, and how thinking for themselves leads to actions they must take responsibility for.

2. They gave him context around why he was asked to do certain things.

Next, Forti says he was never blindly told to do something that he went and did. This means that every chore and every assignment has some greater context. “They wouldn’t just ask me to do things; they’d explain why I needed to do the things they were asking,” Forti said. “This helped me to start asking questions, and form ideas rather than blindly accepting.”

Next time you tell your kids to do their homework or do one of their chores, give them context as to why it’s important - even if it’s about cultivating responsibility or preparing them for when they have their own house one day.

3. They encouraged him to think through his own questions.

Finally, whenever Forti had a question about the world or a contemplation, they’d ask him to think through how it would work. “This truly helped me think for myself,” Forti noted. This also teaches your kids HOW to think: to grapple with a problem or an inquisition and then think through how to solve it. You can help them through this process with guiding questions, but it’s important that they start to lean on their own understanding and come to their own conclusions.

These ways of encouraging your kids to become independent thinkers will serve them for the rest of their lives. 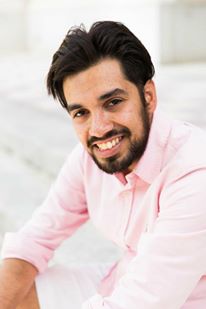 Imran Tariq is the co-founder and CEO of Webmetrix Group. He is a multiple #1 best selling author, a voice on CNN, CNBC. Imran also works with seven-figure companies and helps them drive traffic to become market leaders. In his free time he loves spending time with his wife and family.

Why our son's dancing stands for social change by breaking gender roles!
How The Secret Life of Pets is Relevant to Foster and Adoptive Families
Feeling the Frustration: Handling the "I Can'ts"
advertisement

Why our son's dancing stands for social change by breaking gender roles!
How The Secret Life of Pets is Relevant to Foster and Adoptive Families
Feeling the Frustration: Handling the "I Can'ts"