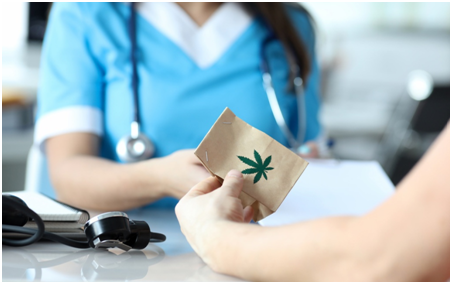 Universal Healthcare… This is a term we are starting to hear more often, especially as the debates for the next U.S. Presidential candidates are starting to heat up and take place. Another hot topic we are starting to see be brought up is that of federal cannabis legalization. What we don't hear about, though, is how the federal legalization of cannabis and the implementation of universal healthcare could positively or negatively affect one another. Let’s dive into these topics further and what each could mean for the other!

First, let’s take a look at what Universal Healthcare is, where it has been implemented, and the benefits that it has to offer. The World Health Organization defines Universal Healthcare as "a situation where citizens can access health services without incurring financial hardship." Unfortunately, the United States is the only developed country that does not currently offer universal healthcare. As a result, millions of people have had their lives torn apart over health care expenses.

The High Cost of High-Cost Healthcare

Americans spend more per capita than any other country for healthcare annually, and the quality of care for many is still quite questionable. For some, one emergency is all it has taken to tear their lives apart forever. Take, for example, the story of Heather Waldron and John Hawley, who were just two of the hundred individuals sued by the University of Virginia health care system for medical expenses.

Many of those involved with this lawsuit have had liens placed on their homes, their cars confiscated, and much more. According to debt.org, "52% of debt collection actions in the U.S. contain medical debts,” and “the average U.S. consumer spends more than $10,000 a year on healthcare.” This is absurd.

So how does universal healthcare relate to cannabis? Great question. Everyone should have equal access to medicine. Isn't that what the legalization of cannabis boils down to? Freedom and liberty to live the best life possible? That is what universal healthcare can allow millions of individuals currently struggling with medical expenses to find, freedom to live better. Cannabis is even being considered as a great potential resource and medicine for those in palliative care, where healthcare prices traditionally run family funds dry.

What Universal Healthcare Could Mean for Cannabis and Vice Versa

One of the most significant economic benefits that statistics has shown thus far regarding cannabis legalization is its ability to cut down Medicare costs. A study from 2016 by Health Affairs indicates that states that have legalized medical cannabis programs saw a drastic reduction in Medicare D costs annually. It is estimated that those savings could be “as high as $470 million if medical marijuana were legal across the country.” So naturally, one would assume, that if cannabis legalization could bring down health care costs, chances are if the U.S. were to turn to a universal healthcare system, the goal would be to implement anything possible to help lower costs to the government and taxpayer, including legalizing cannabis.

One of the biggest struggles for legal, medical cannabis patients in states that have implemented medical cannabis programs is the cost to medicate with cannabis. This is because, in the United States, cannabis is still considered illegal at the federal level. For this reason, health insurance companies do not cover the expenses of medical cannabis. I'm not sure if you have walked into a dispensary lately and seen what the prices are for quality medical cannabis today, but it isn't cheap.

If cannabis were to become federally legal, it is likely that in a short period of time we would start to see insurance companies cover the cost of medical cannabis and perhaps even a major overhaul of the U.S. health care system into one with universal access for all. In a world where universal healthcare and cannabis legalization could coexist, the benefits for patients could be substantial. 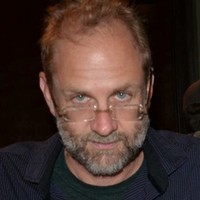 I AM SEO EXPERT

I’m going on Medicare, how does my teenager get coverage?
How Blockchain Technology can transform the healthcare sector?
The Rising Maternal Mortality Rate: What You Need To Know
advertisement

I’m going on Medicare, how does my teenager get coverage?
How Blockchain Technology can transform the healthcare sector?
The Rising Maternal Mortality Rate: What You Need To Know