I Am Terrified of the Probable Coronavirus Pandemic. And here's my why.

Published by Elizabeth Gerlach on February 28, 2020

This may seem irrational, but I have my reasons.

Does the thought of a fever, runny nose and/or congestion scare the bejeezus out of you? If so, you’re not alone. Join the club.

A bit obsessive maybe? Or just a touch of post-traumatic stress disorder? This is possible, you know. Being dropped in the middle of a war zone is not the only way to develop PTSD.

Perhaps it’s because I cradled my young son as his heart stopped beating in 2016. He was not yet four years old but had suffered from chronic respiratory illnesses for the last year and a half of his life. He was in and out of the hospital regularly, averaging about 6 days/month.

My babies were just in their first year of preschool and now in contact with germs they hadn’t had to contend with before. And every time I saw a runny nose or early cough, I frowned. Because I knew what was coming. More than likely, Benjamin would end up in the PICU. I never expected him to die though. I don’t think any mom expects that.

Not surprisingly, losing him has affected how I react and care for his brother and sister, my worry amplified and my actions more extreme.

Even though I know they are stronger than he was.

Even though I know that sore throats and stuffed up noses are all part of the inescapable reality of having school-aged children.

Even though I know they will be okay … hopefully …

…. It still scares me and makes me nervous as if I’m anticipating the loss of another child, the only question is when.

And this is why the new probable Coronavirus pandemic is scaring me.

In January the World Health Organization called it a “public health emergency of international concern” even though there are only 60 confirmed cases in the US so far. However the CDC also states that they expect it to spread on its own in the US, known as ‘unknown transmission’, being unrelated to travel exposure or exposure to those that have traveled.

According to the CDC, the fatality rate of coronavirus is 3.4%, which sounds low but is actually an increase of the original rate of 2% from January. To keep it in perspective And it is also significantly higher than that of the flu which is around .095%.

And YES, I realize the FLU this season is more widespread and more deadly in terms of sheer numbers. But I feel somewhat protected here because, like every year, we have had our flu shots. And according to our pediatrician, the flu shot does NOT protect fully but is proven to reduce symptoms if the flu is contracted.

Officials are warning that establishments such as schools, daycares and churches should prepare for possible outbreaks and have plans in place to isolate and reduce transmissions. There may be closures and there may be increased absences.

Early signs of COVID infection are the same as other cold-like illnesses:

-severe symptoms may include weakness, lethargy and GI issues 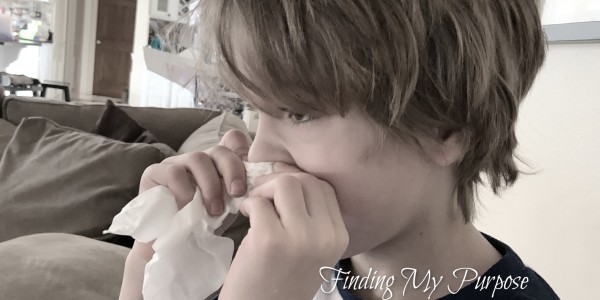 I believe there is only so much that officials can do. All of the well-intentioned and purposeful tactics will not completely eliminate risk of catching an illness. So it’s up to us moms/dads to protect our kids as much as we can.

No shocker … you will hear this EVERYWHERE … the best ways to prevent catching or spreading illness include:

2-limit interaction and contact with people that are showing symptoms (coughing, runny nose)

3-if YOU are sick, stay home, limiting contact with others

4-if YOUR CHILD is sick, keep them home, limiting contact with others

6-use hand sanitizer with at least 60% alcohol, carrying it on you and wiping surfaces you will touch (like shopping cart handles and countertops at home)

7-FACEMASKS… facemasks are not necessary if you are WELL as they DO NOT protect you from catching a virus. You may see people with facemasks in your community (like I did yesterday at our local WalMart), however the CDC suggests a facemask is only recommended/necessary if you are sick or have been around someone who is sick (and you were likely exposed). They do not do a good job of protecting you if you are NOT sick (see the first five bullets on best methods of prevention).

If there is a widespread contamination as the CDC is expecting before it’s all over, officials remind us that it will not appear as portrayed by Hollywood (think “Contagion” … illness started in China and was brought to the US by Gwyneth Paltrow, and contracting it meant certain death. Ironically enough, I just watched this movie in January). Common symptoms will range from mild to severe. The good news for us parents is that it seems children are less likely to be severely affected. Most reported cases so far are of elderly or older adults.

The truth is Coronavirus is just one more respiratory virus that is now out there. It’s making people nervous because of its rapid spreading and the newness and uncertainty of it, making it a ‘novel virus’.

But this doesn’t mean that as a mother, I will be taking this lightly. In fact, I’m more alert and more nervous given our personal situation.

Last weekend, my daughter and Ben’s triplet sister had a high fever of almost 103 for two days. She was lethargic, sleepy and pale with ruddy cheeks. Her eyes were distant. My husband was prepared to make a very familiar late-night trip to the ER. While I continuously plugged in numerous searches into Dr Google trying to figure out what was the best choice and course of action.

All indicators and information said to stay home and continue doing what we were doing. This doesn’t make it easier or ease any minds, especially for a family who has already lost a child to respiratory virus.

We stuck it out, we stayed home, we gave her fluids, we let her sleep. I checked her saturation and temperature periodically throughout the night.

We made it through the weekend, and she was back to school on Monday.

But here it is four days later, and as I’m typing this both are coughing with sniffly noses. Thankfully there is no school today (Friday) and we will stay homebound trying to take it easy and recover. And I may or may not be wiping down all surfaces with bleach later today.

To get the latest information from the CDC, visit their website here.

** All data, facts and recommendations pulled from the World Health Organization and Center for Disease Control websites.

​Too Sick for School?
Are You Worried About The Common Cold? Not All Regular Colds Are Coronavirus!
A pediatrician weighs in: Is February too late for the flu shot?​
advertisement

​Too Sick for School?
Are You Worried About The Common Cold? Not All Regular Colds Are Coronavirus!
A pediatrician weighs in: Is February too late for the flu shot?​