Published by Rachel Whalen on February 26, 2019 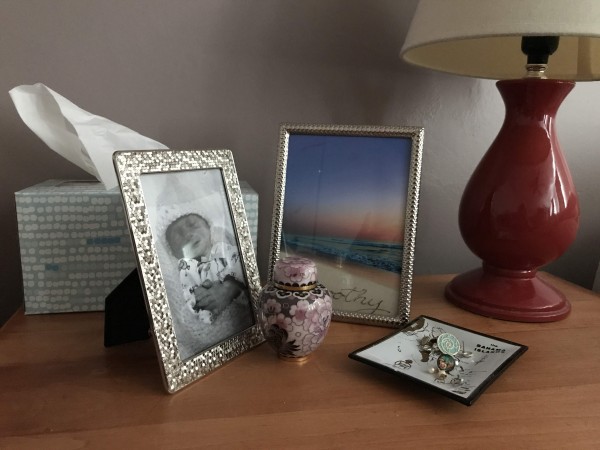 I sat there, cradling my stillborn daughter in my arms when they asked if I wanted photos. I looked at them horrified–why would I want a photo of me holding my dead child? So, I said no.

My medical situation was urgent and I was running out of time to hold my baby. Even though time was precious, they asked me about the pictures again.

“Are you sure you don’t want any photos of your daughter?” they questioned.

In that moment I felt very sure. Of course I wanted pictures of my daughter, but I wanted them was she alive and pink and adorable. I didn’t want a picture after all the life had drained from her.

Yes, I was certain. I wanted no memory of this moment–the day my daughter was stillborn.

It turns out that I was wrong. I had no idea at the time, but I was so very wrong in my decision not to take photographs.

I said no to photos, because I was scared. I was sick. I was confused. I was heartbroken.

So, I said no and they listened–except for one nurse.

I don’t know who she was, but she took a photo of my daughter. She dressed her and wrapped her up. She positioned her hands so delicately and tilted her head just so. And then she took a photo–our only photo of Dorothy.

After taking my daughter’s picture, she tucked it inside the white memory box from the hospital. She nestled that photo among a card bearing my baby’s measurements, a soft pink blanket, and the hat she wore the last and only time that I held her. And there it lay, for over a month.

It took me over a month to open that memory box.

I knew there was a photo of Dorothy inside and that really upset me. It felt like another instance of someone thinking they knew what I needed even when I stated the obvious. I had said no photos and I had meant it.

Then one day, we decided to open the box. Sitting perched on the edge of our bed, box between us, I met my husband’s gaze. He told me to go ahead, but I was afraid. I was scared that I would see her face and recoil. I thought that seeing a photo of my dead daughter would only add to my heartbreak.

I tugged at the green ribbon that kept the box closed and drew in my breath. Staring at the wall, my fingers fumbled with the lid and before looking down, I closed my eyes. When I opened them, I was gazing upon the most beautiful face I had ever seen.

In that photo I didn’t see a lifeless body, I only saw my beautiful daughter.

How could I have been so foolish to think I wouldn’t want a photo? As I held her in my hands again, I was overcome with so much emotion. I felt grateful that this photo was in my hands and I felt so much regret that I had said no to taking photos. It turns out I needed those photos.

I’m so glad that one nurse didn’t listen to me.

I am so grateful that there was someone who knew what I didn’t. She knew that, when I was ready, I would want to look upon that beautiful face every single day. She knew that the birth of my first child, was a day to remember.

Women who are pregnant: Take your picture
To The Woman Who Wondered If It Was Necessary To Share A Photo Of My Dead Baby
Three Hacks to Build Body Positivity in Kids
advertisement

Women who are pregnant: Take your picture
To The Woman Who Wondered If It Was Necessary To Share A Photo Of My Dead Baby
Three Hacks to Build Body Positivity in Kids