Published by Maureen@Raising The Capable Student on April 23, 2017 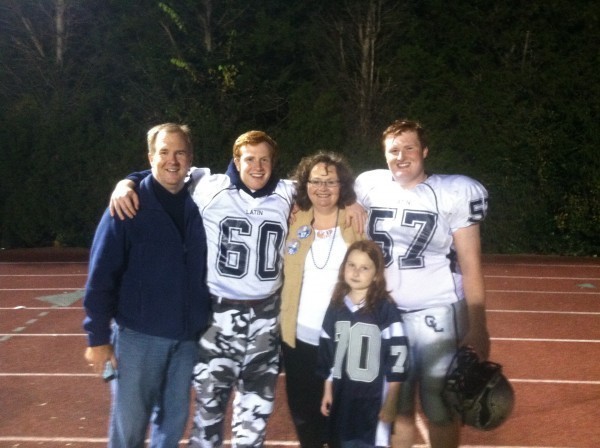 I watched with increasing anxiety and panic because I still had to drive home, pick up my third son, and get him to Scouts in time to leave on a camping trip. My anxiety level was through the roof, and then, finally, I saw my boys…walking…slowly to the car…stopping to talk with a friend…and…I put my car into drive and pulled away.

Yep, I left my middle school sons at carpool, and it was the most intoxicating, liberating thing I had done since they were born. For the record, I wasn’t abandoning them in a back alley somewhere. They were at the school field, it was broad daylight, and there were tons of people around.

By my estimation, I had already spent years of my life sitting in carpool lines. Years of my intelligent, college-educated life spent waiting for and watching other people doing things.

It’s demoralizing to spend your life always waiting for and watching other people – even people you love.

So that hot August afternoon, I drove away, and in the process my sons (and I) learned a few valuable lessons.

You should hustle for everyone – not just for the burly guys with the whistles. Don’t just hustle in front of the guy who decides if you play or not. Hustle because that is the kind of person you are all the time, and you will be successful in life.

Barbara Corcoran tweeted the following in February 2016: Tremendous energy and hustle are a key to being a successful entrepreneur.

I completely agree with her, and the hustle mindset has paid off in tangible ways for my kids. Over the years, all three of my sons have gotten summer job offers without having to apply, simply because the adults around them noticed and appreciated that they were the kind of kids who always hustled.

I left my sons in carpool, but guess what? They aren’t still standing there waiting for me. They figured it out. They rallied, found an older kid who played a different sport but lived in our neighborhood, asked him for a ride home, and walked in the door, chastened but triumphant.

They had been left to fend for themselves, and they had. Even I was impressed.

By driving away that afternoon, I gave my boys the opportunity to develop grit – before grit was cool. (I also developed a legendary reputation among their friends that I maintain to this day.)

That day, I taught my kids that it isn’t “all about them,” and that knowledge has been invaluable to them growing into the thoughtful, considerate young men they are today.

It also reminds me that as much as I love them and love being their mom, I can’t let that be my whole life. I should – and do – have my own dreams and aspirations, and that is healthier for us all.

I knew my guys had learned their lesson when, a few years later, we gave one of the kids in our neighborhood a ride to football practice. As we sat waiting at the curb, the friend emerged from his house and began to walk slowly toward our car. Before I knew it, one son was yelling out the window “Dude, HUSTLE,” while the other was racing up the friend’s walk to grab his equipment while shouting, “Move it, my mom’s got stuff to do.”

He was right. I did have stuff to do.

Maureen Paschal is a freelance writer, a teacher-librarian, and a mom of four almost grown kids. She blogs at Raising The Capable Student where her goal is helping parents to keep family life a priority and school success in perspective. Her work has been featured in On Parenting from the Washington Post, Grown and Flown, Perfection Pending, and TODAY Parents.

What I'm Not Going to Miss About the Elementary School Years
'Hustle and heart': Sports and the lessons we learn sitting on the sidelines
Life in the Carpool Lane
advertisement

What I'm Not Going to Miss About the Elementary School Years
'Hustle and heart': Sports and the lessons we learn sitting on the sidelines
Life in the Carpool Lane