I Stopped Being a Camp Director and Now I'm Just Mom

I USED to be a good summer mom. I had my boys in camps at alternating weeks so they weren't all home so much together to argue. I had a Pinterest craft or outing planned EVERY DAY. The boys religiously did their summer workbooks and reading time. But we were not really having fun.

Last summer we relocated, leaving my boys with no camps in their new state and myself unpacking and getting us settled. No time for Pinterest crafts. We still went on a lot of field trips... mostly to IKEA.The boys didn't really have friends yet, so they were forced to rely upon each other. I learned a lot that summer. Turns out my boys didn't really miss my crafts, or being forced to get up and go do something EVERY day. And they REALLY didn't miss Summer Bridge Books and reading every day! I was stressed from the move, but not from being MOM.

This summer, we still have sports most evenings, which means now I like to leave the days less structured. The kids can sleep in. They can go jump in the pool if they want. They can ride their bike to the neighbors' to see what they are all up to. They go in the woods and build forts. A couple of boys have a camp to go to here and there. But every day isn't all PLANNED OUT! They still do some chores each day and read and do summer workbooks too, but I'm not the workbook Nazi anymore.

We go the zoo or park and craft occasionally (never). But the boys are spending more time learning how to entertain themselves and just ENJOYING summer! I am not worried about comparing my kids' camp schedule or craft to someone else's.

The camp directors can plan the crafts and activities and schedules. I am going to be the mom eating popsicles by the pool enjoying my summer with the boys! 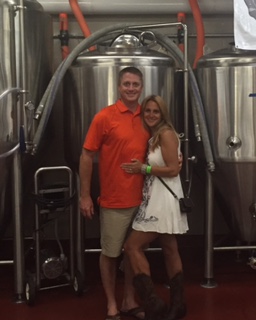 I am a 38 year old SAHM of four boys! I was a teacher but quit to stay home with the kids. I move frequently with husband's job so that affects life/ parenting. I think moms need to support each other more. It is a hard job! Let's lift each other up!

Summer Camps (and how to afford them)
Why I'm Not Sending My Kids to Summer Camp
A Summer Promise To 7 Year Old Me: "Let's not, and say we did."
advertisement

Summer Camps (and how to afford them)
Why I'm Not Sending My Kids to Summer Camp
A Summer Promise To 7 Year Old Me: "Let's not, and say we did."