I used to want to be Britney Spears, and now I want to be Mrs. Maisel. 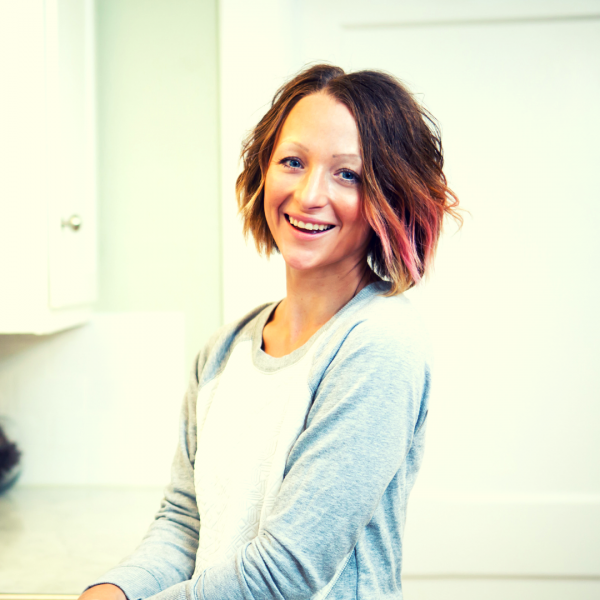 I used to want to be Britney Spears, and now I want to be Mrs. Maisel.

After I break it down, you will see that the two ladies aren't all that different. But, I sure as heck am from the 13-year-old who regularly rolled her skirts (and her eyes), knotted her shirt above her perfectly self-tanned mid-drift, wore extensions and hair braids and longed to (and eventually did) pierce her belly button.

"Hit me, baby, one more time," I ask of you with the hope that you may wipe these unfortunate and embarrassing memories from of my head.

I'm, maybe surprisingly, not too horrified by the quirky, trying-to-hard teenager and young adult I once was, though I am pretty sure some who knew me were.

Whether I've always been compliant or not, I've instead become a girl who prefers to keep her hair short, is still working on the killer body but won't turn down a sushi roll (or ten), no longer has a piercing but does have tattoos, and longs for recognition and stature in the writing realm and amongst my peers in the cohort of parenthood.

Yes, Mrs. Spears is a real person, and Mrs. Maisel is a character, but the reasoning behind my contention that they aren't so dissimilar is because both are women who were/are determined to use their talent to fulfill a purpose and successfully did so. And, my goodness, we all should be so hell-bent and intent on doing what we have an innate aptitude for if it brings us joy.

In my younger years, this was soccer (aptitude) and boys (joy). Eek! Probably shouldn't have admitted the latter, as the first was entirely appropriate and acceptable to be doing and the second, well, not so much.

I also used to care so much about my appearance, and wearing clothes that were tight and would make me look older. In any store, I would beeline for those instead of purchasing the ones that fit me well, were at least semi-modest, and comfortable.

I put so much pressure on myself to be accepted socially while internally I was super self-conscious and entirely unsure of who I really was and what I stood for.

Though I've always valued my family, I used to assign way to much regard to who wanted to be friends with me or date me, and who thought I was "cool." Because, well, if other people believed I was worth something, then I must be then, right?

But then something happened when I turned thirty. I stopped giving a flying fudgesicle what any person other than my mom, spouse, and kids thought of me and I started to dissect my life to ascertain the real me, my values and to discover my deeper passions and purpose for this one life I get.

This newfound resolve I had to solidify my self-cultivated mission as a woman, wife, parent, daughter, sister, friend, and member of my local community and the general public was then heightened when I found writing as my therapeutic tool and outlet.

Suddenly, what I wholeheartedly began doing for myself -- putting my words, thoughts, and opinions on paper -- started affecting others who would read my ramblings.

Heaps of comments began streaming into me from women, and some men, who appreciated my storytelling stating that it made them feel supported, motivated, inspired or that they were merely entertained by it.

Britney Spears used to entertain me and now, it's Mrs. Maisel who does every evening around 9 pm when my husband and I switch on Netflix.

What is it about the gorgeous, word-ninja lead character of this American period comedy-drama web series that has me girl crushing?

It's that she's a beast when it comes to her craft and she is relentless in her pursuit of making her dreams come true.

Yes, you could contend she's not the most present mother to her offspring, she's a bit flighty and self-absorbed, but she's made a choice to make herself and her comedic endeavor her highest priority and for that, I admire her.

I admire her tenacity in going after what ignites her, even if such takes her out of her home and away from her family.

I am impressed by her unremitting willingness to "make it all work" -- motherhood, co-parenting, dating, familial obligations, and comedy -- and the fact that she hasn't (yet) had a meltdown. (Don't spoil it for me if one is on the horizon!)

Maybe it's because I used to enjoy singing and booty-shaking, that I used to look up to Britney Spears. But, the 32 year-old-me, I appreciate women who use words wisely, humorously and with a unique delivery. This is the same reason I used to love listening to Rory and Lorelei Gilmore banter back and forth while watching Gilmore Girls with my mom many years ago.

Women who use words like love and laughter weapons -- those are my people.

Women who establish big dreams for themselves and never give up on them -- those are my people.

Women who, like Britney Spears, have decided to slow down their career to focus on a new dream, like motherhood -- those are my people.

Women who, like Rachel Brosnahan, who absolutely nail their ability to exercise their craft with impeccable drive and results -- those are my people.

Women who work hard are my people, and they should be yours too.

Women who do what they love -- whatever that may be -- are my people, and they should be yours too.

Women who, from here on out, vow to figure out what it is that they love and do it -- you are my people.

You're my Britney Spears.

You're my Mrs. Maisel.

And I hope that I am for you, too.

Coffee Talks: Parenting the Kind of Kids Who Change History
Raise the Bar - She's Going to Notice
My Baby Disappoints Me: And Other Unspeakable Mommy Thoughts
advertisement

Coffee Talks: Parenting the Kind of Kids Who Change History
Raise the Bar - She's Going to Notice
My Baby Disappoints Me: And Other Unspeakable Mommy Thoughts