I wish someone would have warned me about mommy meltdowns

My kids were in the middle of an epic meltdown.

I stomped my foot dramatically, while venomous words dripped from my mouth through clenched teeth. Tears welled up in the corners of my eyes before trickling down my cheeks as some of my finest yelling to date was displayed in my not-so-private backyard. 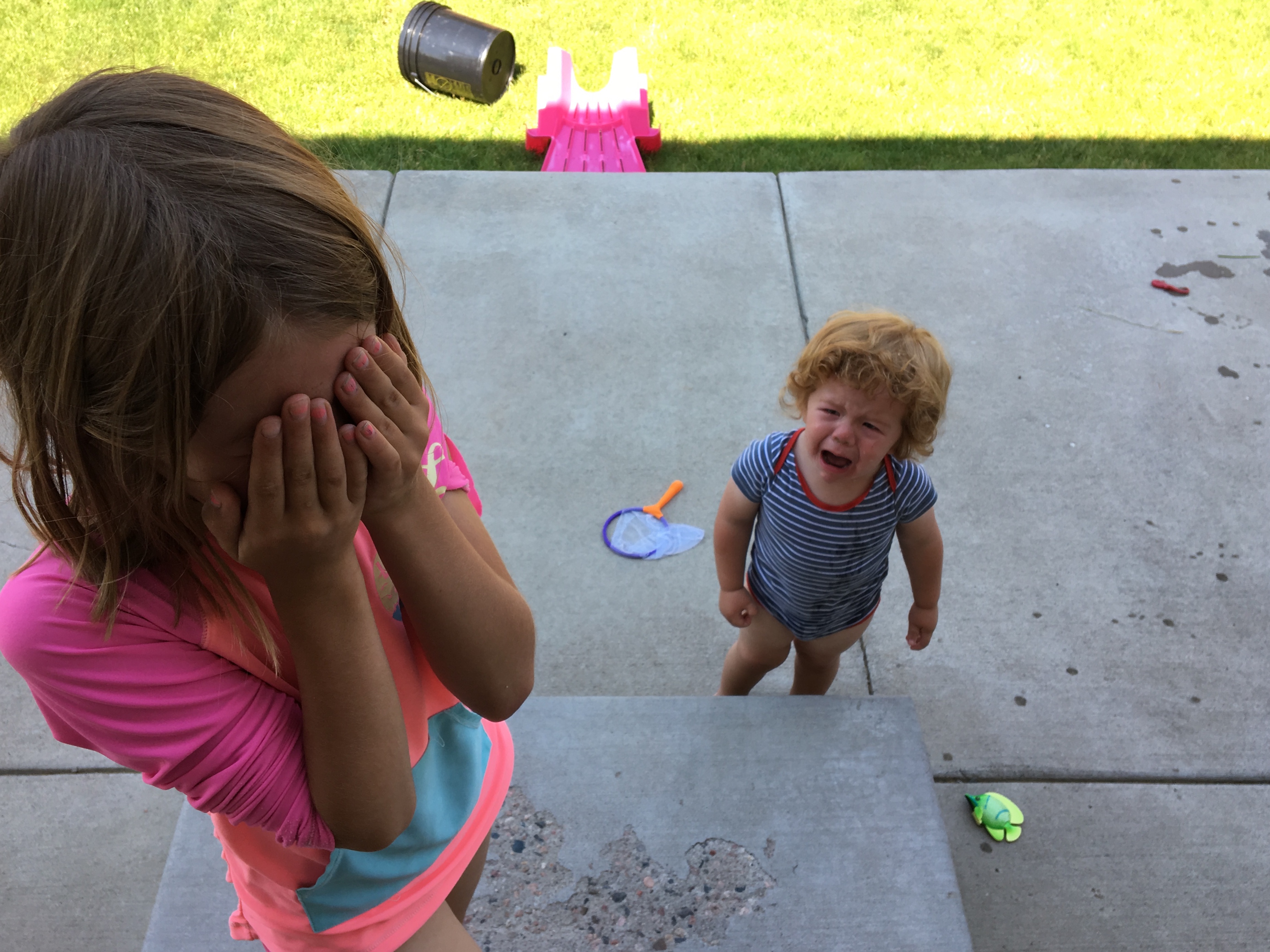 And unfortunately, this wasn't an isolated incident, because it happens more than I'd like to admit. These mommy meltdowns of mine.

The kids woke up in a sour mood, and in combination with my own tangled emotions, sparked a fiery rage within me. Their screaming and crying and arguing and whining began as soon as their eyes blinked open. The reason for their behavior, and mine, wasn't immediately clear, though I can guess that it had something to do with the fact that our lives have been ruled by chaos for the past six weeks.

They had apparently reached their breaking point. And so had I. Because when I'm low on sleep and high on stress, I struggle to appropriately manage the responses that result from chaos and disorder, both theirs and mine.

I never imagined that I would respond to my children in such an ugly way. That these mommy meltdowns would happen as often as they do.

People warn you about the sleepless nights, the exhaustion of having a baby. They tell you about the constant need to feed and change and rock and launder. But they don't really provide a glimpse into the days that come after the baby has grown into a toddler, and then a child.

They don't tell you about the mommy meltdowns. That the noise and constant company of children will wear every last nerve so thin that each one is destined to break. That the complaints and tears, arguments and questions, and the instances of disobedience that happen over and over will cause you to snap, even under the most controlled circumstances.

Before I had kids, I had no idea how much time I would spend locked in the bathroom just to get a few minutes of peace, just to get my head on straight. I didn't know how much chocolate I would consume while hiding in the laundry room or how many tears would be shed in the darkness of my closet. And I didn't know that sometimes none of those things would be enough to keep my explosive emotions in check.

I begged God to fill my home with children, and He gave me what I asked for. But I didn't know that those children would bring me to my knees on a daily basis. In gratitude, of course. But so often out of desperation and frustration. And the need for forgiveness, because I get it more wrong than I ever would have guessed.

It's easy to tell myself that tomorrow will be better, but I know all too well that tomorrow is never guaranteed. And although I can hear all those internet voices saying “Give yourself grace,” sometimes I feel like that's a cop-out. Like maybe I've played that card a few too many times. Like giving myself grace also gives me permission to act like a jerk, which should never be the case.

And after a really bad day, I don't even have the capacity to give myself grace. My brain replays the harsh words that flew out of my mouth over and over again. It repeatedly flashes back to the destructive behavior that took a toll on the hearts and minds of my children. And I can't let it go.

So because I can't give myself grace, especially after these deeply defeating moments of motherhood, I have no choice but to receive it from the God who freely gives it.

And after that, the best I can do is to focus on turning a bad day into a good night, with bedtime stories and goodnight kisses, and apologies to the little ones who were on the receiving end of my meltdown.

And that forgiveness I'm always in need of? I'll ask for it and believe that it's been given.

My Kid Completely Lost Control and Here's What I Did...
Twinmom Meltdowns – It happens to the best of us
Are Meltdowns Really Just Temper Tantrums?
advertisement

My Kid Completely Lost Control and Here's What I Did...
Twinmom Meltdowns – It happens to the best of us
Are Meltdowns Really Just Temper Tantrums?