If You've Cried the Ugly Cry at a Teacher's Conference...Raise your Hand 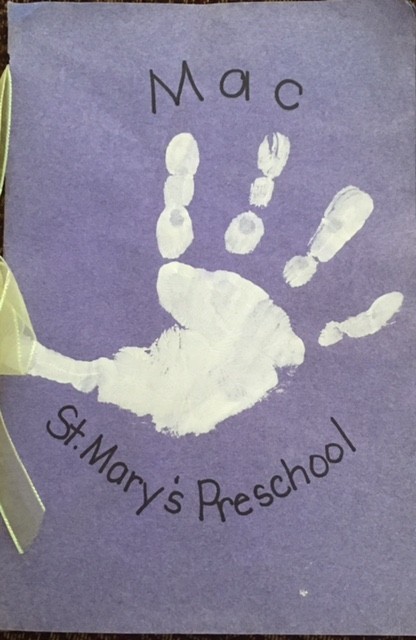 If you’ve walked into a teacher’s conference anticipating glowing reports about your little rock star, raise your hand.

If, after hearing said report, you choked back the ugly cries during a teacher’s conference, keep your hand up.

If by the end of the year you realized the less than flattering report was actually a godsend, give yourself a pat on the back.

Oh and give your teacher a big, old hug too.

In hindsight I am so grateful that Mrs. Rogers was honest about my oldest son at our first parent-teacher conference EVER. As my pregnant body teetered on the edge of the Lilliputian classroom chair, she slid examples of his severely underdeveloped fine motor skills across the triangle table one at a time.

Seeing her concern and given that I expected her to say how advanced he was, this was a blow. As I sat and sniffled, wiping my nose with the back of my hand like one of her students, Mrs. Roger’s smile never wavered. There was no judgment even as the tears pooled on my upper lip, salty and mortifying.

This was the day Mrs. Rogers began the building blocks of parenting with me. Until this moment, I had been the main influence for my son and releasing him to someone else for half a day was daunting. Yet, just as my son was taught the Pre-K basics to prepare him for higher learning, I learned some pretty fundamental lessons to prepare me for motherhood as well.

Mrs. Rogers taught me that weaknesses are reason for celebration and growth just as successes are. By identifying what my son needed to work on, we allowed him to rise to the challenge. I was honest with him after that initial assessment, encouraging him to work hard to achieve a goal. We saw that cushioning your child from shortcomings only hurts in the long-run. In this case it would have meant delaying kindergarten.

Leading by example, she showed me that children respond much better when they feel supported through positive reinforcement. She never made my son feel inferior for not grasping drawing and his letters, instead she praised his efforts and lauded his gross motor skills which God gave him in abundance. I modeled this behavior at home so we were partners on this path to reach his potential.

Throughout that year, Mrs. Rogers never compared the children in the classroom, an important lesson for a mother with three children, all of the same sex. The tendency to compare and have preconceived notions is natural. She made me see that they all have gifts; some are just more obvious than others. This philosophy perpetuated as we were lucky enough to have our second son in her classroom years later as well.

Most importantly, she demonstrated that every day is a new opportunity to see something wonderful in your child. As adults, we expect to have good days and bad yet we are not as patient with our children when they suffer the same fate. There is always some morsel of goodness to be savored even if you have to dig deep to find it. She managed to find that morsel without fail.

My preschool education came at the ideal time. I was an overwhelmed mother facing the birth of her third boy in 4 years. Mrs. Rogers never sat me down and laid these life lessons out for me, they were evident in her comments and conversations throughout the year and in the disposition and growth of my child. This wisdom came from many years in the classroom and in the parenting trenches as well. She taught me so much naturally without even knowing it.

My son benefited as well. With her guidance, we made the choice to send him to kindergarten shortly before his 5th birthday.where he soared from day one. That’s not to say we haven’t had some uncomfortable teacher conferences, but thanks to Mrs. Rogers, his confidence as a student had a strong foundation and he found his way.

Until she retired from teaching, my sons were incapable of passing her classroom without poking their head in to say hi. Mrs. Rogers, likewise, followed their academic and personal pursuits as well. She was never too busy to chat and share that contagious smile we came to love.

Teachers come into your life for about 10 months each year. Sometimes you are even lucky enough to have more than one child in a favorite educator’s classroom. But every now and then, you find a teacher that stays with you much longer because they demonstrate that teaching is just as much about the heart as it is the mind.

Small town teacher with a huge heart.
Collared: To all the teachers and village members who make a difference — one book report at a time.
When a Teacher Changes a Child's Life
advertisement

Small town teacher with a huge heart.
Collared: To all the teachers and village members who make a difference — one book report at a time.
When a Teacher Changes a Child's Life