I'll Never Be That Kind Of Parent 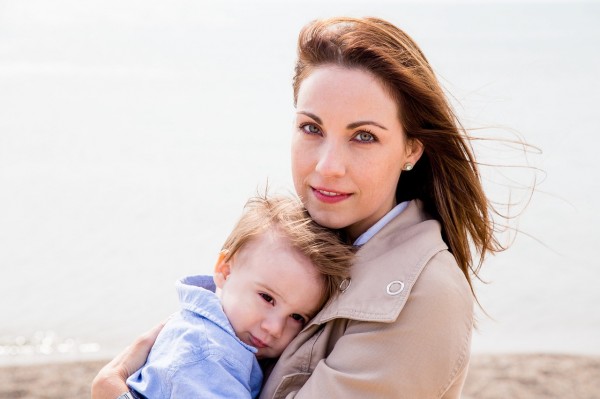 You know who you are.

You're that parent who once said "I'll never feed my kids fast food," or, "I'll never yell at my kids."

Yes. There are many of us out here raising children who said a lot of things about what we'd never do.

I have a tip for any new parents or parents-to-be. Never, never, never say never.

A funny thing happened to many of us when we became parents for the first time after envisioning our perfect parenting scenarios and knowing exactly what we'd never do.

Once you actually have your own child or children, the ideas about parenting that you harbored in your mind become a startling reality that messes up all your best laid plans. Mind you, there are parents out there that follow through with exactly what they said they wanted for their children. Kudos! But I'm not talking about you right now.

Right now I'm talking about that time you said you would never feed McDonald's to your precious little darling(s) - especially the chicken nuggets! But then - wait for it - you did. It was a rough day, there was a meltdown, you were exhausted, and that drive-thru was the only lighted beacon at the end of your tunnel of hell. You gave in and your adorable heart with legs absolutely devoured that greasy crap - loving it all the way.

Then there was the oath you took in the bathroom mirror that you would never yell or scream at your child. When you were single or childless you witnessed enough moms and dads in Walmart or Target completely going off on their children and you swore that would never be you. How could they have such little self-control? Why did they even have kids if all they were going to do was yell at them?

Then you had a child and the time to lose your mind in a store in front of strangers came without mercy.

It's okay. It happens to all parents at one time or another - even those "perfect parents" who seem to have it all together.

From what I have concluded, the best part of parents saying they'll never do certain things is that you can be one hundred percent sure good intentions are behind it.

We all want to do things better. Better than our own parents, better than the mom you rolled your eyes at in the grocery store, and better than might even be humanly possible.

Being a patient, empathetic, gentle guide to your child is tough. It takes a tremendous amount of energy and effort. Sometimes we succeed and sometimes we fail miserably.

Wanting your child to be healthy by eating vegetables or organic food is an admirable goal. But it doesn't always work out the way you would like it to. Sometimes kids eat crap. Sometimes you just can't control everything they put in their mouths. It happens. The point is you care enough to be conscious of what they're eating in the first place, even if you fail.

There are many things I said I would never do that I ended up doing with my own child. Fast food and yelling are just a couple of the struggles I face. I'm working on it. That's what matters.

More from Michelle: How To Stay Married (Even When You Don't Feel Like It)

This is why moms yells: We’re not angry people
How to Help Your Kids Cope With Moving
Back to school bullies & I'm not talking about the kids.
advertisement

This is why moms yells: We’re not angry people
How to Help Your Kids Cope With Moving
Back to school bullies & I'm not talking about the kids.