In a world where you can raise your kids to be anything, raise 'em to be savage 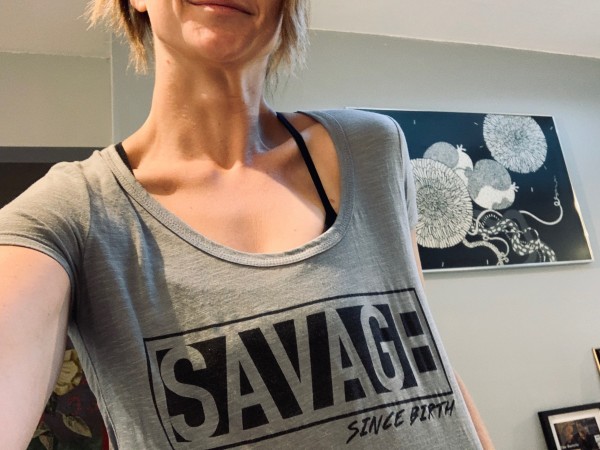 In a world where you can raise your kids to be anything, raise 'em to be savage.

Takes one to know one (and birth one) and me, I'm living with three miniature balls of fire.

I wouldn't want it any other way.

They've been referred to as feral.

If you see 'em out, you'd probably comment on how crazy they act.

Okay, maybe at Publix at 7 am on a Sunday, but at no other time.

There's something so exhaustingly beautiful about kids owning who they innately are and not letting themselves be subdued.

While I'm not suggesting or contending that kids can do whatever they want when they want, I am stating that it is a better idea to raise them to be ruthless in pursuit of their wants, desires, and dreams so they don't turn into adults who settle for being less than who they are capable of becoming -- individuals who can and will change the world.

As parents, we have to ride the super-fine line between encouraging our kids to be, own and express who they are and their values, while ensuring them doing such doesn't infringe on or cause harm or hurt others.

More often than not though, accepting our kids in their full, unmuted color is all the freedom they need to feel loved and accepted and kids who feel like they are allowed to take up space are more likely to express and exercise the same soft-heartedness towards others and put their authentic, quirkiness and positivity out into the world.

Raise 'em to get excited.

Raise 'em to be motivated.

Raise 'em to be daring.

In a world where you can raise your kids to be anything, raise 'em to be savage, but be sure to teach them what's worth being savage for like the values of

Stop word vomiting directives at your children
Words of Wisdom for New Parents from Real Parents
Kids are a lot more enjoyable when you "season" them well.
advertisement

Stop word vomiting directives at your children
Words of Wisdom for New Parents from Real Parents
Kids are a lot more enjoyable when you "season" them well.