It’s back to school, but I’m gonna miss my 'Summer Quarinterns' 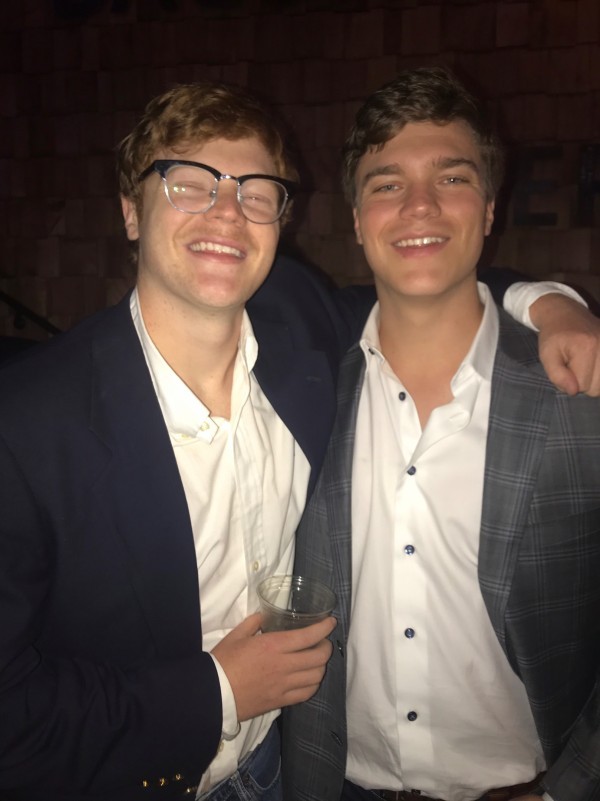 This week clusters of moms will get together for impromptu HAPPY HOURS to celebrate the most glorious season of the year...no, not Christmas...back-to-school!

But, this year we aren’t sure if we are celebrating the end of a very long summer that began back in March or a ridiculously long spring break that is just now ending in August. Either way we are raising our glasses and toasting something that may or may not be over.

What a weird time for all.

In spring of 2020, college kids boomeranged back home in droves, high schoolers were sent home for parents to homeschool (parents, I might add, who barely passed their own calculus classes 20 years ago) and middle schoolers were running the streets like it was Ferris Bueller’s Eternal Day Off.

These "dark times of uncertainty” (a 2020 catch phrase we are all growing weary of) have led to some ingeniously creative problem-solving parenting tactics. One such personal ploy that I am particularly proud of is the “Summer Internship” I created.

My oldest son finished up his college undergrad coursework in May, snapped his laptop shut after his last exam and looked at me like, “What now?” He had eight weeks to kill until law school in another state. Not enough time to apply for a job locally and get trained only to quit and move away for post-graduate study.

Hence, the necessity of some resourceful parenting strategies on my part. This led to the creation of an unpaid Summer Internship under my tutelage.

Now, you might ask yourself what a Summer Internship would actually entail as the minion of an unemployed, scarcely compensated, lackadaisical part-time writer/mother/grandmother? That’s a valid question and a legitimate concern my son immediately raised when I suggested he could be my “Assistant” for the summer.

“But, you don’t do anything!” he protested.

“Yes I do, I’m a writer,” I responded quite indignantly. A little miffed, yes, but I did take his point, while I was simultaneously taking umbrage. He can’t really be expected to help me write random articles on marriage and family.

And, yet, I found plenty to keep him busy.

This summer he has taken out the trash and gone to the grocery store, where he procured only the foods he likes to eat. (I subsisted all summer on Hot Pockets, Pop Tarts and Muscle Milk and have the body to prove it!) He also helped me learn how to operate all of my TV remotes and streaming services and took out the trash. Just the other day I had him switch a new roll of paper towels onto the paper towel holder.

Things really heated up toward the end of the summer, though, when his older sister came rolling into town for a remote work assignment with her newborn daughter in tow. She left said baby with us for a few days. Needless to say, I was infinitely grateful for the extra pair of hands my trusty Intern provided.

The week culminated with him changing a diaper. A task for which he had no formal training and for which I provided only a modicum of verbal instruction. I merely challenged him to take the paper panty and put it on the tiny child, assuring him that if he could muddle through this task, he was well on his way to conquering anything life would throw his way.

His success notwithstanding, he did seem a little overly enthusiastic this week to rent his U-Haul, pack his things and flee the scene, clearly eager to begin the next phase of his young academic life. I stood out on the driveway at 7 am and waved goodbye with a lump in my throat.

Not because I’ll miss him, mind you. But, simply because good Summer Interns are just so damn hard to come by.

We will see how long this separation lasts, though. I’m skeptical, as I was required to sign something from the University yesterday stating that I am aware he might not be living on campus all year. (I found it peculiar that they made me sign something. As if I might say, “No, I’m not taking him back!”)

I’m not giving up my Costco card just yet. I could be buying in bulk again soon enough.

I think it’s safe to say that if there’s anything all of us can agree on with 100% certainty these days, it is that we can not be 100% certain of anything. So it’s entirely possible we may get all of our children/Interns back again the very second a classmate coughs or sneezes. (No one in their right mind wants to be cavalier with the Covid after the bizarre year we’ve had so far. Even the slow-to-come-around are realizing this virus seems to be nothing to trifle with.)

So, after we celebrate “Back to School Season,” it's probably time to start thinking about what a Fall/Winter Unpaid Internship Program might entail.

It’s the Valuable Life Skills for me. So perhaps my young protégées will learn how to gut a pumpkin, make Oyster Dressing, re-string the lights on the pre-lit tree, wrap a tight corner on a Christmas present and other valuable seasonal skills that will render them “essential personnel.”

Someone make me a martini. (Never mind — I just remembered there’s no one here anymore — I’ll make it myself, but I’m adding “shaken, not stirred” to the list of things a decent Quarninternship program should cover...)

Generation-Crossing Music: the Tradition I Share with My Tween
Don’t Helicopter Parent Your Husband
Uncertainty: supporting your children when you don’t know what the future holds
advertisement

Generation-Crossing Music: the Tradition I Share with My Tween
Don’t Helicopter Parent Your Husband
Uncertainty: supporting your children when you don’t know what the future holds