Joy is a Scary Feeling

Published by Mary Katherine Backstrom on May 9, 2018

I met a girl at a conference the other weekend. Funniest girl I’ve ever met. So I tried to be hilarious, too.

And it made me feel tired.

I saw a mom at my son’s preschool yesterday. She packed her kids healthy lunches and they actually freaking ate them. Last night I tried to force-feed my kids carrots and meatloaf, and they cried.

There’s a girl I follow on Instagram. I’ve known her for years, and she’s lost over sixty pounds. She jumps up and down in her bikini without feeling mortified. That’s basically a super power in my mind, because when I sit down in the shower, my stomach rolls all on top of itself, and I feel like the Michelin Tire Man. I want my curvy body to just disappear.

The mean things I say to myself make me feel disgusting.

I have a friend who makes viral videos. I love making videos, but they don’t have as much success. Sometimes I wonder if what I publish is embarrassing and stupid.

That shame makes me want to stop creating.

Unsurprisingly, I go to therapy a lot. Partly, because I’m a hot mess. And partly because I love to talk and it’s really nice to have this person who is basically a paid hostage listen for an entire hour without acting bored.

Usually, my therapist nods his head and says “mhm” or asks me probing questions. But this week, my therapist sat back quietly until the hour was done.

I told him about lunchbox anxiety, and Michelin tire fat rolls, and my stupid, stupid videos. When I was done, he leaned forward and raised an eyebrow.

“You are such a kind person, MK. You seem to really love your friends and believe in what they do. You celebrate their joy.”

I puffed up a little. It’s nice when someone sees goodness in you.

But he continued, “So why are you so hateful to yourself?”

“Oh, hell,” I muttered before folding over in sobs.

He isn’t wrong. I’m my own bully. The things I say to myself are just awful.

I know I'm not alone, here. So many of us don’t allow allow ourselves the benefit of joy.

I recently heard Brene Brown ask a room full of moms what we would be thinking about as our daughter walked out the door with her prom date. What would be on our minds as the two strolled hand in hand, down the sidewalk to his car?

A little creepy, I admit. 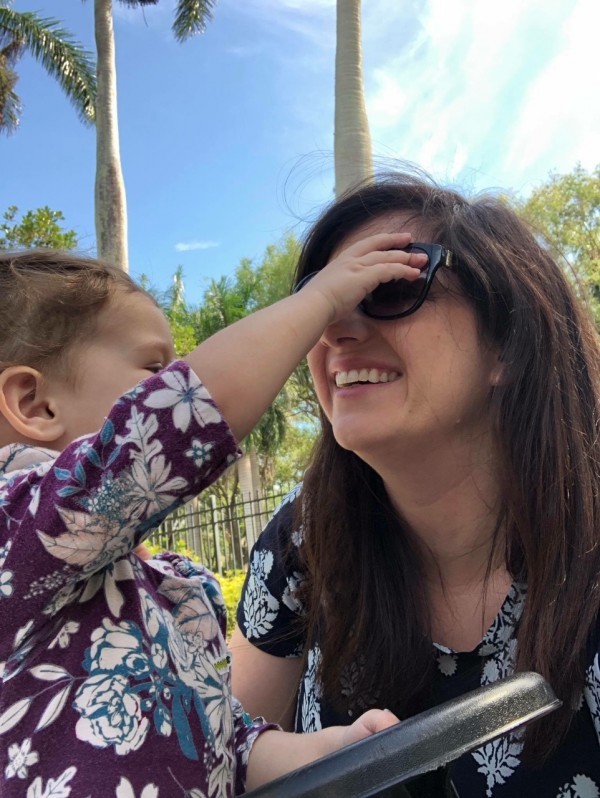 Turns out, joy is a scary feeling. When we find ourselves in a moment so intensely happy and beautiful, the only thing our brain knows how to do is prepare for the crash landing.

What could go wrong? How will this get messed up? What is the worst possible outcome of this wonderful scenario?

We celebrate our friends lives so selflessly because their joy isn’t a risk to us. It isn’t SCARY.

But we talk down to ourselves because OUR joy is downright terrifying.

Well, sometimes things that fly fall down. And that hurts like hell. So, I guess that’s what could happen.

Maybe that’s why, instead of letting ourselves take that risk to be joyful, we say “Nope. You stay put. Right there. Where it’s miserably safe. If you already believe you are a failure, then failure doesn’t hurt, now does it?”

I left therapy this week and I did something pretty badass. I challenge you to do the same.

I made a new friend.

Her name is Mary Katherine, and she’s pretty freaking cool. She has a beautiful smile and an understated wit. Her jokes are awkward, but that is pretty dang endearing. She’s an amazing person, if I must say so.

The Best Way to Spread Holiday Cheer is Singing Out Loud for all to Hear!
The Only Way Through Is Together
The myth of 'mom of the year'
advertisement

The Best Way to Spread Holiday Cheer is Singing Out Loud for all to Hear!
The Only Way Through Is Together
The myth of 'mom of the year'