Just remember: YOU WILL FORGET!

Once, I traveled straight into a blizzard with my baby son, leaving his winter coat behind. But let me back up a bit...

At home, I am The Packer. I enjoy being The Packer. I pride myself on being a highly organized person. Everything has its place in the suitcase, or the diaper bag. Each child has his or her own section, so there is no confusion amongst belongings. Compartments zippered off areas and pockets (oh pockets!) are my very best friend!

So I'm obsessive compulsive. So what. I am The Packer. And while sure, I will complain about being The Packer as my children keep multiplying and the task at hand grows larger, I actually get some weird high out of organizing my crew for whatever the journey ahead might be. 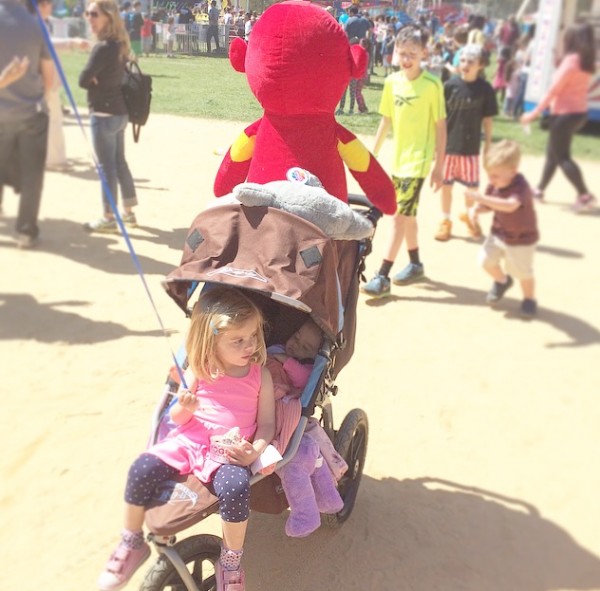 So back to that blizzard, or, the Christmas Blizzard of 2010 as we call it. We were living in California and flying to New York for Carson's New Year's Eve show. We only had Jack back then, and he was almost two years old. I packed for days getting us ready (one kid?? what was I doing!?). I had all sorts of outfits, you know, like his Yankees gear and 'I Heart NY' shirt, I had the diapers and all the different creams and powders, I had his favorite toys and snacks for the plane. I was READY. We caught the last plane out of LA because a storm was expected to hit New York and they were canceling flights left and right. We landed safely. We went to get our jackets. We had our OWN jackets. And our son? Nada. Not even a hoodie. I cried. I questioned my sanity, was I even fit to be a mother? I spent the following day running around an empty NYC, trudging through gigantic snowbanks, trying to find a 2T boys coat (and in some twist of fate in the largest city EVER there were NONE, so I bought him a 2T girls coat).

Cut to later on that very same trip. Carson rings the closing bell on Wall Street (or was it the opening bell? I don't know these things). This is a big deal! I am excited! I dress Jack in a cute, preppy shirt and khakis! I bring the diaper bag, with all the different creams and powders, his favorite toys and snacks! I will redeem myself for the silly winter coat snafu! I am the most organized mother on the planet! And then Jack pees straight through his diaper. It's a total mess of pee. But it's okay! I have extra clothes! I have... a pair of gym shorts because we live in LA and why would we need an extra pair of nice khaki's in the diaper bag? Remember how it's winter and my son is now wearing a girls coat and shorts? 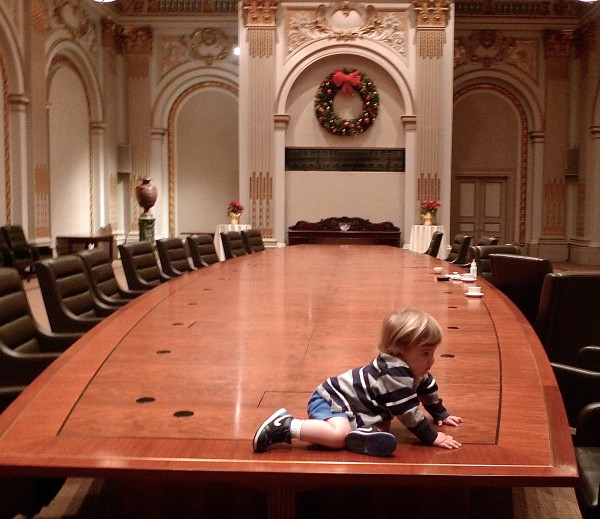 The point here is, you will NEVER be completely prepared. Never. I bet even Martha Stewart forgets the napkin rings when she picnics with Ina Garten. And we "Packers" can beat ourselves up over this, or we can sing with Elsa to the mountaintops, "LET IT GO!!!!!"

As parents, we constantly find ourselves in unfamiliar territory. There's a first time for every specific meltdown, every accident, every emergency. Each time they happen, we learn from them and we think, next time I'll have Motrin and not just Tylenol, next time I'll carry wipes in every single pocket/purse/bag/crevice possible, next time I'll bring the lollipops on the plane (by the way if you're not bribing your kids when you fly, you're doing it wrong). Next time, next time, next time, I won't forget. Only you will forget! Just yesterday my son wanted to take a nap mid-flight and he asked for "his guys" (translation: stuffed animals), and I just laughed and said, "sorry buddy, I'll buy you a teddy bear at the airport."

I've discovered that if I can't laugh at this stuff, I'll lose my mind. No one is perfect. No "on-the-go" scenario with kids will go smoothly. All we can do is try (sometimes obsessively), and vow to do better next time.

It's like when I took my firstborn for his 5-day check-up with nothing but my purse and had to borrow a diaper from the pediatrician (diaper bag? what's that!?)... yes, I had a postpartum moment of despair in which I thought maybe I should go join the circus and let Carson raise our child. But thankfully for Jack (and the people of the circus) I remembered that it's okay to forget.