Lessons from my dad

Lessons From My Dad

Have your parents ever given you really good advice?Have they helped you to be a better parent by telling stories that your kids could relate to?I recently had one of those experiences. My son had lacrosse tryouts, and he is uber focused (Uber – my next rant different context), on perfection.The pressure he puts on himself to be great, is unrealistic and unhealthy.His mind starts wandering to all of the possible scenarios that could take place, instead of focusing on the goal, which is to make the team.I was trying to find a way to explain to him that his attitude will make or break him.I told him to clean out all of the “junk” in his brain and hit “the reset button”, like he does in the video game, Call of Duty (fine, another rant).I was unsuccessful in my method.

The next day I was on the phone with my father when told me a story that put it all into perspective.When he was in high school, he played football in a “working man’s” town in Boston, where the big event each weekend was going to watch the high school football game.The stadium was always packed, because football was the only thing to do.Basically, if you played football, you were “the man”.And if you hung around town, its all people were talking about.

One Friday, his team was playing their rival and it was a tie.It was the end of the game and the running back for the other team had blown by the entire defense on my father’s team. The only thing standing in between winning or losing the game, was my father’s ability to take down the running back (he played safety).This isn’t Hollywood and he wasn’t the hero.The running back blew past my dad who lost the tackle, and his team lost the game.He had let down the entire town, his team and his coach. And the worst part (according to my father), was that the team would be watching film later that week, and going over that play, again and again.His anxiety for film night, and re-living that moment, felt like someone repeatedly stabbing him in the heart.

But on film night, his coach got to the infamous play, paused the film, and said this to my father: “Ed, it’s not what God does, but what you ask of Him that will determine your course in life.You can look at that running back and say please God, send him the other direction and I’ll be there to support whoever else has to make the tackle, or you can say, please God, send him directly to me because I’m going to take him down and win this game”.And then, just like that, the coach moved onto the next play.According to my father, it was the most significant advice that anyone had ever given him in his life.“It’s not what God does, but what we ask of Him”.My interpretation is that you can look at any situation, like this weekend’s tryouts, and think of about 100 reasons why you wont’ make the team.You start going over the odds, you name all of the kids that are better than you or have been playing longer, it’s an early tryout and you’ll be tired, the weather stinks, and the list goes on.Or you can ask God to “Bring it” because you’re going to beast mode this tryout and scare the heck out of every kid there.

As a parent, we constantly look for ways to make life easier for our kids.I think there’s a term for it, where you knock down barriers before your kid ever has to experience them.Maybe it’s a bulldozer parent?I told my son this story before his tryout, and I think it clicked.Instead of asking God for my son to make the team, I will ask God to help my son have the courage to know what to ask for.Did he clear the “junk” and ask God to bring it?Who knows?I’ve said it before and I’ll say it again, this parenting job is no joke. 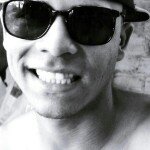 I've hosted several radio shows. Currently I'm a stay at home mom with 2 children ages 12 and 14 and I write a column for the Rancho Santa Fe Review (Rant with Randi). All my articles relate to parenting in this crazy world.