Infinity symbols seem to be all the rage these days, tattoos, jewelry, art. I'm digging the symbol a whole bunch, it's sweet to see the different meanings of it for various folks, things like unending love, relationships, faith.

I'm gunna be real with y'all for a second here though: the only thing I can really count on some days to be unending is the laundry pile. No joke, since summer has hit that thing has grown like a unnatural phenomenon and is taking up some serious real estate in our downstairs bonus room. Yesterday I had a kid over who legit asked if there was a couch hiding underneath. I said yes, the couch at some point was functional as a sitting place. That purpose is no more.

But seriously, let's be real, I've decided that giant laundry piles are just signs of having a really epic summer. I mean, come on, who wants to be stuck indoors folding bath towels when there is life to live in the sunshine?

And while we're on the subject of laundry, I text my cousin the other day to inform her that people who fold their underwear scare me. She said I would always feel safe with her. You underwear folding folks, i try to empathize with others as much as I can and so, I need you to approach me with actual and legit facts about how those precious minutes of folding your underwear are more important than other tasks that you could be using those minutes for, like, for instance, anything else. I just don't understand your kind but I am willing to hear you out.

I've come up with a concept for myself to justify never finishing my laundry pile. Hear me out on this one: Isn't there, like, some kind of animal or insect that has a purpose or task and then as soon as they finish it they die? I tried googling it and could only find that an octopus dies after childbirth. Not totally the direction I'm going here.

Anyway, maybe, just maybe, if I finish the laundry pile my purpose in life will be done and I will just keel over and die. I can't take that chance, people. And that's one of those things you just won't know until you know, and then, well, it's too late. You've gone and died.

So just in the very slight possibility my real purpose in life is to finish the laundry, I'm extending my life at slacking at it. It's a real genius concept I think. And it makes me feel a heck of a lot better when I see that mountainous pile growing towards the ceiling. Self preservation, baby. ✌🏽 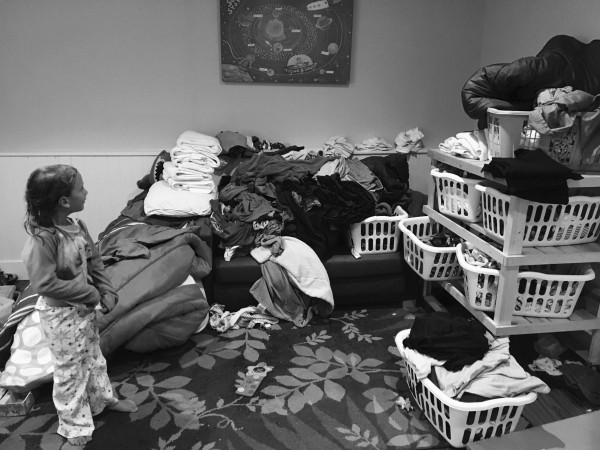 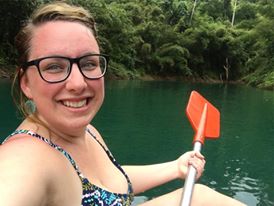 Made a promise to never stop exploring, finding adventures wherever we go. Mama to 2 tiny adventurers+10 years of marriage. Celebrating life with humor and love.

Be Self-Centered: YOU do you.
Messy motherhood
Live in a way that keeps YOUR heart beating
advertisement

Be Self-Centered: YOU do you.
Messy motherhood
Live in a way that keeps YOUR heart beating