Lost and Found - Lessons From A Decade 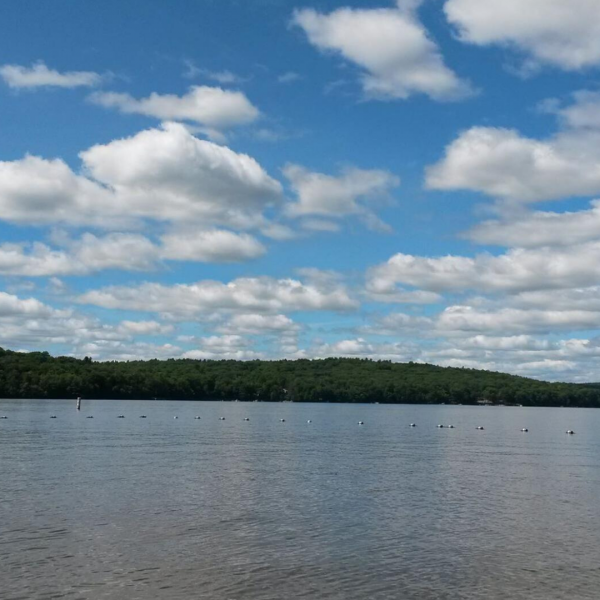 In the last few days (and weeks) we’ve been seeing friends, family and people we follow on social media reflecting on their last decade. So naturally, that got me thinking about mine - and man, what a roller coaster it’s been. It’s definitely been the one that I’ve learned the most from and it’s been the one that I’m happy to move on from.

I started the last decade lost - I may not have known it, but after reflecting on it, lost is the right word. I started the last decade believing I was happy. I was 37. A married, mother of one. I had a good job, an active social life and was going a mile a minute making sure everyone else was being tended to. It was the life I thought I was supposed to be living. The one I was taught to aspire to. The one that was expected of me.

In hindsight, I’ve never been one to go against the grain. I’ve always done what I’ve been told. Never got in trouble or tried anything out of the ordinary. Didn’t quit school to travel the world, or jump from job to job. I kept my head down and flew under the radar mostly. Not making waves, accepting life as it was presented to me. Everything seemed to be exactly as it should be. Status quo. Peaceful. Humming like a fine tuned machine.

By the middle of the last decade, we added another kid to our family, bought a house and continued to add to the chaos. And by chaos, I mean I was experiencing a professional challenge that I was not willing to allow to cross over into my personal life. I was trying extremely hard to keep the two separate. Except that’s impossible, and I learned it the hard way.

When you are being negatively affected in any area of your life, and you’re trying to “handle” it without help, there’s absolutely no way you can do it successfully. You will eventually collapse, break down or burn out (maybe all three and more). I’m living proof of that. My story isn’t any different from millions of other people - toxic work environment, harassment, stress of work and home all piling up to the point of pure exhaustion. What I learned from, and ultimately, how I addressed that time in my life is by far my greatest lesson.

The last half of this decade has been my greatest in personal growth. I made myself a priority, re-evaluated relationships, started a business, and said no to a lot of things I would have said yes to ten years ago. I’ve been scared to the point of quitting following my dreams. I’ve been supported and discounted. I have grown in ways I didn’t know possible. I have exposed my wounds and celebrated my accomplishments. I lost a love that can never be replaced when my father died.

Through it all I found me.

The unapologetic, no bullshit, take it or leave it me.

The me who wants more.

The me who believes anything is possible.

The me who wants to be a good example for my children.

The me who believes there’s more good in the world than bad.

The me that finds joy in giving.

The me who is grateful for every moment of every day - even the not so good ones.

The last decade has been a roller coaster, and I can’t wait to see what the next one has in store!

Krista Rizzo, CPC - Wife, Mama, Author, Transformational Life Coach and Motivational Speaker is passionate about helping women and teens empower themselves to create change. Krista writes about her personal journey in the trenches of juggling a busy family with her business. Calling herself "The World's Okayest Mom" she wants all parents to know we're all in this together and she's created a place to celebrate our diversity without judgement. Krista's first book titled #WhyAmIYelling? Because...Relationships! The 5 Essentials you need to successfully maintain ALL of the relationships in your life (without yelling) is out now and available on her website.

Life Took a Dangerous Turn Before I Got My Best Friend Back
Taking the Power Back Over My Mental Health
Mom guilt and single parenting: the perfect storm
advertisement

Life Took a Dangerous Turn Before I Got My Best Friend Back
Taking the Power Back Over My Mental Health
Mom guilt and single parenting: the perfect storm