Maybe It's Just Me

Published by Erika Petrelli on October 28, 2016

Maybe it’s just me, but sometimes it is quite clear to me that I am the Worst Mom Ever. On these days, I realize with depressing clarity that I am probably a much better parent when I’m not with my children than when I am. Because when I’m not with them, I’m always thinking about them and what I can do to make their life better, happier, more fun, more healthy—that’s the mom part of me that buys the special treat that I know will make my daughter smile or sets out the toys just the way my son likes them or creates a photo album that they will enjoy at some indefinable point in the future.

But then when I’m with them…Do you remember the book Alexander and the Terrible, Horrible, No Good, Very Bad Day? [CE 1] Well, that’s me, only I’m the one giving my children terrible, horrible, no good, very bad days. I’m the one saying “Do this” and “No, don’t do that” and “Hurry up” and “Slow down.” I’m the one who just stops paying attention when one of them launches into the fourth crying fit in fifteen minutes.

This happened once when my daughter was four. She and I were having a standoff over dinner—I wanted her to eat two bites, and she wanted to eat zero bites, but she had gotten candy before dinner, and the deal was she had to eat two bites of dinner, and a deal is a deal after all, and so I wasn’t budging from my two bite stance, and because she was four and she didn’t care about deals or the importance of dinner for that matter she wasn’t budging from her stance, and we were at a total impasse. (and blahblahblahblahblah! Just telling that story I’m like, “Lady! Just open up a bag of pretzels and move on with the evening already!”) ANYWAY. At one point my daughter had run into the other room hysterically crying over what a horrible, mean mother she had. My almost-two-year-old son said to me “Mommy, Marlowe crying.” And I said “I know, honey.” And he studied me for a beat, then meandered into the other room and I heard him say “What’s wrong, Marlowe? What’s wrong, Marlowe?” And then it was quiet, and then I heard her giggle a little, so I peeked my head into the room and saw him patting her gently on the back.

And in that moment I was simultaneously struck with horror and wonder. There is nothing more wonderful than to watch my children develop a bond that requires no prompting or cajoling from the outside—it’s theirs and theirs alone. And there is hardly a thing more horrible than realizing that, at least in that moment, they were bonding over a common enemy. Me. 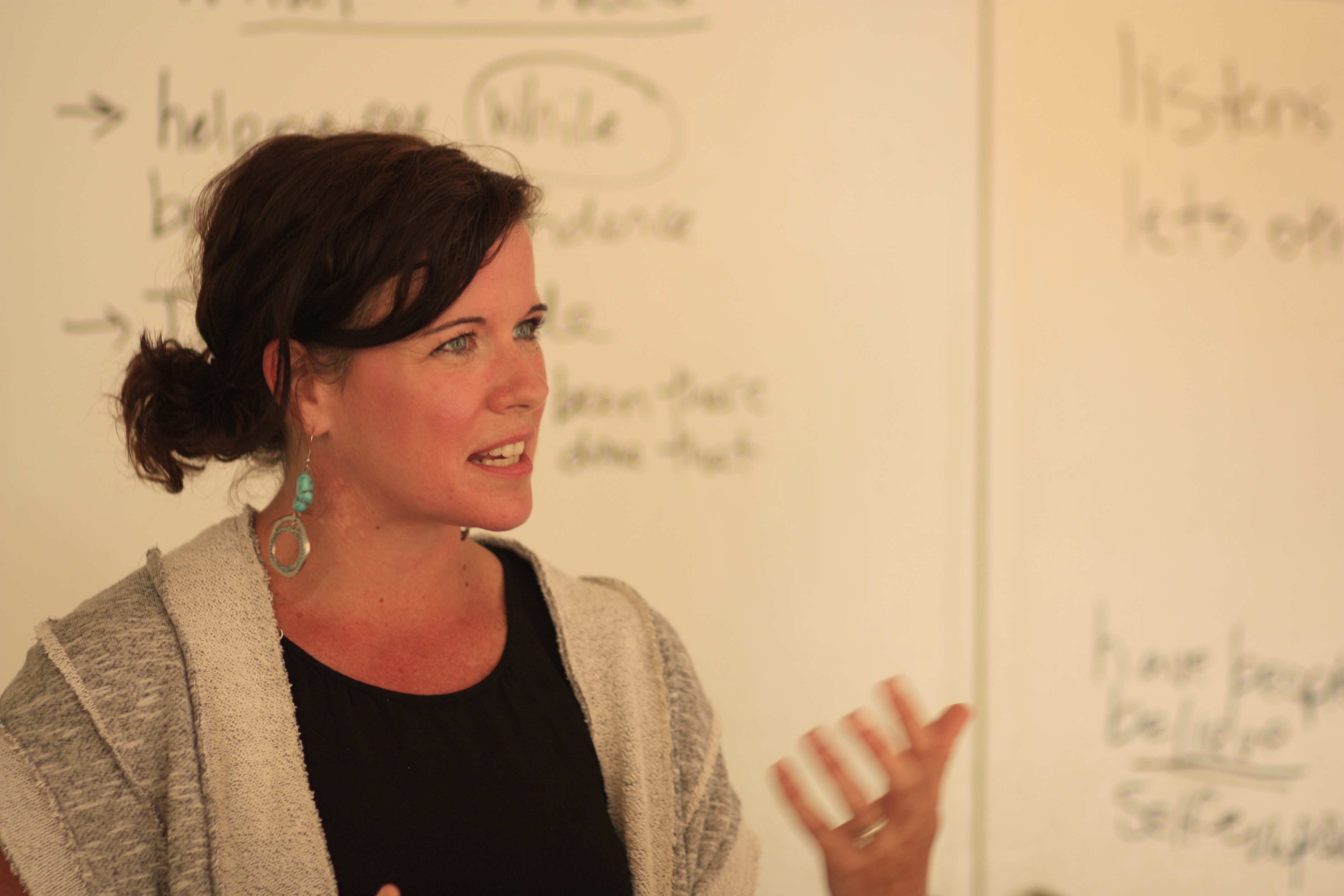 Erika posts weekly blogs about life at www.tlpnyc.com/wings-and-whimsy. She lives in Indiana with her husband and two kids, and works as the Senior Vice President of Leadership Development for a The Leadership Program based out of New York City.

Deep Down I'm Scared I'm a Horrible Mom
My Daughter Is Gluten-Free, Now There's Nothing to Eat!
To All Teachers, Thank You for Saving This Autism Mom
advertisement

Deep Down I'm Scared I'm a Horrible Mom
My Daughter Is Gluten-Free, Now There's Nothing to Eat!
To All Teachers, Thank You for Saving This Autism Mom