Miscarriage, Rainbow Baby, and the Loss of my Uterus.

I've struggled with reproductive issues for most of my adult life. Chronic ovarian cysts and eventually a moderate endometriosis diagnosis. I've dealt with the pain of those diagnoses and invasive medical interventions/surgeries for years. When I met my husband and we decided to start trying for a family, we got pregnant quickly, and then miscarried a few weeks later. I didn't miscarry naturally so it resulted in a traumatic few weeks of hope and devastation that ultimately ended in a D&C. The mental and emotional recovery for me took years before I was ready to try again. I missed family and friends baby showers, enjoying my neices and nephews, and couldn't even look at a pregnant woman or walk through Target without getting emotional. When my sister announced her pregnancy to the family I was devastated and cried for days. When that finally happened we had a full work up from a reproductive endocrinologist to make sure we were in a good place to try again. We had all the testing done and I had to undergo Lupron treatment for 9 months to suppress my endometriosis before trying again. Once we we were ready our RE had a solid plan of getting pregnant quickly to avoid the endo blocking my tubes. We started with clomid and trigger shots, and we got pregnant on the second try! The pregnancy was going well until about 10 weeks when I woke up to a bed covered in blood, and blood dripping down the hallway to the bathroom. I was convinced I lost the pregnancy and when I arrived the the OBGYN the ultrasound miraculously showed a heartbeat. They diagnosed me with a subchorionic hematoma (blood pooling between the uterus and placenta) and told me I had a 50/50 chance of loosing the pregnancy. I was devastated, and so anxious.....this couldn't be happening again. I bled until 17 weeks and every ultrasound showed a strong heartbeat. At my 20 week ultrasound the hematoma's were not showing up, which was good news. The pregnancy progressed normally from there. I delivered my daughter 2 weeks early, but she was almost 10 lbs and 21 inches long. She was ready. I had a normal vaginal birth with some delay in delivering the placenta and some excessive bleeding that they were able to stop with medication and not needing a transfusion. From there.....things got very complicated.

I never stopped bleeding after her birth. At every appointment and even calling sometimes in between I would bring it up to the doctors and midwives and they all said it was normal and related to the birth control I started at 7 weeks post partum. Well....all was not normal. At 12 weeks post partum after I dropped my daughter off at daycare I had a big hemorrhage and ended up in the ER. I had a retained placenta and needed emergency surgery. In that surgery the were not able to remove all the tissue because it was calcified and grown into my uterine wall. They said it was a missed diagnosis of a placenta accreta. This required a second more invasive surgery with my RE 3 weeks later to surgically remove the tissue. Both surgeries had the risk of massive uncontrollable bleeding and potentially ending in a hysterectomy. All of this while my newborn baby is at home without me, and when I was at home with her I was in constant fear of bleeding to death. I was terrified to be alone with her for that reason. I was diagnosed with post partum anxiety and depression and continued to bleed without an explanation from the doctor.

I've been told that had the accreta been diagnosed in pregnancy I would have had a scheduled c-section at 34-36 weeks with a hysterectomy the day she was born, so she would have been a preemie. I've also been told that I am very lucky to have lived through her vaginal delivery as missed accretas and uncontrollable hemorrhaging is one of the leading causes of maternal death in the US. I was told by multiple doctors that a future pregnancy would be life threatening for me and end in a premature delivery via c-section for the baby.

I'm now 9 months post partum, and almost to the day that she was delivered (38 weeks and 3 days), on her in and out day, I had a total hysterectomy. After all the surgeries and hormonal treatments, my uterus could not heal from this trauma. I am 3 weeks post surgery and still very much in recovery. The scars are still fresh literally and metaphorically. While the stress of knowing that I may not be around to see her grow up is gone, I now worry that I will never be able to give her a sibling. It was never the plan for her to be an only child. I get emotional when I see her playing with older cousins or kids at daycare because she is so happy and I will never be able to give her that at home with us.

I was able to keep my ovaries so the possibly of going through IVF and using a surrogate is there, but the cost is substantial and the emotional toll of the surrogacy process is not something I am sure I could endure. We meet with the RE in a few months to discuss going through IVF and having embryos created and frozen now (because we nearing the age where they may not be viable if we don't do it now) so we have the option later if the right situation arises.

The range of emotion of the last 5 years of struggles with infertility and now permanent infertility is indescribable. There is a sense of relief that I am now healthy and will see my baby girl grow up. There's relief that I will not have to endure any more unknowns, invasive medical exams or procedures. Yet, there is a profound sense of loss for the "what could have been", and for the fact that my little girl may grow up alone. Yes she will create her own family and make friends that will be family, but when we are gone, she will be alone and left to mourn that loss on her own. These thoughts devastate me and at times I struggle to move past it. This whole process has made me become more aware and appreciative of every single moment I have with her and my family. 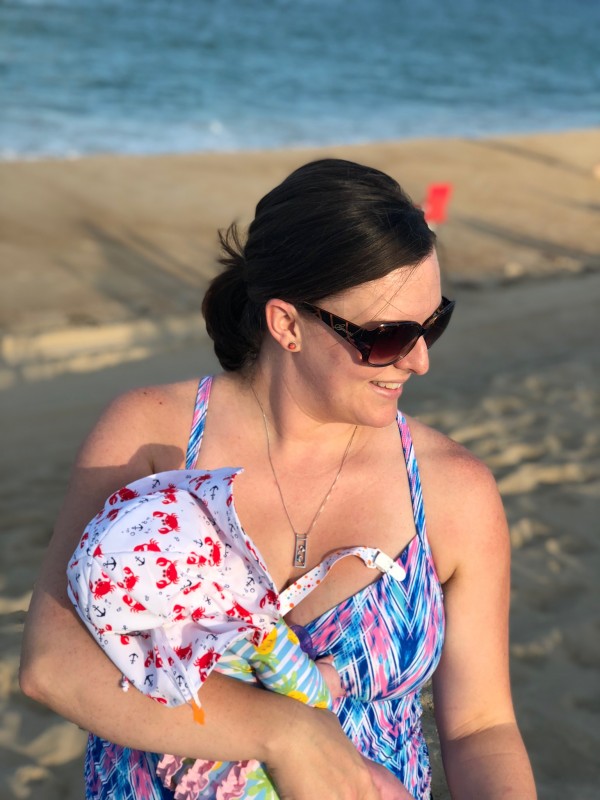 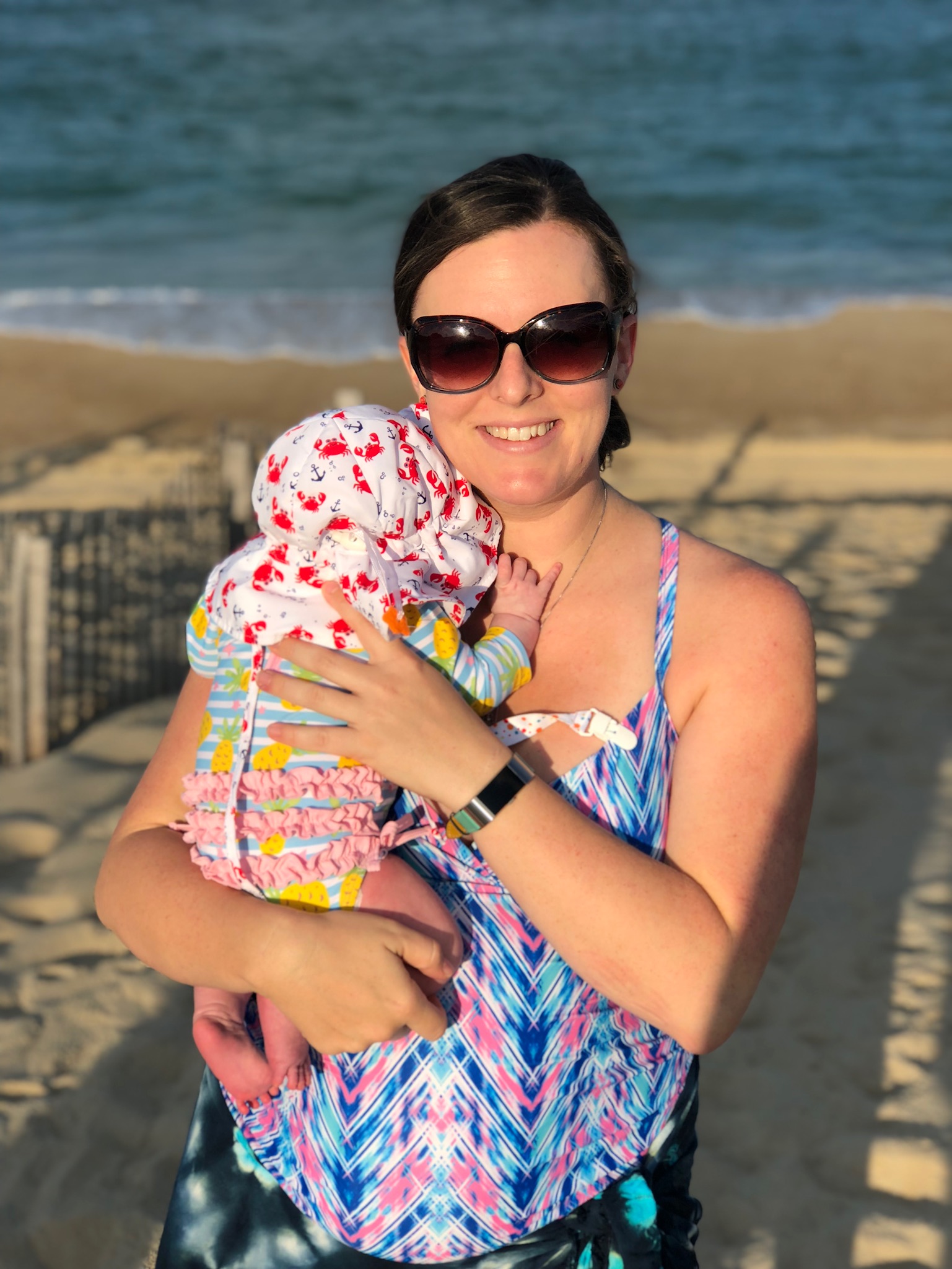