Without a doubt, I wouldn’t be the person who I am today without my mom. Her unconditional love, faithfulness, honesty and humor helped mold me into the person who I have become. She was the best role model and friend any daughter could ever ask for.

One of the reasons I believe we are so close is because we started our journey as mother and daughter all alone. My father was in Vietnam when I was born and didn’t see me until 2 weeks later, but then only briefly before returning to war. For the next year, my mom and I had unabated bonding time. She was my world.

When I was born, my mom was only 22 years old. Although she was young, she wasn’t an idealist. As a registered nurse, she was pragmatic and clinical. Trust me, when it was time to learn about the birds and the bees, she was very scientific and matter of fact. Because she spent many years working in emergency medicine, my brother and I were given descriptive details about everyway you can hurt yourself while either riding a bike, driving a car, taking drugs, you name it. She was “just say no”, years before Nancy Reagan’s popular campaign. But her approach did keep us safe. I know my brother and I both thought twice before doing something that might put us in danger.

My mom was also very kind. I’m not sure where this Northeastern girl got it from, but she had a bit of southern charm in her. “You get more flies with honey than you do with vinegar,” she would say when I was an adolescent. At first, I didn’t get what she was talking about. I was too focused on the actual flies contaminating an open jar of Suebee. But I soon learned there’s a lot of wisdom in that phrase. Here’s her point: Nice people get what they want more often than nasty people. It’s a tip I’ve found myself repeating to my girls as well.

Another piece of advice my mom gave me was to be independent. “Don’t depend on a man,” she would tell me. Not that she didn’t want me to find love and get married, but she wanted me to be educated and prepared just like she was in case I too had a husband whose job often took him away from home. She always demonstrated to us loyalty and a strong work ethic, something I have internalized and believe has helped me find success in my career.

Thank you mom, for all that you are and have done for me, whether you realized it or not. You’re amazing! Happy Mother’s Day. 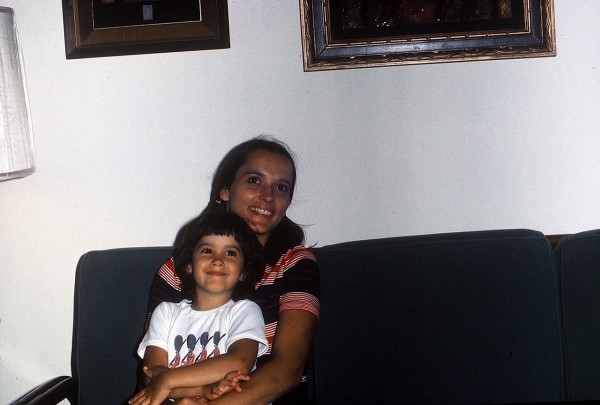 I'm the morning news anchor at NBC6 South Florida. I've been married for nearly 24 years & am the proud mama of 3 girls 17, 15, & 10. Like most working moms, I don't get enough sleep, and suffer from "mommy guilt". But I try to Make Every Day Count.

I never liked my mom's obituary, but I'll keep telling her real story
How Having Children Saved Me from Addiction
Trust Yourself and RELAX!
advertisement

I never liked my mom's obituary, but I'll keep telling her real story
How Having Children Saved Me from Addiction
Trust Yourself and RELAX!