My teen didn't make the team, now what?

Published by Amy Schmidt on December 8, 2019 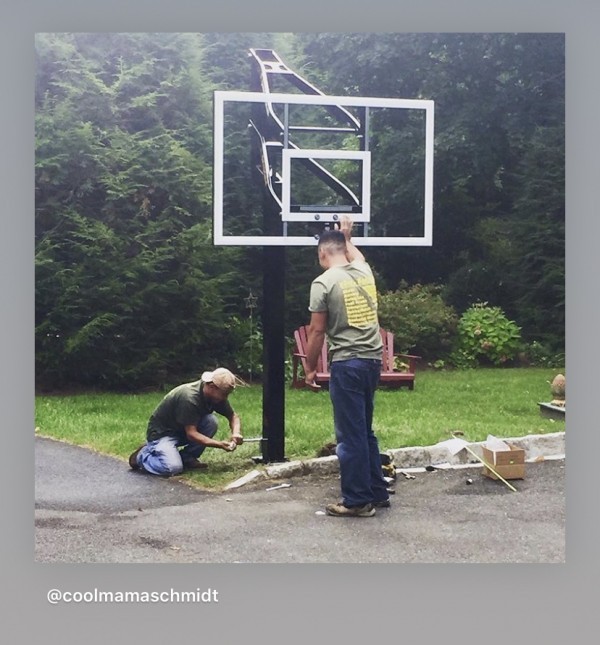 I was just finishing up making dinner and waiting for my husband to pull in the driveway after picking up our oldest, as she decided to take the train from the city, to come home for dinner before they headed north to Boston.

My youngest, a high school sophomore, had come home about an hour earlier from the second day of basketball tryouts, and I hadn’t even seen him yet as he was out in the driveway, in his natural habitat, shooting baskets. I looked out the kitchen window, and could see his school bag, and his sports bag on the edge of the driveway, atop the snow, and there he was, all 6 feet, 150 pounds of him. I then glanced back out a few minutes later, and there was our 8 year old neighbor and his sister out taking shots. Dribble. dribble. shoot. My son was taking turns lifting each one up so they could touch the rim, score, and do the celebration run and fist bumps down the driveway.

I love watching them out the window.

The basketball hoop was installed the day we moved in our house, right along with unpacking boxes.

The basketball hoop is my boys alter.

Most conversations, arguments, and anything else that my boys talk about, take place with the basketball hoop as a backdrop. The hoop has an adjustable height so on any given day, someone changes the height to practice the ultimate dunk. Everyone knew where the lever was to lower or higher the hoop. All hours of the day and night there was someone practicing, dribble..dribble…shoot… We installed a special spot light so even on the coldest, darkest nights, the hoop was ready.

I still can hear the bickering back and forth about who touched the rim or who scored more points.

There have been many a game of family 3 on 3 take place, and I can’t tell you how many games of ‘pig’, I’ve had on that hoop, and usually taking the ‘W’ with my ‘ever so famous’ backwards, over the head move…that was ‘pure luck, and no talent’.

I didn’t pick my son up after day two of tryouts, as my husband got home from a business trip early, and couldn’t wait to surprise him with a ride home. They can talk the talk, because they both have walked the walk. I do my best, as a mom, with limited basketball experience, but do listen to the ESPN top plays most mornings, to be current, which sometimes works, and sometimes doesn’t, as I get the name, player or sport wrong.

I had just gotten the two minute download from my husband, about the details of the tryout, so I had the scoop on what I should expect when he comes in the door with frozen hands and cold feet….

My husband told me, that he thought it went great. Day two, was a 9 out of 10. Day 1, was only a 7 out of 10, so I proceeded to make the usual post practice snack…. Peanut butter toast and chocolate milk.

This same kid who came in smiling ear to ear just an hour earlier, got the text. “Mom, I didn’t make it. I got cut.” He said.

Holding back tears as I continue to get dinner ready, I could see it in his face.

We all know that look.

Here’s this 6’0” kid standing in front of me, and all I can do is picture him as a toddler with his little tykes hoop, and then fast forward to him practicing free throws with the hand drawn free throw line chalked on the driveway, and then sitting on the bleachers cheering him on at every game. All I wanted to do was to take the pain away.

He did his best at those tryouts.

He’d done camps in the summer.

How could he get cut?

I replay all those moments yelling out the window to him to come in for dinner, and his response is, “just a minute mom, I have to keep practicing”. As a parent, you do your best to create a silver lining in these moments…. You know the ones, where you try and make a ‘life lesson’ out of it. But life lessons at 15, aren’t processed the way we do as adults. We have the life experiences to back it up….but they aren’t there yet.

I quickly texted my daughter who was minutes away from pulling in with my husband for dinner. She knew he was in the midst of tryouts.

I heard him make his way upstairs, but hadn’t heart anything for a few minutes, so I went upstairs knocked, and opened the door. He was sitting on the edge of his bed, his hands over his eyes.

You’ve been there, right?

The moments when you just don’t have the right words, and just hug him. In that moment, you know, his life has taken a pivot and shifted. Most of his friends made the team, and he won’t be part of the after school study group, or the practices and games. He’s wondering if it will be the same hanging out with the boys? Will they forget about him?

What happens when all of sudden you’re forced to change course? The passion and hard work over the years, ends up with disappointment, and at that moment in time you just want to protect their heart, and not see them hurting. But, as we know, things happen that let us down, and this won’t be the last time.

I was a college athlete, but not basketball. I was a competitive swimmer. It was all I knew from winning the cutest swimsuit ribbon at age 6, to making the national team in my teens, to swimming in college. My husband was the football, basketball guy. And he was the guy that was top of his game. Played two sports in college, and never got cut from a team. We were both very fortunate to go through our athletic careers without the words, “NO, you didn’t make it.”

The thoughts fly into your head at lightening speed.

Are they just picking the kids they know?

Maybe I should reach out to the coach.

Whoa….slow down. What good will that do?

This is precisely why sports add so much value. They are an incredible way to learn about teamwork and leadership, grit and hard work. And also it comes with wins and losses, and some of the greatest lessons happen when you get to deal with rejection, and not making the team.

It’s so easy to be upset and angry, and think about the investment you’ve made personally and financially to support your kid through this whole sports journey. As much as we want to take away the pain, and it’s tempting, the best thing we can do is let them process it on their own.

When I saw my son sitting on the edge of his bed, it broke my heart. I wanted to have the right words to say, and they just weren’t there.

And that’s okay. I think at that moment in time he just needed a hug.

It’s so easy to think of an easy solution to fill in the silence. “Hey, I hear track is awesome. Why don’t you try that?” And to be honest, that’s the last thing they want to hear.

All in all…even though I think he’s a good basketball player, the coach who knows more than me about the sport, doesn’t think he’s ready. He isn’t playing year round to improve his skills, and we made that choice together. We made the decision as a family, and don’t think it’s a bad thing, or the wrong choice.

Over their lifetime, our kids are going to hear a lot of no’s. But you know what, they will remember this time, this blip on their radar, and realize how sweet it is in life, and how good it feels to get a yes.

A friend recently told me, “he may be disappointed that he won’t be winning on the court, but he sure is winning in the game of life.” Keep that one in your back pocket so you can pull it out when you need it. And like my daughter always says, “Minor setback. Major comeback”.

And you know what? A day after the news that he didn’t make the team, he had a group of friends over and where did they spend most of their time? At the altar. Dribble…dribble…shoot! 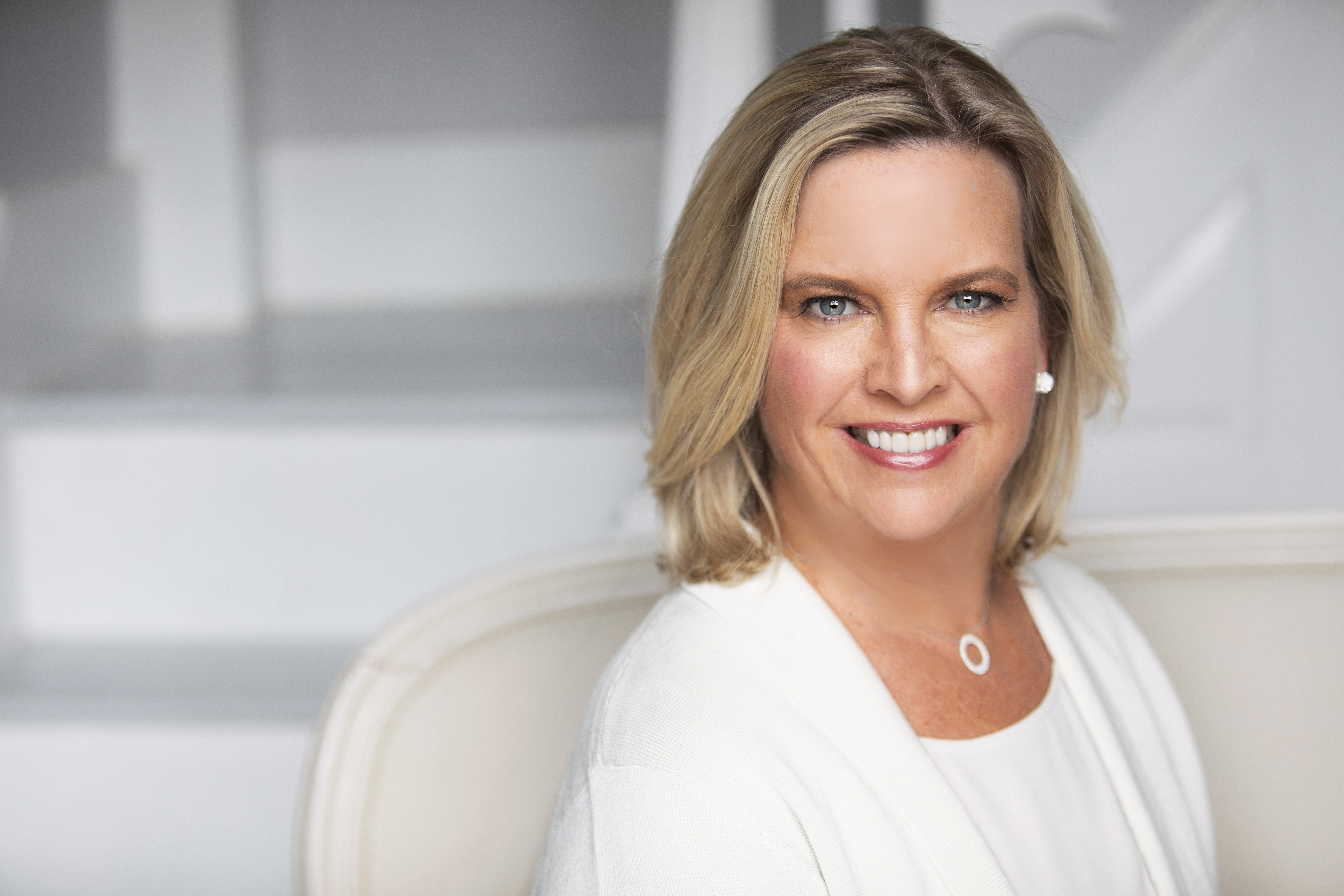 Amy Schmidt is a writer and podcaster that challenges women at midlife and beyond to take on the challenges of this phase of life with confidence. She empowers and encourages women everyday reinforcing her motto of, "We haven't peaked yet, we are just getting started." For more listen to her podcast Fearlessly Facing Fifty on Apple, Spotify, or anywhere you listen to podcasts. You can visit her website at: www.fearlesslyfacingfifty.com Amy can be found on instagram @fearlessly.facing.fifty and has a FB community called Fearlessly Facing Fifty J.Lo tells Ellen how quarantine might change her wedding plans with A-Rod