My Many Mommy Fails

All mommies make mistakes, and aside from my life-fail with hubby's car this weekend (and forgetting my bra, again...) I have also had my share of mommy-fails and I seem to be having more than usual lately!

Instead of waking my 3 year old to go to big sister's ballet class like I do most Wednesdays, I gently took her from her bed directly to the car thinking it would be an easier transition—wrong! She screamed, flailed and I had to force her into her car seat. It wasn’t until we got to the dance studio that she informed me I forgot her shoes. MOMMY-FAIL!

Shopping at Target with a mommy friend, I was nursing the baby in my sling. When he finished I sat him up but didn’t readjust him in the sling. He reached for something and fell right out, luckily I grabbed him by the foot and pliéd to catch him on my legs before he crashed to the floor. MOMMY-FAIL (but good save!)

My boss asked me at the last minute if I could sub for her at another dance studio and I said sure. I arranged to have my aunt watch the kids and then realized it was my daughter's gymnastics day (we had just changed—minor Mommy-fail). I switched cars with my aunt so she could do the gymnastics run and I got to the studio 40 minutes away and realized the studio key was on my car keys. MOMMY-FAIL! (Luckily one of the students had a key as well!) 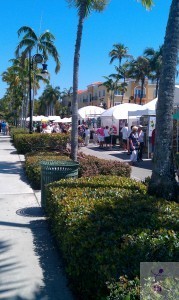 The last time we went to Disney before the baby was born, I forgot to bring underwear for my 3 year old. I also forgot to bring pants for myself (I wore a dress in the car). MOMMY-FAIL!

At the baby's one-month well-check, I realized after weighing him I only had 1 diaper in the diaper bag. I changed him into the clean one and he immediately made a huge poo. Because I didn’t have another one, the doctor had to check him over in a nasty poo diaper (yes doctor, this is my third baby…) MOMMY-FAIL! 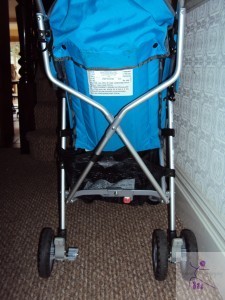 While racing for the train on St. Patrick's Day right after moving to Dublin, I stepped on the wheels of the buggy and broke a wheel off. And we almost missed the train. MOMMY-FAIL!

Our last few months in Dublin we decided to take a trip to visit a friend in London and borrowed a friend's buggy. The day we were set to return it, we missed the bus so my poor little 3 year old had to walk 2 miles to the train station. MOMMY-FAIL!

I let the girls run around the fountain at Disney and get soaking wet only to get back to the car and realize the bag of extra clothes I had packed was left behind at the hotel. MOMMY-FAIL!

The first two times we took our toddle out in Dublin, she peed through her clothes and I didn't bring extras so had to buy something. Twice! MOMMY-FAIL!

The was originally published on Beyond Mommying.

The Road Trip From H-E-Double-Hockey Sticks
Toddler Toilet Time- The Stuff No One Tells You (But They Should, So I Got You)
Becoming a Parent is Not the End of Your Life
advertisement

The Road Trip From H-E-Double-Hockey Sticks
Toddler Toilet Time- The Stuff No One Tells You (But They Should, So I Got You)
Becoming a Parent is Not the End of Your Life