Not in the plans.

Published by Shannon Clochie on March 3, 2015 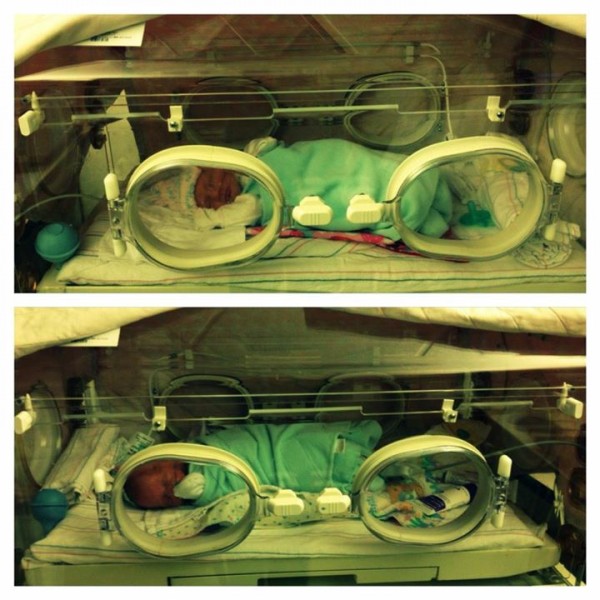 ​I wish I would've known that things do not always work out at as planned. My girls called the NICU home before they called our house home, for nearly one month. Not seeing or holding my babies when they were born was not in the plans... and then learning how to comfortably hold my little ones with tubes and wires was definitely not in the plans, seeking comfort in the sound of the machines that monitored my girls was not in the plans... going home without my new babies was not in the plans... and the list goes on. What also wasn't in the plans was how blessed we felt that they were in the care of such amazing nurses and that they were exactly where they needed to be. When we finally brought them home, I remember not sleeping (this is a given), not only because I was always feeding/changing a baby but because I didn't have the comfort of the monitors to tell me they were ok. It was just me and my hubby. We were in charge and it took me a while to finally shut my eyes and trust that they were ok. Planning for my two little girls was the most exciting part of my pregnancy and I was on cloud 9 waiting for their arrival. As their mom, as the one growing them, carrying them for nine months I felt lost that their homecoming plans fell through and it was out of my hands, out of my control. My advice… everything happens for a reason, don’t rely on your plans - they may change and you will adapt and you will be grateful in more ways than you could ever imagine. I promise!

In 2013 I became a mom to my twin girls. It's been exhausting, challenging, and the most amazing experience. I fell in love with motherhood quickly and began blogging. Being a mom is still surreal at times and I wouldn't change a thing about it.

NICU: Our Premature Twin Girls
Having two in the NICU
The 3 Hardest Days in the NICU with our 2 Little Girls - Praying for that 1 day we come home :)
advertisement

NICU: Our Premature Twin Girls
Having two in the NICU
The 3 Hardest Days in the NICU with our 2 Little Girls - Praying for that 1 day we come home :)