Of All Our Marriages, This One's My Favorite 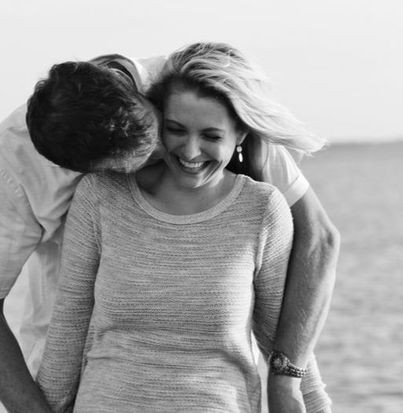 I recently heard a well-known relationship expert who has been married over 30 years say that the "secret" to her enduring marriage isn't so much a particular set of habits or actions, but more a willingness on both their parts to allow the relationship to continually evolve. She said "I've had many different marriages, all with the same man."

While I won't pretend to have her expertise or experience--my husband and I have been together 11 years & married 8--I already get exactly what she's saying. Even after roughly a decade together, I can see how a marriage has different "incarnations".

One of my hesitations about marriage, and probably one of the reasons I waited until my 30's to marry, was that I had trouble picturing that two separate people--each with their own dreams & goals--would be able to change together, at the same rate and in the same ways. What I've come to see in my own relationship is that a marriage can survive your individual changes, as long as you allow it room to; as long as you're not trying to hang onto & force what it once was.

Even after less than a decade of marriage I can tell you that, if we tried to force our relationship today to look like it did in the beginning, we would be continually frustrated and probably wouldn't feel successful--it was a completely different dynamic with completely different circumstances.

Our original marriage looked like quiet dinners out with distraction-free conversation; weekend nights out with friends until 1am and sex whenever we darn well pleased. It was the freedom and space and time to put each other first. Looking back, it was a walk on the beach--but with that comes a less-than-sturdy foundation of soft sand. The strength of that marriage was based not on what we'd survived, but on our hopes and dreams for the future. In a sense, it was a marriage that was both easy and uneasy at the same time.

The day we became parents that incarnation of our marriage died. It was immediately clear when our son was laid on my chest that we were no longer the most important person in each other's lives. In an instant we both viewed not just our marriage--but life itself--through a completely new set of lenses, and I think the key to us making it through that period was that neither of us tried to hang onto an old pair.

This new marriage was a little more like trudging through the mud than a walk on the beach, as we had to adjust to completely foreign territory. It was sleepless, sexless nights and arguments like we'd never had because no cause had ever mattered so much. But this marriage was also fortified by a deep, shared love--the kind that comes from looking into a set of eyes that look a little like yours and a little like mine.

Without saying it out loud, I think at some point we both chose to let go of trying to get back to that place we'd been--that walk on the beach--and chose instead to trudge through the mud together, with the hope that we'd eventually make our way to more solid ground. And we did, but what I think makes the marriage we have now work is that we've both let go of the illusion of "happily ever after" and have accepted that our walk together will be through all kinds of terrain--bumpy, smooth, and everything in between. The marriage we have today is not so much a result of us "growing together", but a result of me pulling him through the swamp sometimes, him pulling me other times...but neither one of us wanting to leave the other behind.

This marriage might appear less glamourous, but its foundation is so much more solid, as it's no longer built on what's to come, but on what we've seen each other through. It's planning for a romantic night and then both of us falling asleep way too early because we so desperately need it. It's 70% of our conversations being about the logistics of keeping all the balls of life in the air, but 30% being more meaningful than 80% of the conversations we had in the beginning ever were. It's less frequent sex (but way better). It's trading out knock-down-drag-out fights for compromise, not because one of us is folding for the other, but because we realize at this point it's simply far more effective to look each other dead in the eye and say "look, this matters to me so deeply because I love you so much, so we've gotta just figure this out".

Lord knows there's been a loss of that mystery that makes a partner attractive, but it's made up for by the appeal that comes from knowing so intimately what the other likes, by little gestures of kindness for one another, and by watching the other be such a great parent.

It's a marriage where the things we used to find attractive have evolved just as the things we need to feel attracted have, too. I find it appealing when he brings my favorite magazine or chocolate bar home from the store and cooks dinner so I can write; or when he picks our son up from school to take at least one thing off my really full plate. I hear him talk about his thinning hair and disappearing abs, but those kinds of things are simply not on my sexual radar anymore. Instead I find myself attracted to different things, like the little indent in his finger where his ring sits; his strong, worn hands that work so hard for us and the way he looks in those flimsy new reading glasses he finally had to buy to read the paper.

Honestly, I find watching him age not a turn-off, but an honor.

It's safe to say the marriage we first had is almost completely unrecognizable today, and I wouldn't have it back if I could. Of all the incarnations our marriage has had so far, I've gotta say, this one's my favorite. Is there a greater one to come? I don’t know. What I do know, though, is that I find myself looking forward to more new marriages in the future...all with the same man. 🖤 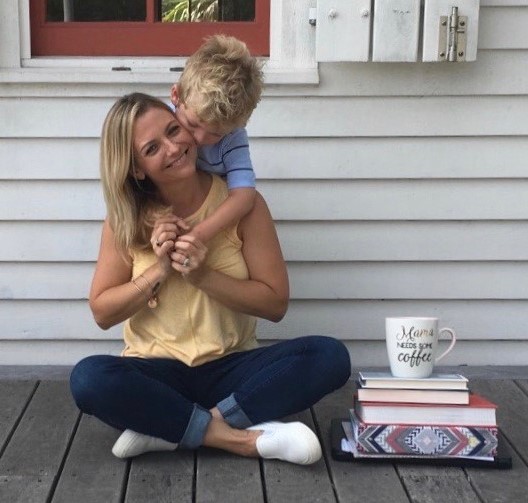 I'm a wife, mom, teacher, writer, and truth-teller that loves connecting with other women through my teacher-mom blog, where I write and share laughs about teaching, motherhood, and life in general.