Our Kids Need To Know That Words Are Powerful

Choose kind words. Lead, don’t follow. If you see someone being picked on, say something. Make us proud with your actions. Don’t say something behind someone’s back that you wouldn’t say to their face. People are different. Our differences are what make us awesome. We say these things in our house often. We are not however, naïve enough to think that our words are always being absorbed. After all I have told my kids approximately 3,786 times that toothpaste only belongs in their mouths or the sink and I can tell you that 3,656 times it has not ended up that way. I don’t stop telling them though because kids need to hear things. They need to hear them often in order for them to eventually take hold in their brains. You have to plant the seed, but you still need to water the plant in order for it to grow.

Bully. It’s a word thrown around in schools and said by parents and kids often these days. Some people will argue that it is unnecessary to discuss bullying issues so much, but stories on the news beg to differ. This week a young girl in a neighboring town reportedly took her own life due to constant bullying. She was twelve years old. Let that sink in for a minute. It’s awful. I can’t even begin to wrap my head around the grief and devastation her parents are dealing with right now. Sadly I’m fairly certain that her story here in New Jersey is echoed across the country for other devastated families who experienced something all too similar.

I’ve been trying to figure out why kids as young as ten and twelve have such anger and aggression towards their peers. I don’t have an answer. People often blame the parents of the bully and while yes in a lot of cases apples do in fact come from apple trees, I don’t think that is always the case. I’m going to be 41. I have the gift of perspective at this point about what a small blip of time middle school and high school really are in the story of our lives. I also know though that those years play a vital part in shaping who we become as adults.

When I was a kid our middle school started in seventh grade. That meant that all the elementary school kids I had spent all those years with were suddenly thrown into a big pool of kids from all the other elementary schools. Taking a bunch of kids out of their comfort zone when they are chock in the middle of puberty can be tricky. Suddenly the friends who you were comfortable being yourself around are running with a different group. It’s a confusing time. Our school sent us all on a camping trip in the beginning of the year. We stayed in cabins and worked on team building. My guess is if you were able to look in from the outside, the kids on that trip would have looked like a bunch of lost sheep desperately trying to figure out which herd they belonged to. It was a new world for us and none of us had a clue as to what we were doing. I definitely didn’t have a clue. I had just gotten braces. All the other girls seemed to be developing at a much faster rate than I did and I was uncomfortable in my own skin. Back then we tried to mask our insecurities with hairspray and blue mascara. One look at my hair and it was obvious just how much I was trying to mask.

At some point during that trip I decided to start a rumor about one of the girls I had gone with to elementary school. When she found out it was me she confronted me head on. She asked me why I would do that to her and there I stood with no answer. The honest answer was that my actions had nothing to do with her. They had everything to do with me. I took my insecurities and tried to bring her down with me. I apologized and I meant it. She forgave me and we moved on, but I never forgot that feeling I had when she looked me in the face with sadness and disappointment because of my actions. I never wanted to feel that low again. I was the mean girl and I hated myself. My parents had taught me better than that. My parents were never anything but kind to everyone they ever met and I knew that I was not being the person they expected me to be.

I dealt with my own fair share of mean girls in High School but I eventually learned that you are in fact able to choose your friends and when you find them you hold on tight. I didn’t need people in my life that made me feel bad about myself. I think it’s important to teach our kids about not being bullies, but it is equally as important to teach them that they are not defined by someone else’s opinions. They will find their people. It may take longer than they want it to, but they are out there. Of course this is easier to say as an adult than it is as a struggling preteen or teenager.

At the risk of sounding like my grandmother I can honestly say that preteens and teenagers are ill-equipped to deal with social media. They are not ready to be armed with such a weapon. Kids can’t get behind the wheel of a car before the age of sixteen or seventeen in most states, they can’t vote until 18, and they legally cannot drink until 21 yet here they are roaming the Internet when they are just not prepared yet in how to do it. Most adults, sadly not all adults, know that once you throw your words out on the internet they are there forever. If you regret something you write, and you delete it, chances are someone already took a screen shot of that regrettable statement. It’s like that toothpaste. Once you squeeze the tube you cannot shove the toothpaste back in. It’s out there.

As a writer I have seen the worst of the worst when it comes to internet trolls. There is something about being able to hide behind a keyboard that brings people to an all new level of low. When I first started writing for larger outlets I was not prepared to deal with the cruelty and judgment that was thrown my way over what I thought were simple articles about my love for my children. Oh and don’t even try to make a joke because people get all butt hurt and take everything way too seriously. There were many times I thought about stopping, but I knew that only meant evil wins. I could write an entire article about puppies and someone would have something awful to say about me. Words are bigger than we realize. Words can move people. Words make us laugh. Words make us cry. Words motivate us. Words separate us from all the other species. We choose how we use them and when we knowingly use them to hurt someone we have altered them. We have essentially turned them into a weapon. The thing our kids need to realize is that being the bully feels awful. I still remember how bad I felt for making someone else that sad. I can’t even imagine how a kid would feel when they realize that they are the reason a peer took their own life. That is unthinkable, but it’s happening.

“In a world where you can be anything, be kind.” 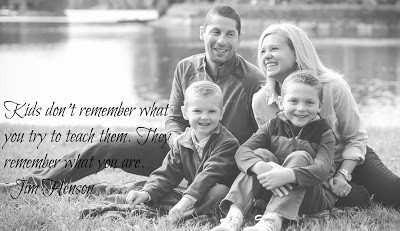 The phrase I say to my kids every single day they leave me
Getting Called Fat Hurt Me, But Didn't Break Me
How One Mom’s Greedy Kids Teach Her the Magic of Generosity at Christmas…
advertisement

The phrase I say to my kids every single day they leave me
Getting Called Fat Hurt Me, But Didn't Break Me
How One Mom’s Greedy Kids Teach Her the Magic of Generosity at Christmas…