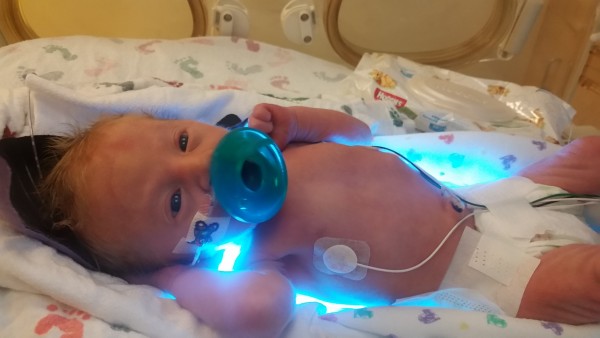 Our NICU stay came with our second born and rainbow baby. His older brother was born at 17 weeks and was too early even for the most tenacious nurses and doctors to keep him from moving on to heaven. Our little NICU baby attempted multiple times to be born early. We had our first hospital stay at 23 weeks, met with the NICU staff at University Hospital in Aurora Colorado and prepared to have the fight of our lives. Luckily labor stopped and he continued to grow as he was supposed to. He again attempted to be born at 28 weeks, 32 and my water broke at 33. He was born at 34 weeks after a week of antibiotics and steroid shots. Our little boy was 5 lbs 1 oz at birth and lost 11 ounces the first week in the NICU. He was on IV fluids that had to be put through a vein in his head because he lost both IVs in his hands. He was jaundiced and required to be under the billy lights during that first week. He had a feeding tube and was put on oxygen at 10 days. A baby born too early doesn't know how to eat, so we had to keep attempting to feed him an ounce of food at a time until he could figure out to suck, swallow and breath all correctly. I spent mornings with my little man and came back at dinner with my husband. We would spend the evening reading Harry Potter to him, holding him and rejoicing in every ounce he gained, every inch he grew and each tube or wire that was removed.

We know that we were blessed with our son making it to 34 weeks. We know first hand the fight for a 24 weeker having a nephew who came out fighting at just 24 weeks and is now 8 years old! We were blessed with amazing nurses and doctors to take care of our son when we couldn't. We had great neighbors, oddly enough almost all little boys born at 32 weeks and 37 weeks, each working on different struggles but all rejoicing in their parents love and hugs. The NICU staff is amazing and really does try and heal the whole family. They often could be heard asking how Mommy and Daddy were, if we had eaten, slept, if we needed anything. Often times they would hand me a cup of tea and a cookie, or assure the mommy next to me that her little guy would be okay if she took a nap. Gently pushing us worried, stressed out mommies and daddies to take care of ourselves because our little guys could and did need our strength. Bringing our son home was bittersweet and oh so scary. You no longer have machines attached to them telling you that yes, they are breathing, their heart is beating. You carry around the oxygen machine and home that your little one comes off that soon, because babies hate wearing those little nubs in their noses! At the end it all, all we can say is THANK YOU to the dedicated staff and to hang in there you are not alone to the parents going through this right now. 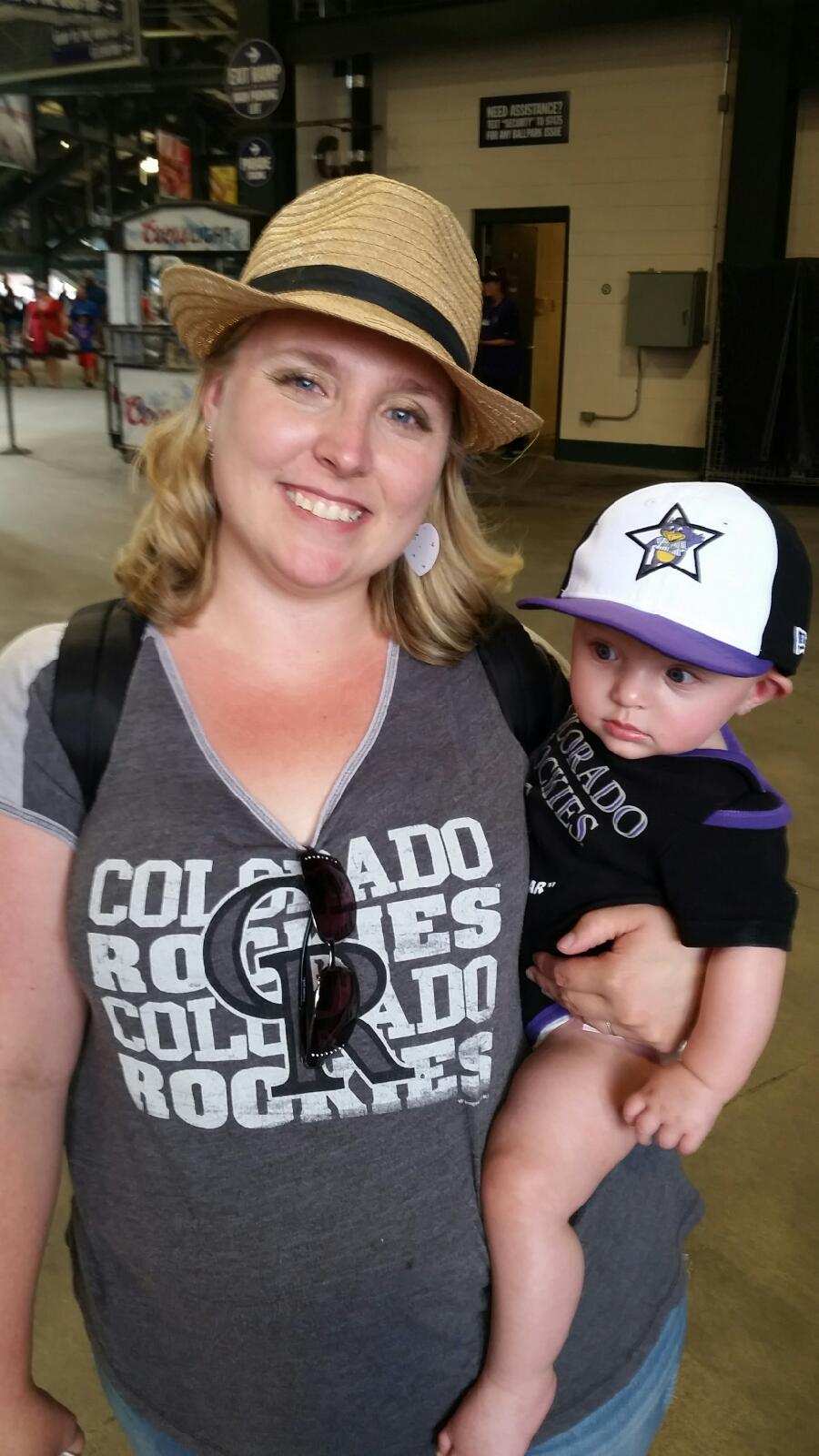 Mommy to an angel baby and an active toddler. Happily married and enjoying life in Colorado.

My Sweet Surprise
Two of a Kind
NICU Our Kaden
advertisement

My Sweet Surprise
Two of a Kind
NICU Our Kaden