Published by Michele Lago on November 1, 2017

Since we were born in 1979, the birth rate of twins has risen 62 percent worldwide, with approximately 15 sets of twins for every 1,000 births. Which means there is a doubly good chance that you know a set of twins, are raising twins, or are lucky enough to be one yourself. But still, there is a mystery about multiples — what is it like to exist in the world with a genetic doppelganger?

We certainly don't speak for all twins, but we could be considered a success story. Buddies from birth which developed into true kindred spirits in childhood and an inseparable connection as adults. Almost forty years into to our partnership, we have our shared insights on the funniest and most unique things about being a twin and what has helped us to thrive side by side.

We are lucky to be look-a-likes with a BFF connection that is something akin to twin telepathy. No, one of us hasn’t broken a bone and the other one felt it, but we do have an uncanny sense of when the other one is hungry. Countless times we’ve looked over to find ourselves sitting in the same exact position or have spoken a random phrase in unison. We once even unknowingly bought the same shirt on the same day when we were across country from each other.

As a twin, your identity is not entirely yours. When someone is literally a reflection of you, it’s motivating to be your best on behalf of both. This doesn’t mean that you’re not your own individual, but there is an added responsibility beyond just your own well-being. Growing up we held each other to high standards in our actions and efforts because we knew were looked at as a unit. You live with the threat of your sister accidentally (or worse, purposely) embarrassing you because whatever she’s done might get pinned on you. That’s the best excuse in life, by the way... “It wasn’t me. It was my twin.” Sure, we’ve both sheepishly used it on occasion, but no confession here. The reality is we truly have never wanted to let the other down.

Growing up in tandem, you get used to sharing very quickly. Birthday, toys, clothes, friends, even a soda. That sets you up to either lead a life of generosity, or hoarding. Thankfully, for us, it set us up well to believe in fairness but also have empathy for others. Sure, we sometimes needed our own time to shine but we were conditioned to generally think of the whole and greater good. We also developed a robust bartering system where we traded and bargained for our individual priorities... One gets to choose the TV show, the other selects her spot on the couch. We split the cost of a dress and each wear it to a separate occasion.

Our forward-thinking parents fostered our connection as kids by creating an environment for us that embraced our togetherness but also encouraged us to develop our own interests and personalities. This philosophy included not wearing matching clothes unless we chose to (which was not often!). It also meant that we had shared friends, and some of our own, shared activities, and some of our own, and on and on. The backbone of our individuality was knowing we had the ability to be independent but the desire to be together. It’s like that old saying about how distance makes the heart grow fonder. The more we developed our own strengths, the more we appreciated what we saw the other accomplish.

That said, competition is the most common pitfall among twins (similar to all siblings) but heightened because it’s technically an equal playing field. Admittedly, it took us time to figure out our own paths and not constantly compare. At age 12 one of us was into dressing like Punky Brewster so the other went full-on Laura Ingalls Wilder. It did sometimes take prodding from our parents to encourage us not to give up when we saw the other one was clearly excelling at something — anything. From that experience we developed grit and learned when it was appropriate to simply admit, and appreciate, our sister was better at something. All the grades, awards, and milestones more or less evened out in the end. The only thing that we’ve never let go of is a good old foot race. Approximately once a year we set up the equivalent of a 100-yard dash to see who in that moment of time has the most stamina and zip. The race always ends with laughter (and as we age, increased huffing and puffing) no matter the outcome.

Normally, people shy away from commenting on your appearance. But that courtesy flies out the window when you are a multiple. We often stand side by side as people assess, “your checks are fuller,” “her hair is curlier,” “are you the same weight?” It honestly doesn’t bother us though because A) the comments are generally true and B) we bet on what people will notice. It’s an endless game of us owing each other a milkshake. Once people know us, we are easy to tell apart... but it’s admittedly kinda fun to let someone flounder until they catch on. Often one of us will be in a conversation with someone who is clearly trying to figure out who we are. In that case, we might just purposely answer vaguely and only use pronouns to make them squirm.

Probably our most twinning moment of all time is when at age 14 we were in a minor car accident and both suffered whiplash. Just imagine seeing a set of twins walking around the high school campus in a matching school uniform AND matching neck braces. Giggling just thinking about what a sight we must have been.

As we aged into teen years any beyond, we became savvier in our twinness, and ultimately better at using it to our advantage. Just a few examples of additional benefits beyond having the perfect sidekick for life. This is for all the twins out there looking to maximize and capitalize:

The one thing we can’t reasonably do as twins is dance without a buffer between us. Because we end up unknowingly doing the same dance moves, at the same time. Which results in a lot of looky-loos and us being slightly shamed by the other’s moves with sudden clarity at how our own moves look.

Here's the lightning round of questions most commonly asked of twins: Have you dated the same guy? No. Has a boyfriend ever confused you? Yes. Briefly and only from behind. Are you Siamese twins? No. Do your names rhyme? No, thank goodness! Is one of you the evil twin? We point to each other and the person laughs and we roll our eyes in unison. When you look in the mirror do you see your twin? Nope, unless she’s standing behind me. Do you have a secret language? The only one that really stuck was a secret code of knocking on the shared wall between bedrooms. Do you have the same favorite food? Popcorn, bacon and guacamole, of course. Do you like being a twin? We think so, but can you tell us what’s it like not to be one? Never mind, we don’t want to know. Can you read each other’s mind? We’ll leave that to your imagination.

Speaking of reading minds, we do have this one game we call Cahoots that made us a hit at every sleepover and even a few college parties. It’s totally fake but equally fabulous. We can get anyone in a room to think we can guess what object the other one is thinking. To this day, nobody has ever figured out our trick. Don’t ask... will never tell!

The most obvious thing twins share is a birthday. It’s really awesome to have someone to always celebrate with. And, more importantly, to weather each stage of life with. For years, we’ve exchanged anniversary cards instead of birthday cards because it feels more appropriate. Our birthday is truly just a marker to celebrate another year of us being us. 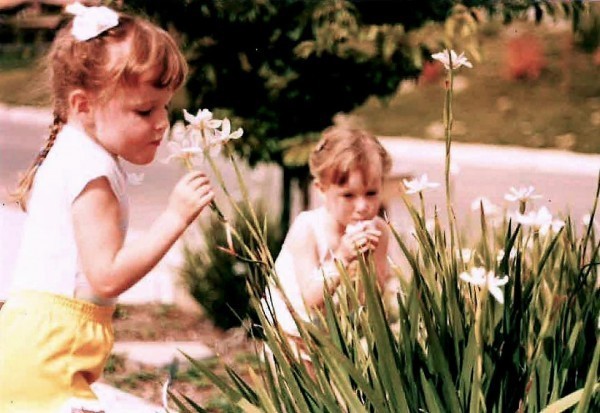 Clearly, we love twinning. For us, there really has been no downside. From our experience, the only true injustice in being a twin, is that although you always come into the world together, it is very rare you leave it at the same time. This means that one of you is ultimately left twin-less. We never really thought deeply about this inequity until now, because in our case, it’s me. Losing my twin, Jenny, was nothing she or I could have prepared for.

Nine months after Jenny’s sudden death, I’m reminding myself daily that I am still a twin, even though my incredible sister is not here to borrow my jewelry or for us to exchange daily happenings. It shakes me to my core that I’ll never have the joy again of walking down the street with Jenny and hear, “Hey, are you girls twins?” Or the ability to call Jenny and have her understand me without any words. I’ll age with my newfound grey hairs we should have been comparing and curse all the things on our do-together list that will remain there.

Being twin-less is the worst kind of identity crisis for someone who has only ever been part of a duo. It feels like the hole in me is the whole of me. So, I’m working on accepting that even though we are now not physically together, we’ll forever be twinning. Jenny and I absolutely loved to talk and laugh about all the quirks and perks that came with being a twin. That’s why I’m sharing this with you. I’ve smiled more than I have in a while writing this because it’s the part of me I love the most. If you are lucky enough to be one, treasure your twin. If you have twins, nurture their connection. If you know twins, learn from what they can teach you about loyalty and friendship. Jenny profoundly shaped me into the person I am, all the while being an exceptional person herself. I have a huge amount of pride to be her other half. She would tell you I’m her better half. I would respond that’s she’s mine. The one thing I know for sure is we are better together. Always.

The Miracle Twin: A Story of Birth, Loss and Organ Donation 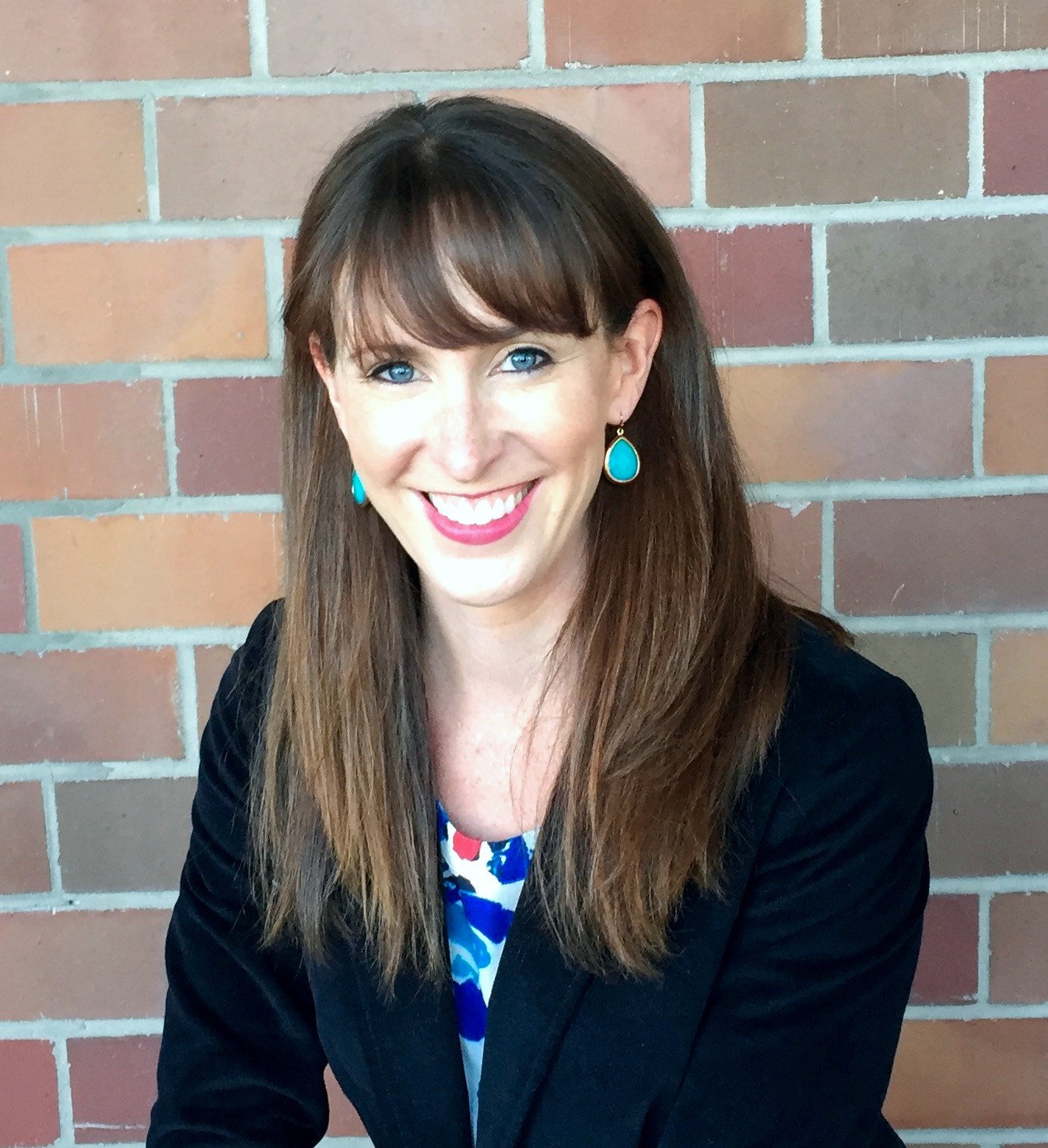 The Miracle Twin: A Story of Birth, Loss and Organ Donation
Managing Parent-Teacher Conferences as a Twin Parent
How Having Twins Changed Everything
advertisement

The Miracle Twin: A Story of Birth, Loss and Organ Donation
Managing Parent-Teacher Conferences as a Twin Parent
How Having Twins Changed Everything