Published by christie cuthbert on September 28, 2021 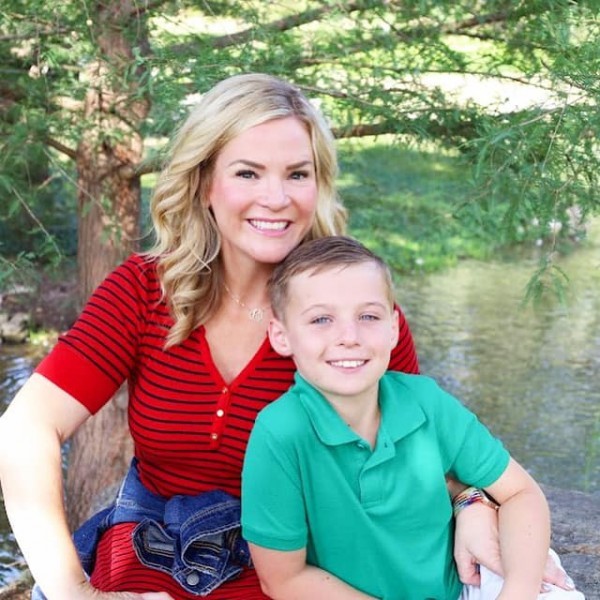 There’s a memory from a few years back that I’ve done a great job shoving somewhere way down deep, but when it pops up it puts an immediate lump in my throat.

My son was 6 years old and already showing signs of dyslexia, but it was still too early for a proper diagnosis. We were at the pool, and I was letting him hang out with boys from school. I was sitting a few chairs back, listening in as moms do, when I heard the other boys begin to rapid fire quiz him with math problems.

When he didn’t answer correctly, they began hysterically laughing and saying, “How in the world do you not know this?”

My sweet little boy, who thought he was hanging with friends, became the butt of their joke, because his dyslexia delayed his speed in learning.

When we moved that summer, and he began first grade in a new state, things got worse. He developed a vocal tic that sounded like a squeaky door and was diagnosed with ADHD and a motor tic disorder. Every single day he would sob the entire drive to school, begging not to go. I couldn’t blame him. Who in their right mind would want to walk into a building for seven hours a day knowing you’ll be made fun of and fail at your work the entire time you’re there?

Sounds terrible, right? It was.

I tried music to pump him up, incentives, but at the end of the day, nothing could alleviate the crippling anxiety that would wash over him as he entered the school doors.

Every single morning at 7:45 a.m. my heart broke into pieces. The following year I was able to get him into a private school for those who learn differently, which gave him a brand new outlook on school and his future. While his academic setting drastically improved, he still found judgment in social situations outside of the bell ringing. ADHD made joining a baseball team rough. I anxiously bit my lip from the stands as he received eye rolls from teammates because his focus kept him from completing a play properly. These days it’s the stares or comments of passersby in the store when he tics, something he has no control over whatsoever. One sales associate at a sports store even said, “What the heck was that?” to his face.

Raising a child with learning and neurological differences is an emotional roller coaster, and once they begin school and are no longer in the comfort bubble of home, you can’t control everything this big world is going to throw at them. But what you can do is teach them to accept their differences with pride, and to advocate for themselves.

Sure, ADHD, dyslexia, dysgraphia, dyscalculia, Tourette’s syndrome, processing delays, anxiety and more make you “different.” But so do allergies, hair color, taste buds, athletic ability, singing voice, dance moves, sense of humor, gender, culture, creativity and so on. We are all different, and when children who learn differently educate their peers, there’s understanding, and stigmas are decreased.

When my son went to camp this year, he had a pretty loud vocal tic we lovingly named “the airhorn.” The night before camp, I was yet again anxious about him walking into a brand new group of kids who may mimic or make fun of him.

“You know what?” I said. “Just go in there tomorrow and educate everyone. Speak up for yourself and teach them about tics. Often times we as humans make fun of something because we don’t understand it, but if you share with them what your brain does, they’ll understand, and it will become an afterthought instead of a focus.”

He did just that, and the minute the kids learned, they understood and developed empathy. They didn’t even notice his tic the remainder of the summer, and when a new child would join camp and start in, the others would immediately stand up for my son and advocate for him.

For me, the key is to give your child confidence, and make them proud of who they are. Help them understand that differences aren’t setbacks, they’re awesome. While it may make academics hard right now, in the marathon of life, these kids will have more perseverance and determination than others because of their ability to overcome challenges.

Watching what transpired this summer inspired me to write the book “The Mischief Makers Learn Differences are Awesome,” which empowers children with learning differences to share with friends, advocate for themselves and be proud of who they are. 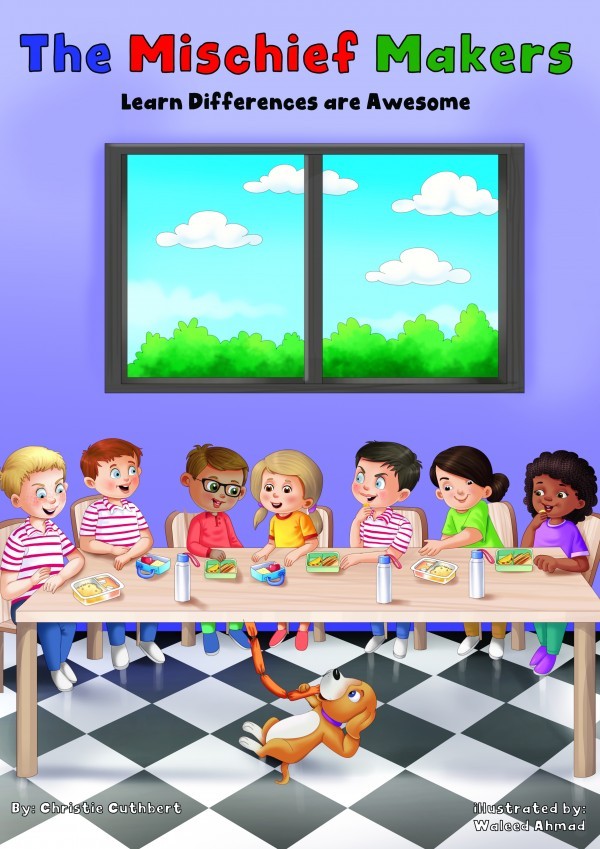 The book tells the story of a group of second graders on the first day of school. One child, Rory, is wiggling around during story time. When the kids question him about why he is acting out, he chooses to share about his ADHD and educate his classmates. His bravery gives others the confidence to share about their own differences, and by the end of the book they all become great friends and admire each other for opening up.

I wrote this book for myself circa 2017, when I was feverishly searching for anything I could find to help my son understand his new differences. There was nothing.

I want the thousands of parents who get that call from the doctor to have a resource for their children, and I’m beyond proud of the impact this book could have.

In recent years publishing companies have done a great job of including autism awareness, gender equality and racial diversity in children’s books, but there continues to be a massive absence of books with relatable characters for those who learn differently.

This book is needed now more than ever, to build confidence, to remind these kids they’re awesome, and to share with others so they may become educated too.

To purchase the book, click here, and join our Differences are Awesome campaign this October by sharing your story with the hashtag #differencesareawesome on social media.

Christie Cuthbert has been a journalist for 18 years and is the author of "The Mischief Makers" series and “Mom! I Farted in Church: One Type A Mama’s Journey Learning to Laugh and Let Go.” Follow along on Instagram @christiecuthbert