My son learned about social media exposure the hard way

Published by #WhyAmIYelling? on December 2, 2018

One thing we can all agree on as parents is that raising humans is a hard job. When they're tiny we think we're experiencing the worst of it with round the clock feedings, no sleeping and constant worry that we're doing this parenting thing right. Oh man, what I wouldn't give for those days back as my kids grow up and move into more delicate phases of their lives. It's exhausting!

A few weeks ago my teenage son was caught using inappropriate language in a text with his friend. And when I say inappropriate, I mean words we do not speak in our home. Words that he knows we don't use because they are offensive and vulgar in our belief. And if you know me in real life, I curse. Sometimes like a sailor. But there are words I will not allow and this was one of them.

None the less, there it was, in print, in an Instagram direct message, and I saw it. Then I lost it. Like REALLY lost it. Now I know it's ironic that I write a blog called Why Am I Yelling? when I'm not actually a "yeller." I mean, yes, of course I yell, because I'm human, but it takes a lot to get me to that point. I typically start my frustration level at a one or a two, not an off the chart number. In this case, I accelerated to a gazillion pretty quickly. 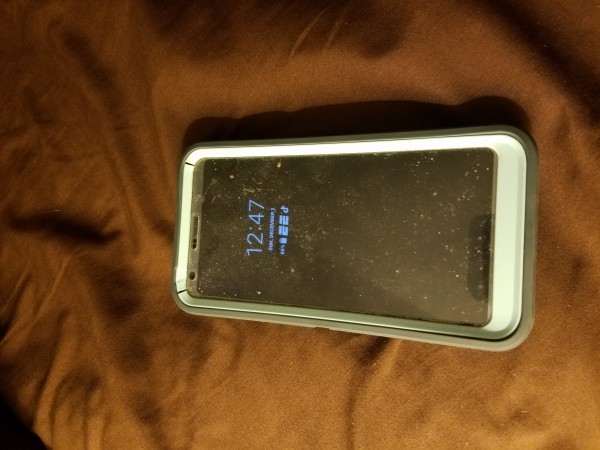 Upon reading the text, I could feel the heat rising through my neck up to my face. My heart started beating faster and I began to shake a little bit. I was beyond livid at this child who for the most part is typically the picture of well rounded politeness. I was not prepared for this one. At all. So instead of gathering my thoughts, I dove right in. Yelling about how offensive these words are, how awful it is to see, how disappointed I was in his choice to use them, and so on. I think I was having some kind of out of body experience because my son immediately started sobbing at my reaction. He was now screaming apologies and professing his love for me in an effort to show me that he was truly remorseful.

After walking away and taking some time to cool off, I sent a picture of the text to his father at work. We had plans to go to a concert that evening, and I was too upset and worked up to find the energy and enthusiasm to go, so I called it off and my husband came home early. We had to deal with this in a rational way. We had to make our child understand why this was such a big deal.

Because I flew off the handle at the beginning, it never occurred to me what the shelf life of something like this could be until my much more rational husband mentioned it to our son when we spoke to him later that evening. He basically explained to him that when he and I were kids, we didn't have social media to document every single thing we did. If we said something to a friend that was inappropriate, most of the time it wouldn't get found out by a parent. These days, that's not the case.

My husband posed the question to our honor roll achieving, athletically gifted son about his future, asking him what would happen if this text was exposed in a few years when he was trying to get a scholarship to college? Or perhaps a job? Not something a freshly minted teenager would typically think about (or his mother either, quite honestly). Yet once my husband put the situation in that context, everything changed. He was basically telling our son not to screw up his future by using words that are deemed vulgar and inappropriate by most of the people we know. When he said it that way, there could be no argument - only agreement that it was a dumb mistake and it would not happen again. A painful lesson learned with the removal of his Xbox and devices for a week as punishment.

It's now a few weeks later, and I'm happy to report we are terrible language free in the texting arena. I am however, more aware of the ramifications of what seemed to be adolescent boundary pushing as a (long shot) possibility of having a permanent mark on his future. Our kids are not safe from mistakes being blown up into something bigger, especially with the invention of social media. And while we as parents are doing the best we can to stay aware and vigilant, things will fall through the cracks. When I tell my kids every day to make good choices, I'm not talking about choosing plain milk over chocolate milk at lunch because of the sugar content, I'm literally talking about choosing right from wrong, because even at the innocent age of thirteen, the wrong choice can stick with you forever.

I'll take those babies back right about now!

Krista Rizzo, CPC - Wife, Mama, Author, Transformational Life Coach and Motivational Speaker is passionate about helping women and teens empower themselves to create change. Krista writes about her personal journey in the trenches of juggling a busy family with her business. Calling herself "The World's Okayest Mom" she wants all parents to know we're all in this together and she's created a place to celebrate our diversity without judgement. Krista's first book titled #WhyAmIYelling? Because...Relationships! The 5 Essentials you need to successfully maintain ALL of the relationships in your life (without yelling) is out now and available on her website.

"Pussy" Is Not an Insult
How to Write a Personal Essay on “LGBTQ and Parents"
If I were a husband, I would get it right. So, why can't mine?
advertisement

"Pussy" Is Not an Insult
How to Write a Personal Essay on “LGBTQ and Parents"
If I were a husband, I would get it right. So, why can't mine?