The Real Prize of Summer Reading

At the beginning of each summer I take my kids to the bookstore to select their initial summer reading choices. The first summer I organized this outing, my daughter Rebecca, 7 at the time, asked if they’d get prizes.

“Yes,” I said. “If by prizes, you mean new books, less iPad time, and new memories.”

She shook her head. “But what if we finish a lot of books? What do we get?”

“You get many trips to the library!” Poor thing was hoping I’d say toy store.

Sam, 9, was also confused. “Is it a competition?” he asked. “Will we earn money or something?” He thought that idea was unfair because the Harry Potter books he’d planned to keep reading (he was on the third one) were so much longer than whatever Rebecca would inevitably pick.

I assured Sam that I had no such reading challenge in mind.

“Read whatever you want,” I said. “Tell me all about it. Pick out another one.”

They appeared unimpressed with the simple plan albeit pleasantly surprised by the lack of structure and direction.

It’s important to me that my kids read, that they’re always in the middle of a book or starting a new one. But I want them to exert some independence in their choices. They can often decide what to read during the school year as well, but summer’s relaxed homework-free schedule lends itself more to discovering the various possibilities on the shelves.

I try to keep my own summer reading unstructured as well. Most of the year, I’m beholden (or I feel that I am) to my to-be-read lists—both the stack of books next to my bed and the digital lists that live in my Kindle and in my library queue. I feel pressure to stay faithful to those titles, especially if I’ve spent money, waited for my turn at the library, or promised a book review to an author or editor. In the summer months, however, I allow myself the freedom to pick books by gut feel, to meander through a bookstore, or immediately start reading the novel that a friend presses into my hand and insists I will love. My book club takes a break in the summers, too. It’s three months of anarchy as far as reading goes.

I can remember some of my choices from past summers, even novels I read two decades ago. Much like certain songs can bring back memories of an entire year, person, or a special time, a book title can unlock images for me of where I was when I read it and how I was feeling at the time. The real prize of summer reading are the memories associated with the extra time to relax and turn the pages.

After my junior year in high school, for example, I spent a summer in Cadiz, Spain, where I read Edith Wharton’s The Age of Innocence. When I hear that title in any context now, I picture the apartment on Calle Ancha where I lived with a Spanish family for six weeks. Intertwined with Countess Olenska and Newland Archer is a memory of my host family’s matriarch, Connie, who made exotic meals like tuna on pizza and periodically handed me the letters that arrived from my boyfriend, Matt.

Connie would watch me cry while I read each letter twice looking for any sign that he missed me. “I’m worried things won’t be the same when I get back,” I told her. Too young to stay in love from so far away, she said in a soothing voice even though those words were far from comforting. Connie’s prediction was absolutely correct, as was my concern. Matt broke up with me early in our senior year. And like Newland Archer, I spent most of that year pining for someone I couldn’t have.

The Flowers in the Attic series brings me instantly to the summer I was 14, when I took a trip to Toronto with my grandparents. I happened to be reading one of the books in the series in the same weekend when my grandmother, frustrated over something I’m sure had nothing to do with me, screamed at me to get my suitcase myself then threw a pencil at me from across the room. Grandma Susie’s outburst bore no resemblance whatsoever to the outrageously abusive grandmother in VC Andrew’s story, but I picture that pencil bouncing off the wall behind me whenever anybody mentions that book.

The novels I read in college while traveling through Chile made the strongest impression. I arrived for a semester abroad in Santiago in January, which is summer break in that part of the world. Classes at the university would not begin until March so a group of us made plans to head south. Instead of packing books in Spanish written by Chilean authors, which probably would have helped me immerse in the language and culture, I found books in a used English bookstore. In those months before my courses began, I read East of Eden, The Handmaid’s Tale, The Chosen, and The Fountainhead. I loved them all, especially East of Eden, which is essentially a scandalous family soap opera. In fact, I seem to remember those books and their characters more vividly than the port towns where I stopped along the way.

So, how will I decide what to read this summer? I’ll begin with my to-be-read piles and lists, but like all summers I’ll allow for the possibility of chance and curiosity. I hope my kids will do the same this year and in the process treasure their extra time to read before the hectic pace of the school year begins again.

A version of this essay originally appeared on Brain Child: The Magazine for Thinking Mothers. Read more from Nina Badzin at http://ninabadzin.com. 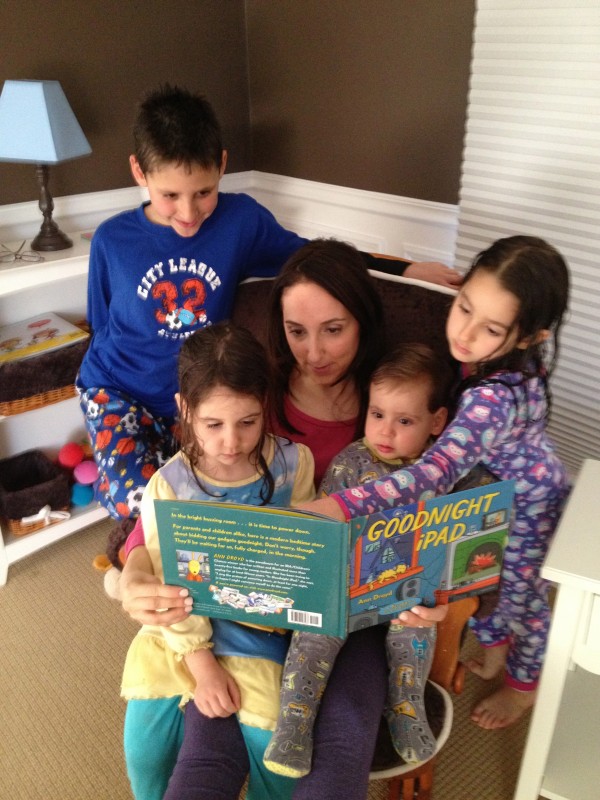 Nina is a columnist at The HerStories Project and a contributing writer at Kveller.com and Greatnewbooks.org. She lives in Minneapolis with her husband and four children, and she is also the co-founder of the Twin Cities Writing Studio.