The Rock That Defines a Friendship

A couple of months ago we took a big oak tree down. After every piece was finally taken away and the landscape of our front yard was forever changed, a rock remained. Somehow this rock had spent a lifetime living under that big oak tree. Through hurricanes and snow storms the tree grew weaker , but little did we know the rock was waiting.

It became a bit of an obsession for these boys to remove that rock. Every morning while they wait for the school bus they chip away with sticks and reveal a little bit more under the soil and remnants of the old oak tree...the tree they used to hide behind, the tree they thought they could try to climb before they even knew how to tie their own shoes. 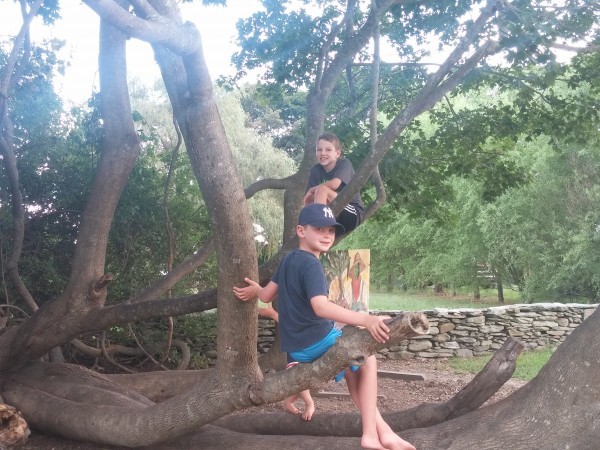 Tonight as I cleaned up from dinner I heard the sound of laughter and talking coming from our front yard. I walked to the front door and saw them digging at that rock with great determination to find the bottom. Like most moms I decided to sneak a picture of the moment, and while I tried not to listen too intently to what they were talking about, I heard enough to know that I was witnessing so much more than just two boys digging in the dirt.

The time we spend with people doing what can seem like the most mundane tasks are often the times we are building our strongest relationships. Tonight as I walked back inside to allow these boys the opportunity to talk about life without a mom's listening ears, I turned back to take one more look, and I realized that just like the big oak tree, they are about to experience a big change, but just like that rock, their friendship is strong enough to keep them digging for years to come. 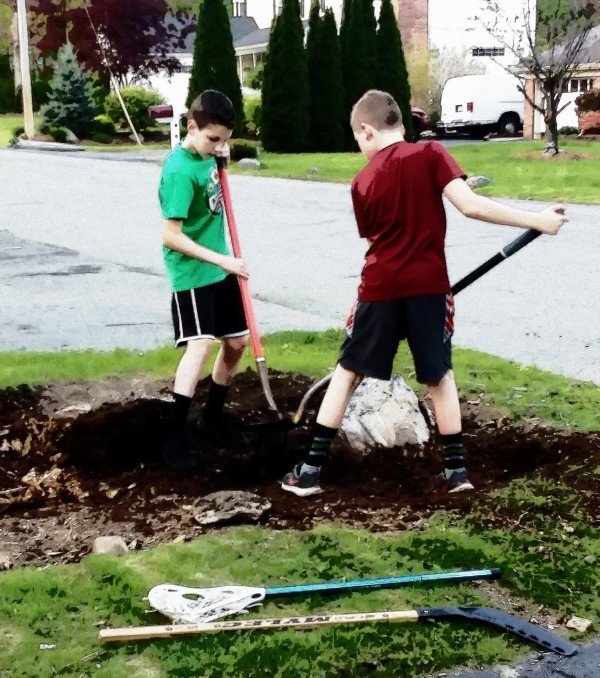 Saying goodbye to our dog while holding his place at the door
Throwing Out the To-Do List
To the moms who have gone first: Thank you
advertisement

Saying goodbye to our dog while holding his place at the door
Throwing Out the To-Do List
To the moms who have gone first: Thank you