They Just May Need You A Little More

Published by annelieselawton on January 13, 2019

My boys have never done very well with the sleep thing.

It would take hours to get him to sleep at night. And until he was 18 months old, he would wake up every 45 minutes. It nearly broke me. Actually, it did break me.

His sleep habits were enough to make me never want another child. One and done. I couldn't do it again.

But as my older son approached 17 months, we welcomed my younger son. And while I think he sleeps like an angel compared to big-bro, most would think the hours of shut eye I clock at night are terrifying.

My boys don't do the sleep thing well.

For my oldest son, he's always wanted to be close to me. On me. Basically right back inside of my womb.

He feels safest when he's got one hand on my cheek and another twirled in my hair.

And when he was a baby, I was convinced he had to do it on his own because of the rules.

I didn't want to give him a crutch.

In both cases though, my babies want the smell and touch of love and safety, they have a heightened awareness when it's not there - and for them that "there" is me.

It's not a fault of theirs that they want...no, need their mama close. And sometimes when I'm totally and completely sleep deprived, I forget.

When I was a little girl I was terrified of the night. Terrified.

I'd surround myself with pillows and teddies and blankets to keep the monsters out.

I still do it, even with my husband within close reach beside me.

Night has never been my friend.

I just wanted someone there with me to keep me safe.

And now that my oldest son is able to communicate that with me, it all makes sense why he was the way he was. Why he is the way he is - he needs me. Maybe a little more than the rest. And now, knowing exactly what he needs, my mama heart can't tell him no.

Some nights he sleeps in our bed.

Some nights I sleep in his.

Some nights he sleeps completely alone.

Some nights it's a gong show of running between rooms. Rocking baby brother into a deep sleep and offering my oldest the security he needs.

Some may not understand my new and enlightened approach to their sleep.

I'd be lying if I didn't say some nights... most nights.. I really just want to be alone and untouched.

But they need me.

Or at least since telling myself that, tolerating their sleep habits has become a lot easier.

Embracing the cosleeping and the late night rocks have become something I cherish.

Their little hands won't always reach for my cheek.

And my older son is showing me that the nights certainly get easier. Sleep does come, friends. It's something I never thought I'd say.

Because the first thing I whispered to each of them the moment the stick turned pink is "my baby, I will always keep you safe."

So, safe it is. Whatever that may be. 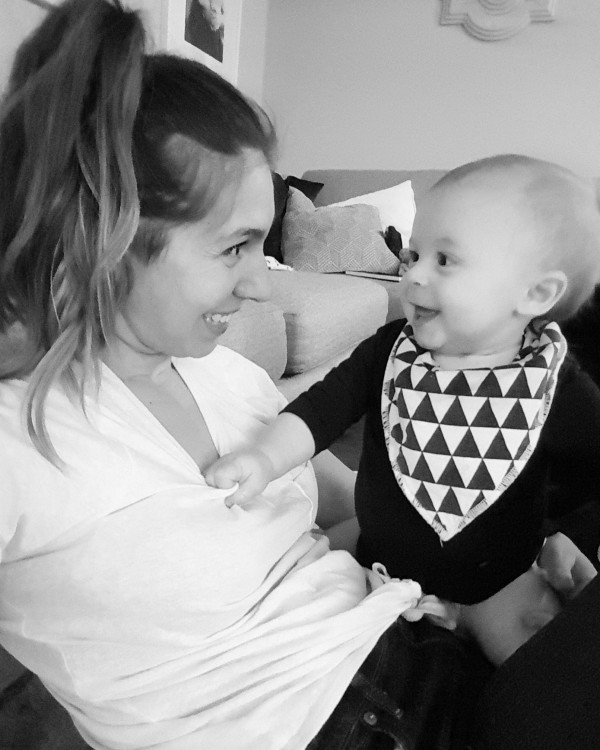 I'm a Canadian wife, mother, and writer. I have one handsome hub, a spunky pooch, and two beautiful (and rambunctious) boys. Other loves of mine include fishing, food and fashion. It is my hope in my writing to inspire, empower and help other women find joy and peace within themselves and their lives.

The Greatest Lesson of Sleepless Nights
Slowing down Chase!
I used to be such a nice person...
advertisement

The Greatest Lesson of Sleepless Nights
Slowing down Chase!
I used to be such a nice person...